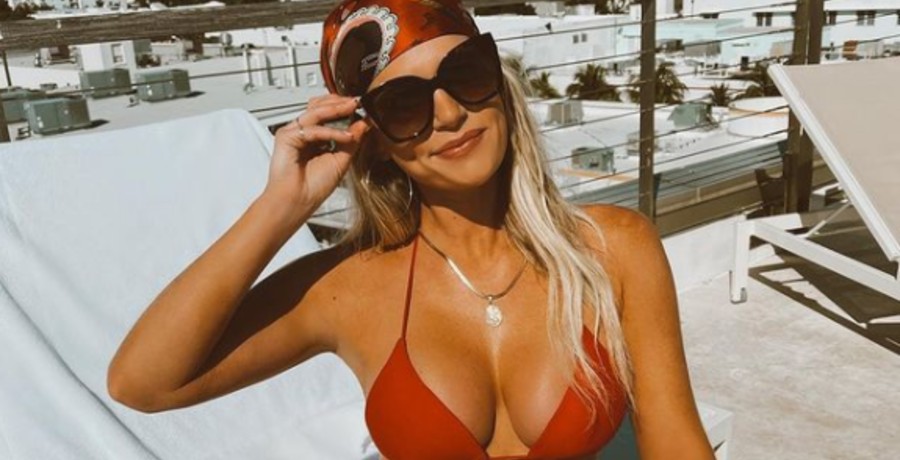 Madison LeCroy is at it again, because she can’t help it. Recently after rumors of a relationship with the Southern Charm star Jay Cutler and his ex-wife Kristin Cavallari posted a joint Instagram picture. It appeared to be a united front against trolls. For some reason Madison has taken to Instagram to post ‘receipts’ from Cutler because she’s being called a liar.

Madison LeCroy not only shared screen shots of her messages with Jay, but also a selfie. They are together and at the bottom she wrote, “too bad it didn’t work out.” This whole text exchange is a bit confusing and some fans have accused her of deleting part of her responses before sharing. Read on to see what they said.

What Did Madison LeCroy And Jay’s Text Exchange Look Like?

It starts with a text from Madison LeCroy saying he didn’t tell her he was coming. Jay said he was going to and she said you have to ask first.

Later he said he bought the flight and he can change it if she can’t hang out. The next thing he says is perfect prompting fans to think she deleted whatever she said after he booked it, because it looks weird. Madison has Jay as JC in her phone and accompanied  her story posts with Kermit the Frog sipping tea.

Things Took A Turn At That Point

The second message Madison LeCroy shared took on a different feel, because it felt like a fight. The first question from her is, “why would I do that?” Again fans are thinking she kept some of her responses out of it.

It isn’t clear what she’s talking about.  Jay said he wasn’t pleased his name had been brought into it. She told him she respected him and his family and wouldn’t say anything to mess that up.

After he said no one wants this mess, Madison quit being nice. She said the whole thing disgusted her. She said she’d never said anything about Kristin. LeCroy told him, “I want no part of being involved in payback or drama.” Madison told him he should have left her along if he wasn’t interested in something real.

The Southern Charm Star Is Unbothered

Madison LeCroy posted a picture on Instagram of herself in a bikini. She captioned it, “unbothered.” It clearly is a message directly related to her stories about Jay. Lots of fans said she is acting petty, because she posted the texts. She posted another one today that says, “blocking more than the sun.”

One fan said, “if you’re so unbothered, why are you deleting all the comments?” Another said, “the receipts aren’t a good look for you. Remember you’re a mom first.” Several other fans made comments about her being a mother. A commenter said, “I’m pretty sure you’re always bothered.” One thing is for sure. This story isn’t over yet, because Madison won’t let it be.

What do you think about Madison posting private text messages? Does this surprise you about her? Comment with your thoughts below.