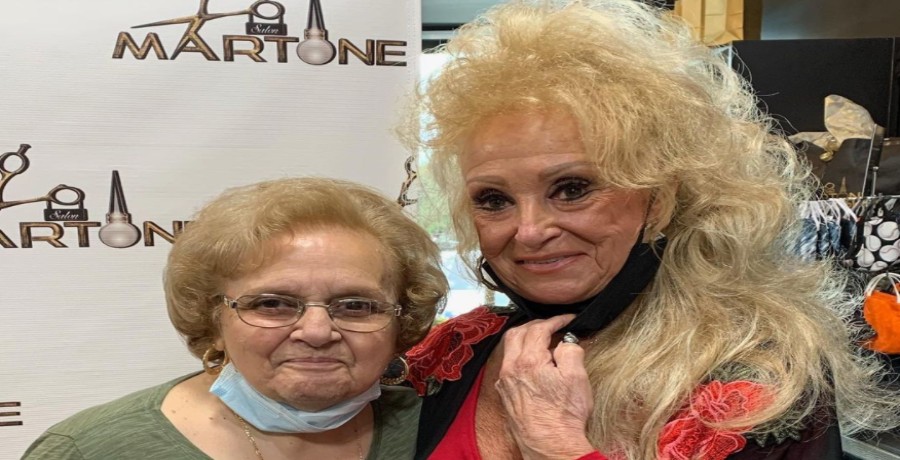 Foxy Grandma of Unpolished had a scary thing happen when she made her husband a sandwich. The feisty blonde recounted the story on her granddaughter Lexi Martone’s TikTok. Sitting in a chair with her red nails and black lace face mask she said she made the sandwich for him on pumpernickel bread. Foxy said all of a sudden he’s choking, and she mimics the noises he made. She said she washed it when he got it out and it was a bone. Angrily she wrote the company a letter and the scene aired on the premiere of Unpolished with a phone call Jen made to her mother. When she told Jen, her daughter said, “tuna fish doesn’t have bones.”

Foxy made sure she scotch taped it to the letter. Now, the reality star says she expected, “tuna for life.” According to Lexi and her update, that isn’t what the company sent to her. Lexi captioned the video, “Foxy isn’t happy.” Papa sat by listening to her telling the story with his usual calm manner wearing a plain black mask. 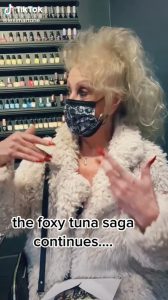 What Did Foxy Grandma Say In The Letter?

Foxy Grandma said she wrote a nasty letter, “you almost killed my husband.” Instead of getting tuna for life, they sent her fifty cent coupons for tuna. Foxy said she was very angry. She ripped up all the coupons. Foxy exclaimed, “my husband is worth fifty cents, you idiots. He’s worth millions to me. I want tuna for life.”

Foxy is the kind of person who doesn’t hold back. Followers have been waiting for some kind of response from the tuna company. Lexi also shared an update on what she is calling, “the tuna saga,” on Twitter. She shared the following conversation between her mother, her grandma, and her aunts.  In a group chat called Popcorn Playas, Aunt Margy said, “omg I just choked on a cookie when she said that.”

Fans Want Her To Get Her Tuna

Fans are mad that Foxy only got coupons. One said, “bless it, Foxy just wanted some free tuna for life! Is that too much to ask?” They tagged Bumblebee Tuna in the tweet. Recently Foxy has become the star of Lexi’s TikTok, although Lexi’s nail videos are still unmatched. She learned what hump day was and showed surprise she didn’t know before. She also told Lexi the red nails she did for her were, “sl***y.” Jen Martone also has some funny thoughts up on her TikTok as well including dating advice

You just never know what she’s going to say. Do you hope Foxy gets free tuna for life? What do you think about the bone? Comment your thoughts below and watch Unpolished on TLC.