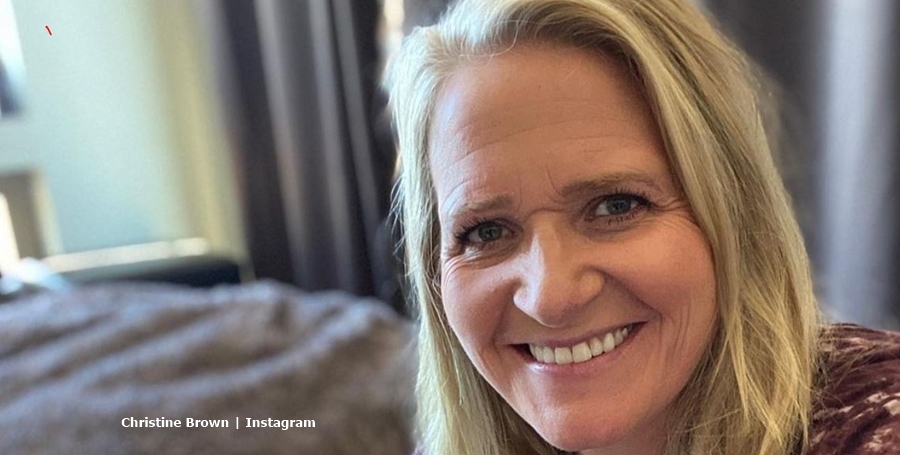 Christine Brown wanted to try some new Christmas traditions this year. And now, it looks like she’s starting a new one for the New Year. In fact, instead of taking down her Christmas tree, she just redecorated it. Actually, TLC fans like the idea. Maybe Sister Wives fans start it as their own tradition.

We reported that during her Car Confessions, Christine said this year, she wanted to try Christmas traditions from around the world. And it looked like a rather interesting idea. She felt it was a way of spreading “love” during the holiday season. She never told her fans which new traditions she adopted. However, plenty of fans might adopt her Christmas tree idea as a new tradition for themselves.

What we do know about Christine Brown and her Christmas, is that it was a very special one. Despite the coronavirus, she gathered all six of her kids home for the holiday. Notably, Gwendlyn said they all socially distanced/isolated for two weeks to facilitate that. So, more memories were made and the Sister Wives mom sounded thrilled about it.

Christine took to her Instagram on January 5 and spoke about redecorating her tree. She took off the Christmas decorations. No doubt, very carefully and without the help of Ysabel. Recall, ahead of Christmas Day, Ysabel broke her favorite decoration and Christine stepped on it. So, she went across to Janelle’s place to get the glass removed by Logan.

Now, Christine Brown said she put up new decorations. This time, she “switched [her] decorations out for more neutral tones.” And, she hashtagged it with #newtraditions.

TLC fans loved the idea and many of them responded. One of them commented, “That’s cool! Fabulous idea💡❤️.”

Another Sister Wives fan noted, “Ooooooh, I love that idea!! Might do that next year!”

Certainly, it looks like she started something new for fans to consider in years to come.

Is redecorating a new idea?

Interestingly, it’s not a common practice by the looks of it. However, one blogger does the same thing for the New Year. After Christmas, they take off the obvious Santa things and replace them with subtler decorations. Jennifer Perkins.com notes that it makes for a great feature to toast in the New Year. She also noted, “It does not have to be overly complicated; just stick with a metallic theme and use what you already have on hand.”

Notably, it also means that Christine Brown can still keep that lovely scent of the tree in her house for as long as it lasts. What do think about the Sister Wives star redecorating her tree in the New Year instead of taking it down? Will you try it next year? Sound off in the comments below.