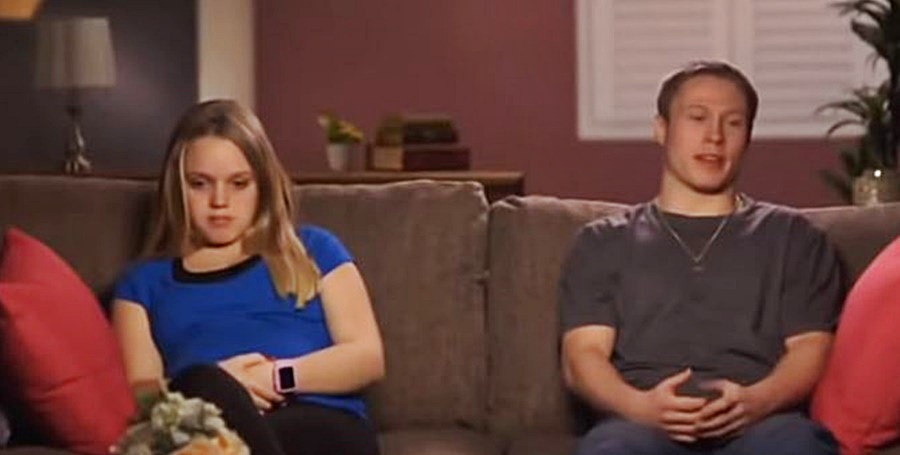 Unexpected stars Taron Ward and Reanna Cline only just arrived on TLC. And fans know that although they see Taron on the show, Reanna no longer talks to him. Very young, fans think Reanna needs to grow up fast and big time. But, while people slam her as immature, she is only 15 years old. Taron moved on. But is he dating someone else?

We reported that Reanna told off those fans who keep on questioning her about Taron. Plus, it looks like people also question if Reanna manages to raise her child without Taron helping her. She told them via Snapchat that she won’t get into any drama about Taron. And, she claimed that she has some very good reasons for not discussing him. Well, fans heard that he cheated on her. Perhaps more comes out about that on the show.

When it comes to her baby, the young Unexpected star said that she “cares” for her. Plus she “continues to do so.” Also, her daughter, Danica, born in April “has a great life and [a] great support system.” Not much is known about Taron. Starcasm didn’t initially uncover Taron’s social media online. Plus other outlets said he doesn’t have one. Nevertheless, we found him as he looks like a footballer. So, is the Unexpected star dating anyone special?

On Facebook, Taron’s profile photo shows his daughter, Danica. And, he’s not hiding her on his profile at all. His profile reads, “😊😊😊my little girl Danica Marie Ward born 4/7/20 @7:10am 6lbs 4oz 18in long.” He attended Fredonia High School and still lives in Fredonia, Kansas. And yes, he is a football player. While you need to friend-request him, Taron put up some public photos.

No special new girl features on his Facebook, that we can see. But, the Unexpected star has a lot of followers. Many of them also attended the same school. But, Everything TLC Unexpected on Facebook features a few photos of him with someone named Tori. Taron does have someone named Tori who is a friend. But, it’s not clear she’s the same person. They look quite cozy, anyway.  You’d need to request to join the group if you want to actually see the photos of Taron and Tori.

At this time, it’s not clear if there’s another guy in Reanna’s life. But she shared some photos on her Instagram and tagged someone named Logan Knopf. Some of her followers said they thought they looked like “a cute couple.”

If the Unexpected parents, Taron and Reanna moved on with other people it’s hardly unsurprising. After all, from the TLC show, fans know that they had a lot of differences, and she doesn’t talk about him at all.

What do you think about Taron possibly moving on with a new girl named Tori? Are you unsurprised? After all, he’s a football jock and everyone knows girls on campus seem to like them a lot. Sound off in the comments below.