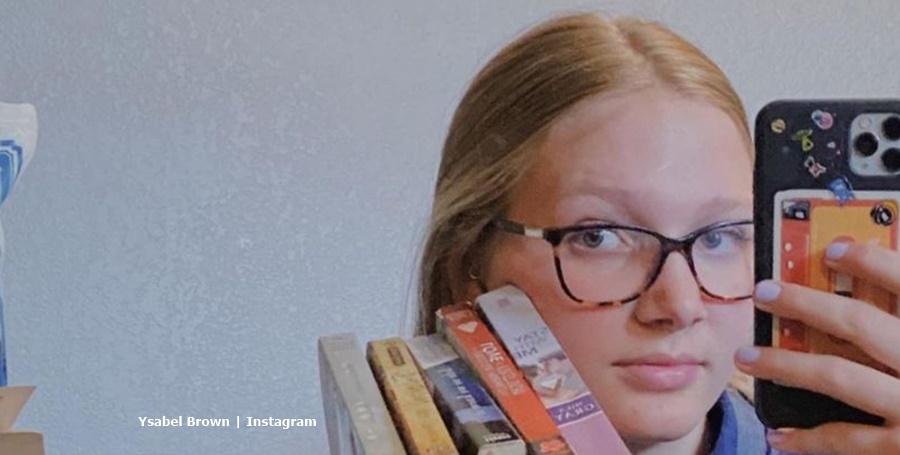 Sister Wives star Ysabel Brown, her mom and a couple of the other kids stayed with their cousins in New Jersey. Initially, Christine said they went on a vacation. But, it later emerged that Ysabel went for her back surgery.  Now, it looks like she recovered from her surgical procedures as she went shopping.

We reported that Christine hinted strongly that they film Ysabel’s back surgery for a new season. And Mykleti talked about the NJ visit relating to that. So hopefully, fans see her journey to good health. Recall, fans saw her struggle with scoliosis or curvature of the spine for years. Kody Brown and Christine always tried avoiding surgery, but it left Ysabel weeping with frustration as she always wore a bulky brace.

After her surgery, The Hollywood Gossip note that the family flew home first class. They reminded readers that Christine asked for help to fund the surgery. However, they forked out first-class prices. The outlet noted, “the question must now be asked…did Christine Brown just rip off her fans?” Well, as Christine hinted at the surgery featuring on another season, maybe TLC paid. But that took place months ago, so fans will be happy that Sister Wives Ysabel Brown went shopping on her own this week.

The Sun UK revealed the happy news about Ysabel on December 14. They reported, ” On Tuesday, the 17-year-old… drove herself to her local high school to pick up a book before heading to a Target.” Well, that news comes as a relief for TLC fans. After all, while people might troll on Kody, they quite like his kids. Plus, when the TLC show covered her daily hassle with the braces, they saw her weeping. So, their hearts went out to Christine’s daughter.

Photos published by the outlet revealed that Ysabel Brown looked healthy. She went off to Target without her mom and drove herself there. Clearly, her doctors okayed her doing so. Plenty of Sister Wives fans admire Ysabel Brown and she really grew into a popular and attractive teenager.  Christine stays fairly quiet on Instagram at the moment. But, back in November, Ysabel posted a photo of herself that got fans gushing.

On November 2, Ysabel shared a photo of herself on Instagram. Holding a bunch of sunflowers, she stood on a road running through a forested area. Many Sister Wives fans complimented her. One of them said, “Beautiful! How is your back?” Well, Ysabel replied and said, “thank you and it’s good!”

Certainly, it looks like Ysabel Brown is set for a nice Christmas. Imagine the relief knowing she probably no longer needs those ghastly braces every day and every night.