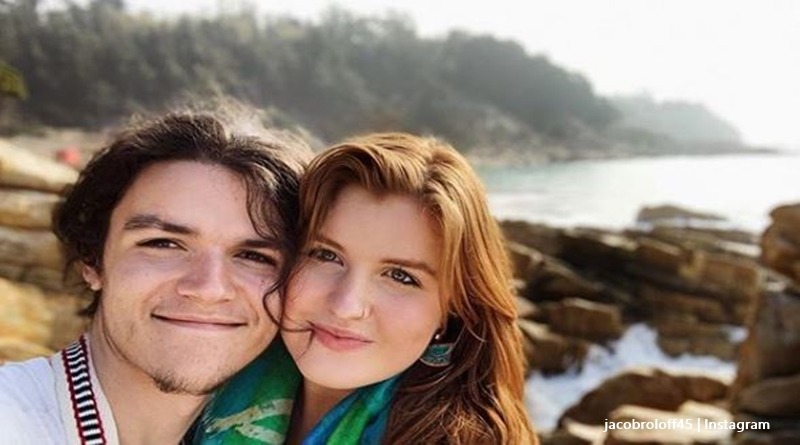 LPBW alums Jacob Roloff and his wife Isabel Rock spark rumors of pregnancy. Plus, she works away happily on a poetry book. So, nothing major ruffles the internet with this rather retiring couple. But Jacob just dropped a bombshell sure to get the attention of TLC, lawyers, and mainstream media. He alleged that one of the old field producers of Little People, Big World molested him. And, he named the person on his Instagram.

Jacob, as fans know, left the show and wants nothing to do with it. What he related on December 15, might explain why he turned his back on reality TV. In his bombshell statement, Jacob assured people that he holds no quarrel with his family at all. He blamed the alleged “perpetrator” for everything that happened. In fact, Jacob claimed that he never spoke out before as this went down when he was a child. And, he needed “silence and time.”

In his long, post, the LPBW alum claimed that he was “groomed.” It all went down with a field producer for Little People, Big World. Having said that, Jacob Roloff won’t go into the details. Mind you, he mentioned that he started thinking about talking after this person texted him “in 2015.” Interestingly, a blogger who ran a site called Keeping Up With The Roloff Family, allegedly ran into trouble when they wrote about this field producer in 2011. And, they claimed a Facebook account they suspected belonged to him got very aggressive.

Jacob straight out named the person he accused of molestation. He is Chris Cardamone who used to work as an executive field producer on Little People, Big World.  Pretty much after naming and shaming Chris, he then stopped talking about it. Instead, he talked about the invasion of privacy and the wrongs of reality TV. Jacob strongly believes that it’s a form of “voyeurism.”

Possibly, Jacob Rolof, now an ex-cast member of LPBW hopes to find a sense of peace now that he spoke out. No doubt right now, his dad Matt Roloff already fields calls about this bombshell statement by his son. In the meantime, until more comes out, and likely, it will, TLC fans commented on the post that Jacob shared. Many people told him they felt so “sorry” that he experienced such trauma as a child.

One follower wrote, “I’m so happy you found the strength to speak up and out about child molestation. As someone who has encountered abuse, I truly understand the feeling of being free of a secret that was never yours to have! Congratulations on your liberation!”

Then, another LPBW fan said to Jacob Roloff, “I’m so sorry that this happened to you 😔 but proud of you for stepping away from the show and sharing this now that you are ready! ❤️”

Many similar commenters reached out with congratulations and sorrow that he experienced this. Remember to check back with us often, as more news about this alleged child molestation by Chris Cardamone emerges.