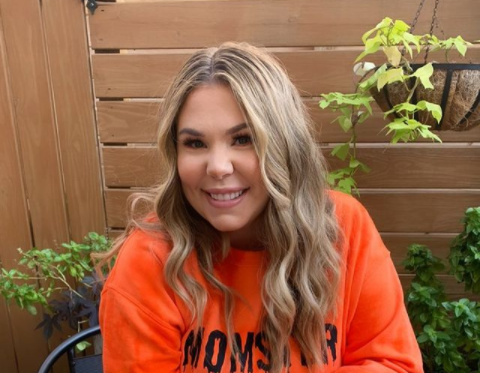 Teen Mom 2’s  Kailyn Lowry is fighting internet rumors about her ‘secret engagement’ to MMA fighter Tabari Grubbs. Unfortunately for her, that’s not where the story ends. Fans on social media aren’t happy with her posting choices lately, calling her behavior ‘manipulative.’

The rumor mill is churning again folks! This time the internet thinks Lowry is hiding an engagement to Tabari Grubbs. Recent photos on her Instagram stories featured shirtless Grubbs having a sweet, almost fatherly moment with her son, Lux. The pic in question shows Grubbs and Lux mixing up pancake batter. Lux looks cozy in his Batman Jammies while Tabari seems right at home in just some comfy sweatpants. 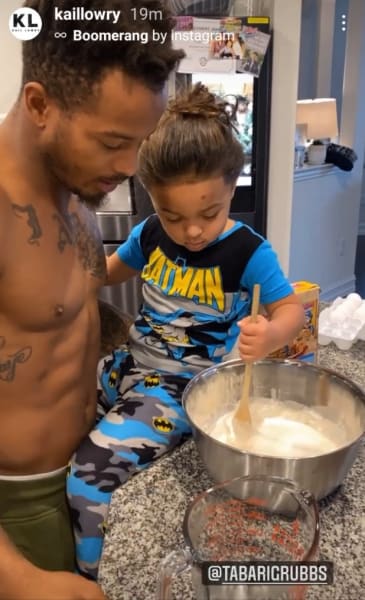 It’s easy to see why this seemingly cute and innocuous photo would prompt some fans to be curious about the interaction. Many fans wondered if the two had hooked up and what their status was. Oddly, fans have really taken the bait on this ‘secret engagement’.

Kailyn, however, has not posted about anything that reveals such a thing. Some fans are even going as far as to message Lowry’s former baby daddy Chris Lopez on Instagram to ask him ‘how he feels’ about the engagement.

In an effort to shut down the gossip mill, Kailyn Lowry posted a screenshot of a recent conversation thread from her ‘Girl Gang’ text she uses to communicate with a few friends. In the text, a friend of hers jokingly congratulates her on her ‘engagement’. Lowry responds by sending back laughing till you cry emojis and joking in return about how people will ‘believe anything.’ 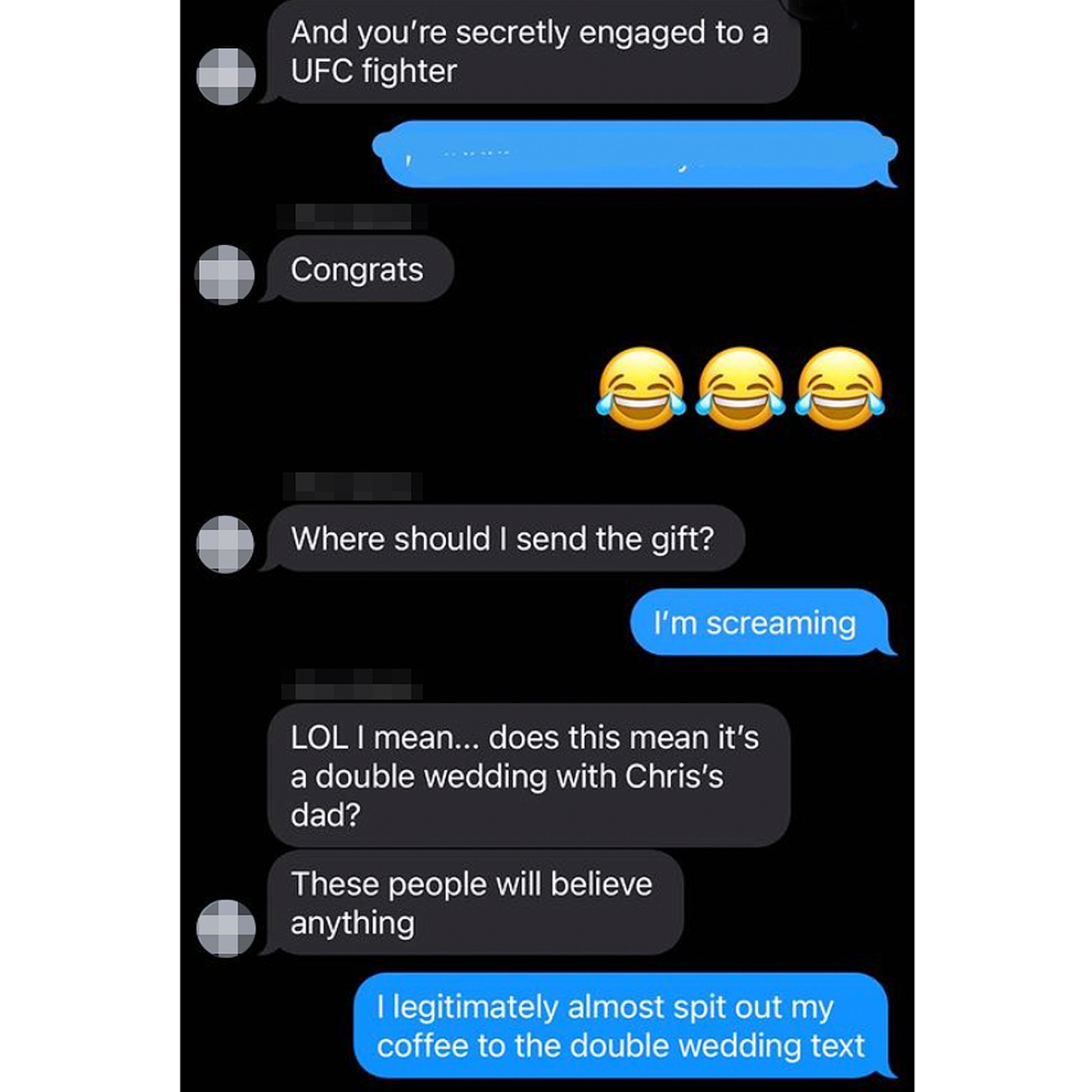 Fans Call Her Out on Social Media

Despite the suspicion from viewers, several sources have revealed that Kailyn and Tabari are just friends. In fact, Grubbs is actually engaged to a friend of Lowry’s named Sterling Black. The pair can be seen together in photos on Black’s social media.

The photo was from a recent Thanksgiving getaway in Texas. Kailyn and her kids, along with Sterling & Grubbs, traveled together and enjoyed a holiday away. They all shared living quarters, which explains the shirtlessness. Considering the group are all close friends – it makes sense that they would all be friendly with Lowry’s kids.

Well yes – but the fact remains that Kailyn Lowry intentionally left out the context when she posted the pic of the half-naked MMA fighter.

Now, knowing the situation – fans are accusing Lowry of using the photo manipulatively. Some people think she used it simply to cause interest and buzz. Other fans think that she posted the photo and let the rumors run in an attempt to make her ex, Chris Lopez jealous.

Before the posts were removed, The Hollywood Gossip reported some of the comments that fans had added to the photo.

“This bothers me way more than it should but I just wanna be like what a trashy ass b-tch. She uses everyone,” one commenter wrote.

“Here she is using her son and her friend’s fiancé to make her ex jealous. I wouldn’t be surprised if the only reason she traveled during a pandemic was to get this ab shot of him,” said another.

Most fans are of the theory that her posting the photo without context info shows deceitfulness. Either she wanted people to talk or she wanted to get under her ex’s skin. Either way, fans are seeing through the facade and are far from impressed. 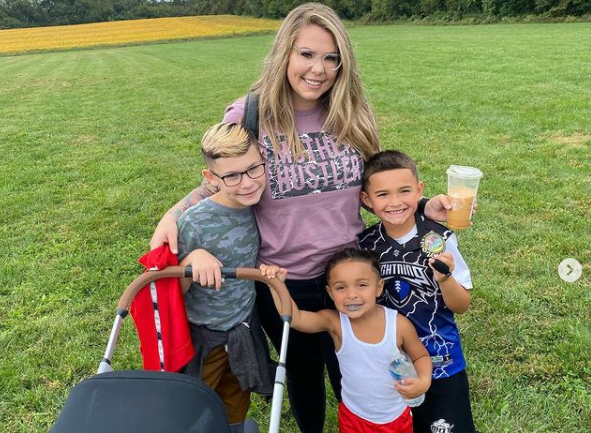 Chris Lopez Responds to the Rumors

Once fans got up in arms about Kailyn’s potential ‘engagement’ it wasn’t long before her ex-boyfriend/ baby Daddy 3&4 would catch wind of the situation. Fans kept sliding into his Insta DM’s asking him what he thought about Kailyn’s engagement. After a number of these questions – he responds, saying that he was oblivious to the drama. “I only found out from y’all asking me about it,” he said.

While fans continued to press Chris for the deets, he decided to take the high road and stay tight-lipped. When asked if ‘we’ [the public] would ever get his side of the story, he poignantly says “I used to feel like my side of the story needed to be told to keep facts right … now, I don’t care what story you choose to believe.”

As of right now, the almost thirty-year-old mom-of-four is single and says she intends to remain that way, at least for a while.

Stay tuned to TVSHOWSACE for all the latest news on your favorite television celebs!