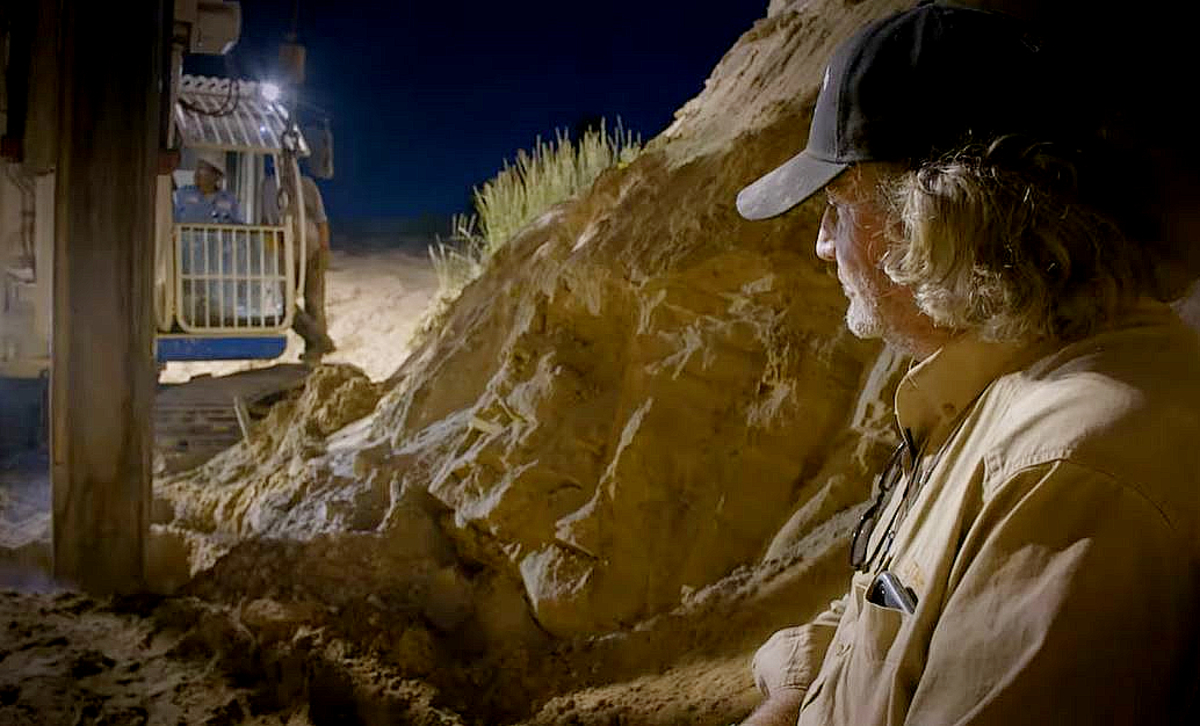 Ghosts in the machine? More like ghosts in the dirt as Discovery has a new series, Mystery At Blind Frog Ranch coming for New Year’s Day on the network and the January 4 on the new streaming behemoth, discovery+.

There are sacred and mysterious places that locals feel should not be disturbed, but the quest for gold and treasure always seems to supersede these feelings.

Caverns of gold in Utah sounds like a nice way to land some treasure, but the devil is in the details as getting it out means life or death, and even inexplicable happenings that make you wonder if it’s worth the risk.

TV Shows Ace got the first look video posted below.

About Mystery At Blind Frog Ranch

Anomalies in land and sea are out there, think Oak Island, the Alaskan Triangle or the Bermuda Triangle, or even Area 51. But now in Utah, a swath of land gets its paranormal closeup.

There are some places on earth where the land just seems different, and Blind Frog Ranch in eastern Utah is in that club.

Citing specific examples, the locals say the land is cursed. Blind Frog is near the Skinwalker ranch, and they think it’s trying to hold on to something.

From Aztec treasure to caverns of gold and silver to lost Mormon mines, legends surround Duane Ollinger’s 160-acre ranch in Utah’s Uintah Basin. But Duane isn’t concerned with the lore. After discovering a system of seven underground caves that run through his property, he is singularly focused on finding what’s hidden in them – no matter what the cost.

Details on the Ranch

Sitting nearly adjacent to Skinwalker Ranch in Utah which is legendary in the paranormal world for sightings and other mysterious activity, Blind Frog Ranch has drawn treasure seekers for hundreds of years.

Prospector Duane Ollinger believes, and to the tune of his life savings at that. He is betting on a return of investment in a fortune of gold in the ground. But with each step Duane takes closer to the prize, weird stuff begins to befall him and his crew.

He has nothing to lose now as he is fully vested and needs to recoup to survive. With his money, resources and reputation on the line, Duane is determines to get to the real treasure, ghosts and near death experiences be damned.

His goal is simple, find the gold, and get out intact. Helping him attain this goal are his son Chad Ollinger, friend and retired Sheriff’s Deputy, Charlie Snider, and Eric Drummond, a renowned geologist who will help him map the faulted land.

Discovery says, “Duane and his crew will pull out all the stops – and heavy machinery – to find the treasure buried beneath Blind Frog Ranch, even if the land fights them every step of the way.”

Creatives behind the series

The series is produced for Discovery Channel by Karga Seven Pictures, a Red Arrow Studios company.

In addition to watching the series on Discovery, viewers can check out new episodes each week and the first episode of MYSTERY AT BLIND FROG RANCH on the Discovery GO app. Viewers can join the conversation on social media by using the hashtag #BlindFrogRanch

discovery+ is the definitive non-fiction, real life subscription streaming service. discovery+ will launch with a landmark partnership with Verizon that gives their customers with select plans 12 months of discovery+ on Verizon. At launch in the U.S., discovery+ will have the largest-ever content offering of any new streaming service, featuring a wide range of exclusive, original series across popular, passion verticals in which Discovery brands have a strong leadership position, including lifestyle and relationships; home and food; true crime; paranormal; adventure and natural history; as well as science, tech and the environment, and a slate of high-quality documentaries. For more, visit discoveryplus.com

Katie Maloney Grew Tired Of Waiting For Tom Schwartz To Change?
Malia White To Crossover On ‘Below Deck Down Under’?
Lala Kent’s Post-Split With Randall Emmett Got Ugly, Here’s Why
Hallmark’s ‘Christmas In London’ Now ‘Jolly Good Christmas’: First Look
‘When Calls The Heart’: Everything About Lucas & Elizabeth’s Engagement