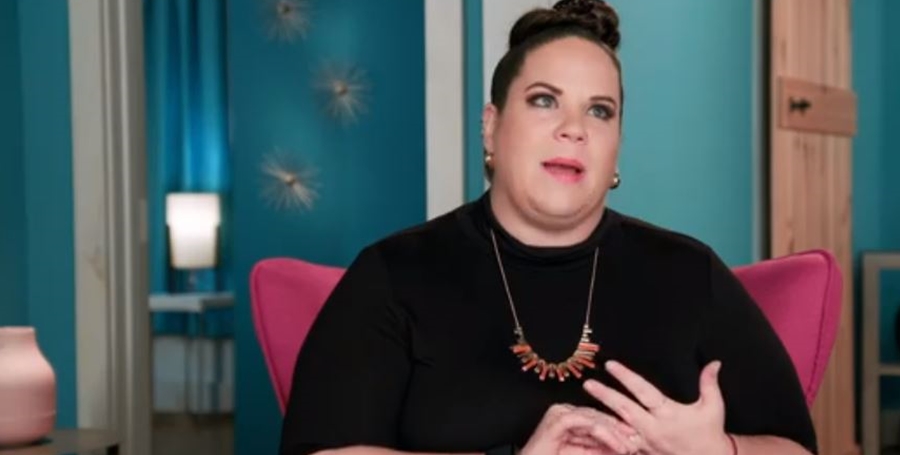 Whitney Way Thore fans grow a bit skeptical about her split from Chase Severino. The My Big Fat Fabulous Life star seemed shocked that he cheated on her. And those who don’t think her storyline is scripted suggest it’s all her own fault. So, some of them reality-checked her when she thought she needed weight surgery for a man to love her.

Droves of My Big Fat Fabulous Life fans think Whitney and Chase seem very scripted. In fact, their scenes seem very awkward this season on TLC, as if they both act rather badly. Even last season, few people believed that Chase really hoped for a wedding. Recall, in Paris, he spent time apart from her when he needn’t. Plus she and he hardly ever engaged in any PDA. Actually, people spotted many more red flags. So, when she broke the news he got another person pregnant some people weren’t surprised.

Mind you, not all TLC fans think they just acted the part. Some of them noticed that Whitney seemed the one who pushed for their relationship. Successful as a reality TV star, and a business owner, she never found someone who truly loved her. However, some fans think it’s got nothing to do with her weight and it’s all about her attitude. So, seeing Whitney Way Thore seemed so shocked that Chase made off with another woman, some of them reality-checked her.

MBFFL star thinks no man can love her thick body

Since her teen years, Whitney suffered from a hormonal condition. The List reminds readers that polycystic ovarian syndrome is also known as PCOS. Sometimes it leads to weight gain and hair loss. Although she shines a positive light on plus-sized women, some people think she became too self-absorbed. Everything must always go her way, critics think. In basic words, they think she grew selfish, always wanting things her own way. So, when she suggested this week, that she lost Chase because of her thick physique, critics think she missed the point.

Whitney Way Thore spoke to her friend Buddy. And, she said that she thinks about weight loss surgery. She considered the fact that no man can love her because of her body size. But, Buddy thought that wasn’t a solution. Well, at the least, he seemed non-committal. However, MBFFL critics think that she puts off men because she always makes everything about herself and acts way too controlling.

#mybigfatfabulouslife Whitney, relationships involve compromise. It cannot b ur way r no way. U should have considered the option 2 move in w/ Chase. u can work from any place. He can't. Sad it didn't work, but not surprised. Everything he wanted, u shot down. Moving, wedding etc

Poor Chase, fans think. He wants to make something of his bar. But, she won’t relocate so his business can grow. Then, she made all the decisions about her wedding and overrode all of Chase’s feelings. As one critic on Twitter noted, “The way @whitneywaythore dismissed chase’s dream about his bar was very disturbing. I think he did love her but the minute she started being selfish and dismissing his dreams he checked out.”

After reality-checking her selfishness, other fans slammed the company she keeps. After all, both Buddy and Ryan could have told Whitney Way Thore that men cheat for many reasons other than the size of a woman.