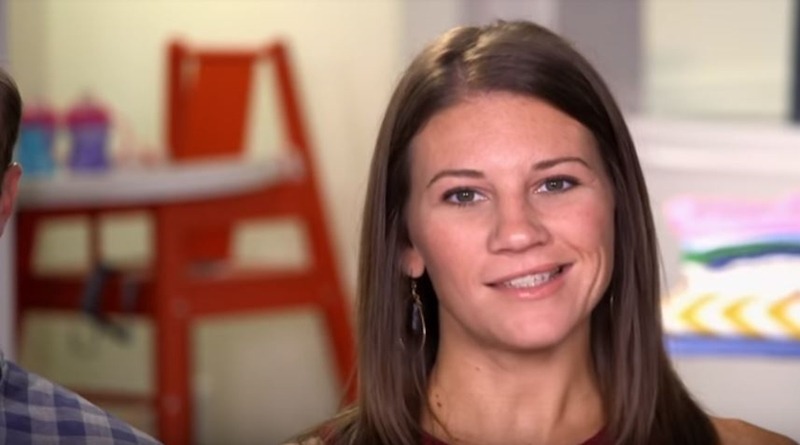 Danielle Busby and the rest of the family went off to Oklahoma for their Thanksgiving weekend. They stayed in a big house at the Broken Bow Vacation Cabins. And they did the Friends Trail in Beavers Bend. Rated as an intermediate hike, it’s not too difficult and makes for a nice OutDaughtered family outing. But some TLC fans seemed a bit shocked when Danielle did her thing right on a cliff edge above the river.

Danielle Busby loves doing handstands, but next to a cliff?

We reported that on November 9, the Bubsy family visited the Natural Bridge Caverns a half-hour outside of downtown San Antonio. Danielle shared a photo of herself doing a handstand in the caves. OutDaughtered fans often see Danielle performing the acrobatic feat. And, she seems really good at it. But some fans wonder why she does it.

Whatever the reasons, the mom of the quints and Blayke never misses an opportunity to do it. OutDaughtered fans know that Danielle Busby loves staying fit. And in fact, she and her sisters own CADi-FITNESS. So, perhaps she shares about her handstands as part of her advertising campaign. After all, what better advert than a mom of six who casually manages a handstand? But doing it next to a cliff probably takes it to a new level.

Photo of Danielle and her Friends Trail handstand

On November 27, Danielle shared a photo of herself doing her handstand and geo-tagged it as Friends Trail. Her caption read, “I love that so many of you were commenting on [a] previous post if I did my #handstand pic!! Well DUH!! Of course I did! Nothing like a handstand right by a cliff.”

Well, some fans just don’t get it. And one of them asked, “Why do you like to do handstands everywhere you go?” Another one noted that perhaps they should take some care as the “quints might try it too.” Okay, it’s not a thousand foot drop down the cliff, but at least a couple of meters down to the rocks next to the river. If she fell, Danielle Busby might have hurt herself badly.

OutDaughtered fans know that Danielle ended up in the ER. There, she complained of strange sensations in her arms and legs. It’s not clear what went wrong, but Danielle went for tests with specialists. And ahead of their Thanksgiving vacay, she said she needed some “relax time.” Well, handstands on a cliff edge hardly look relaxing to her fans. So, one of them commented, “Guess she feel ok???”

Nevertheless, many fans of Danielle Busby love that she stays so fit. And, they wish they could also pop off a handstand, but not necessarily next to a cliff.