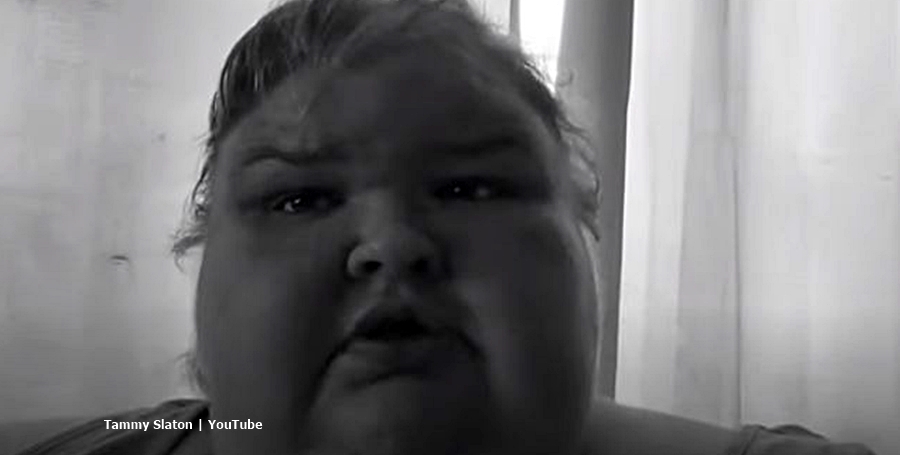 Shocking news for TLC fans as Tammy Slaton of 1000 LB Sisters has COVID-19.

Tammy Slaton and her sister Amy appeared in one season of 1000 LB Sisters on TLC. Back in January this year, Tammy shared that she felt very ill and suffered from some sort of flu. Well, fans saw that Tammy struggled with her weight loss much more than her sister Amy. But, now she told her fans she got much more than ordinary flu. In fact, she ended up contracting COVID-19.

We reported that Amy made a lot of progress with her weight loss. But, Tammy struggled. And, when she spoke about her flu, possibly because of her weight it troubled her more than other people. At the time, she said that she just couldn’t shake her blocked sinus and her bad chest congestion. As Tammy isn’t very mobile, even after losing some weight, the chest issues probably became exacerbated.

But now, Tammy Slaton took to her YouTube and shared the bad news that she contracted COVID-19. She looked ill, but at least she could talk. Sick for about three weeks now, she fell ill and spent a week at home. But later, going on two weeks ago, she ended up admitted to the hospital. And sadly, Tammy Slaton developed pneumonia. The good news is that she expects she’ll go home soon.

Tammy remains active on her YouTube and TikTok. But, she told her fans a long time ago that the show wouldn’t be renewed. Nicki Swift reminds readers that “the Slaton sisters “[tipped] the scales at over 1000 pounds combined.”  While Amy wanted a child and got married, Tammy didn’t fare so well. And, the couple spent a lot of time assisting with Tammy’s day-to-day needs.

The 1000 LB Sisters already gained a big following on YouTube ahead of the show. So, they came with a built-in following. Tammy Slaton often shares about her life and always tries to sound positive. But sometimes, her despair comes through. And at one stage, she just hoped for death. Well, now she just brushed up against death from COVID-19, she sounded a bit relieved that she gets better.

The CDC noted that some people become seriously at risk of not surviving COVID-19. These include the elderly and those with underlying medical conditions. But, “obesity is one of the most common underlying conditions that increases one’s risk for severe illness.” Actually, Tammy probably knew the danger she faced if she fell sick.

Even though the 1000 LB Sister alum sounds positive, Tammy Slaton may face more problems ahead. The outlet noted that complications may arise even after recovery from COVID-19. Hopefully, she recovers fully and continues her weight loss journey successfully.