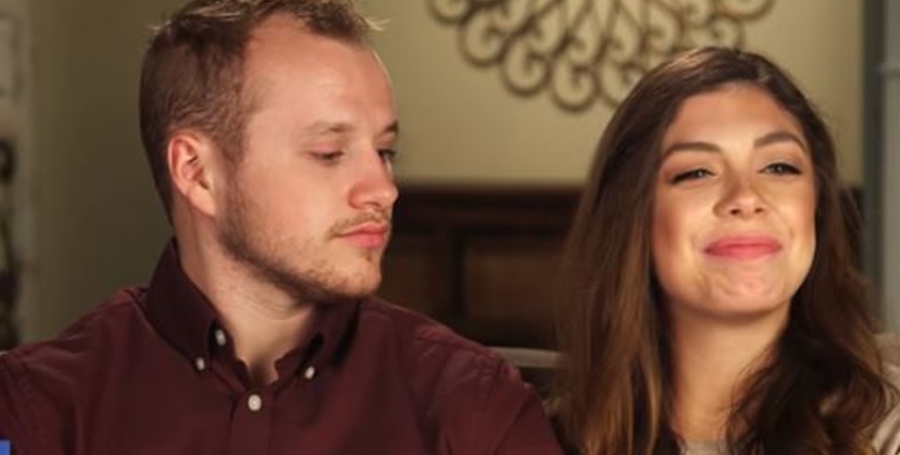 Lauren Duggar, Josiah, and the family in Arkansas attended the Big House for a Fall Festival. Jessa shared all about it and popped it up on her YouTube vlog. Fans spotted Lauren wearing pants, a big deal in Jim Bob’s home. So, is he getting softer? Or, does she just defy him and live her own life the way she wants to?

Jessa Seewald revealed a fun-filled family day at their fall festival. We reported that they set out big tables. One featured pumpkins for the pumpkin-painting competition. And one served caramel apples. Meanwhile, another one allowed the kids to set up and decorate their kites. Outdoor games and competitions like log splitting took place. A hayride, a pie competition, and more merry-making got rounded off with Christmas songs before dinner.

On YouTube, hundreds of comments flooded in. Older people recalled their own celebrations like that when they were kids. Others, who come from smaller families wished they could enjoy such wholesome family fun. But so far, nobody on YouTube mentioned Lauren Dugar wearing pants. Not so over on Reddit, where people with sharp eyes caught the defiant act, The Sun reported. But among the Duggar family, nobody seemed shocked by Lauren’s pants at all.

A few years ago, Jinger Duggar wore jeans. Moms.com reported that Jill Duggar Dillard led the way in wearing pants after she married Derick. And, Jinger also defied the custom of no pants. In fact, the Counting On star quite often wears jeans these days. But, when her parents visited her in LA, she wore skirts. Probably, she didn’t want to offend her mom and dad.

Well, with Jinger and Jill, and now Lauren Duggar rocking pants, is Jim Bob getting soft? Actually, it’s more Michelle who enforced the idea of the girls covering up. At the Fall Festival, all the younger girls wore those ghastly baggy skirts with leggings underneath. But nobody shunned Lauren or seemed unhappy with her. Or were they? In fact, throughout the video, Jim Bob looked particularly grumpy. Of all of them, he seemed less into the fun atmosphere.

Was Jim Bob unhappy or is he always that sour?

If you haven’t watched the video, you can see it again in this article. Jim Bob first appeared at 6.37 in the video when he took a photo of the adult women lined up behind a table. Plus, he appeared at the catapult competition. Standing alone and to one side, Lauren looked a bit uncomfortable. At 11.20 the Counting On patriarch turned up at the pie competition judging and he wasn’t smiling broadly.

Well, probably fans will never know if Lauren Duggar wearing pants upset Jim Bob or not. But, her TLC fans applauded the fact that she shows a streak of independence. And, others applaud Josiah for “allowing” her to wear pants.