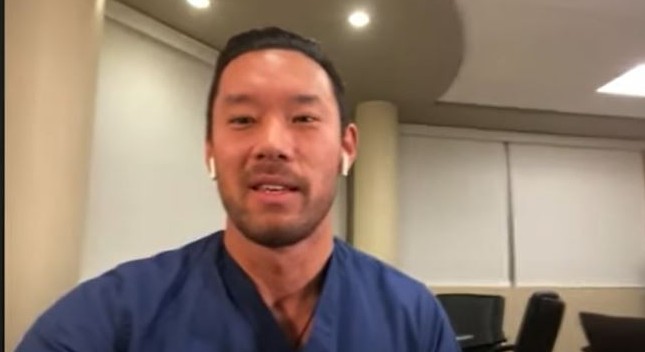 Many fans expressed unhappiness when Tayshia Adams decided to send anesthesiologist Joe Park home Tuesday night. In fact, #JusticeForJoe even trended on Twitter. Some fans and alums have called for Joe to be the next Bachelor for the 2022 season. Many feel he failed to get quality air time and personal time with the leading ladies. So, what does Dr. Joe think about his time on The Bachelorette?

Joe Park talks about his time on the show

Entertainment Weekly caught up with Joe Park following his elimination last night on The Bachelorette. First things first. Joe shared how he ended up on the show. He said Covid has taught him that one must seize opportunity. He was basically just in his apartment and working, doing nothing else. Someone from the show reached out to him and asked if he would want to be on a popular dating show. Normally, Joe said he wouldn’t have done it. However, 2020 is already weird so why not.

Joe also said he knew early in the process that The Bachelorette would be Clare Crawley. According to Joe, they don’t normally announce early on who they will be dating. However, they did and told him to look her up. If she looked like someone he wanted to pursue further he should call them to continue the process. Joe did also admit he had never seen the show.

When Tayshia took over he also had no idea who she was. However, he used some French terms to describe her. He said, joie de vivre, which means a joy of life. He said Tayshia has a “vibrance” about her that was undeniable.

Joe works as an anesthesiologist in New York City. He works around Covid-19 patients and he had the illness himself. Fans fell for Joe’s kind soul and his upbeat spirit. What made him this way?

Joe said, “First of all, this whole thing — even the fact that I’m talking to you right now, and the fact that I lasted this long [on the show] — is a mystery to me. But I’ll take it. I mean, I’m grateful for it and I appreciate it, but I’m like, what’s happening right now?”

He continued, “I will say interestingly, it is precisely because of [what I’ve gone through], that I was that way. I don’t want to get too dark, but during that time, it taught me so much about what’s really important. I think all of us collectively realized, you know what’s important? Being around friends, being around family, traveling, collectively experiencing things, shared experiences, like concerts and things like that. And what’s not important are the things that you were stuck with in your house — except your TV. You couldn’t live without your TV, right? We were stuck with all the things that we wanted, all the material things — but there’s no happiness at all, or very little.

So when I was able to go do the show, and just to be able to go to the desert and pursue love without masks, without seeing people around me sick in this war zone that the hospital was… [In New York], everyone was scared, and we saw the refrigerator trucks [for the bodies] outside. I mean, I don’t want to paint this like super-bleak picture, but that’s what it was. And so when I got to the show, it was like, man, this is such a beautiful thing to be out here. I was just grateful, you know?” 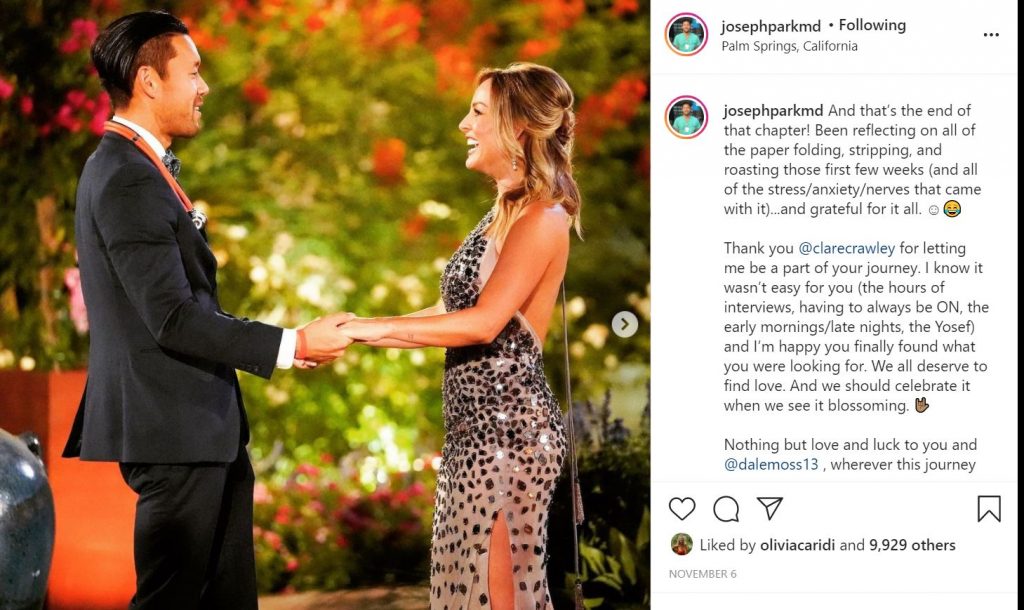 When the contestants were supposed to trash talk the other guys it turned out not quite like that for Joe. He actually complimented Spencer instead of putting him down. So, why did he do this? Joe said he felt like Spencer became really misunderstood. Spencer received poor treatment when he first arrived and so Joe just wanted to show him some kindness. So he let Spencer know he is a really nice guy and also has amazing eyes. Joe said, “And, also, have you seen his eyes? The first time I saw his eyes up close, I was like, “Woah.”

And, he is off the show now, but he’s still single ladies.

Would he be The Bachelor?

Joe was asked if he would ever be The Bachelor or on Bachelor in Paradise. He said it’s very flattering that so many feel he would be good for the job. However, he really hopes he is not still single in 2022. As far as BIP, he said the same thing. He would just have to see how things were going at the time opportunity knocked.

As far as what he’s looking for, Joe wants a woman who is kind and gentle.

And, this humble doctor gave his personal picks for who would be a good match for Tayshia. Joe thinks Brendan and Ivan are both great men. He said every time their names were called at a rose ceremony he smiled.

What do  you think about Dr. Joe Park? Would you date him? Do you think he should be the next Bachelor? It certainly appears Tayshia let a good one slip away.