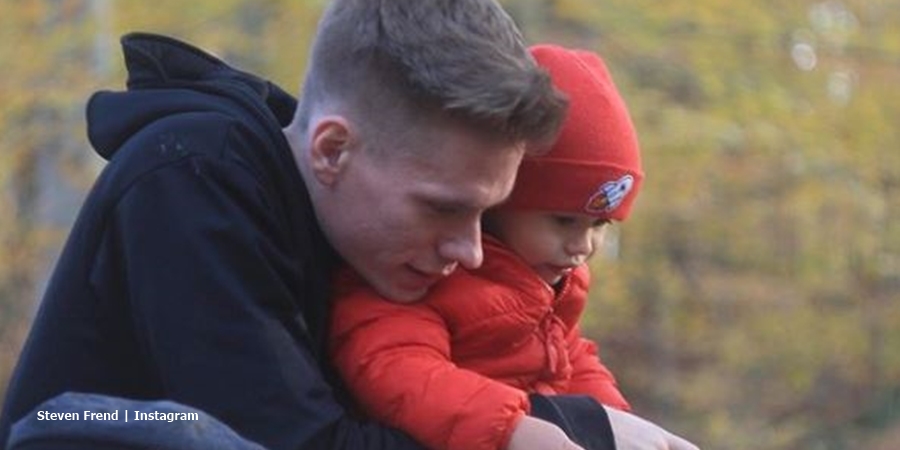 90 Day Fiance Season 6 star, Olga Koshimbetova and her husband, Steven Frend split. It came after about one year of marriage. Steven hinted at a split, and Olga later talked more about the breakup. Now they co-parent their adorable son, and Steven gave a fan some advice on it.

Olga really wasn’t in the mood to talk much about the split between her and Steven. We reported that when a fan asked her about them splitting, she replied, “I have not written a post on this topic, but at the moment, as a couple, we are not together. Hopefully all for the best, but for now I don’t want to comment on this.”

Many 90 Day Fiance fans noticed that both Olga and Steven share photos of their son Alex Richie. Sometimes, one or the other parent features, and sometimes, both of them. One fan who mentioned this on Steven’s Instagram got a reply that they remain civil with each other for their son. Well, at least they stay on reasonably good terms for the sake of their child. Mind you, some fans feel terribly sorry for Olga, now so far from home in a loveless union.

In the early hours of November 15, Steven shared another photo of him with Alex. It looked like his son thoroughly enjoyed playing in the park. He captioned it with, “My whole world 🌎. Thanks for being my savior, best friend.👨‍👦💖. #prouddad” Plenty of followers loved the post and many of them commented on the sweet photo.

One 90 Day Fiance fan commented, “This little guy has the most fun. I love seeing how you both keep him outside playing and loving the great outdoors. Also….his absolutely beautiful, (sic).” Then another one noted, “This perfect, oh so cuuuuute kiddo is having a magical childhood because of 2 rockstar parents always playing with him outside🙌.”

Then, an impressed fan asked some advice about co-parenting and Steven shared his experience.

The TLC fan asked, “What are your best tips for co parenting?” And Steven replied, saying, “everyone’s story is different.” Then he said, “you both just need to be mature about the situation and have your child’s mental health be a priority more than anything.” And he noted that “they deserve nothing but love and happiness.”

Well, that sounds like excellent advice from the 90 Day Fiance star. Helpguide noted, “The key to successful co-parenting is to separate the personal relationship with your ex from the co-parenting relationship.” And they also suggest, “The first step to being a mature, responsible co-parent is to always put your children’s needs ahead of your own.”

It certainly looks like this is one area where Olga and Steven actually took things seriously together.