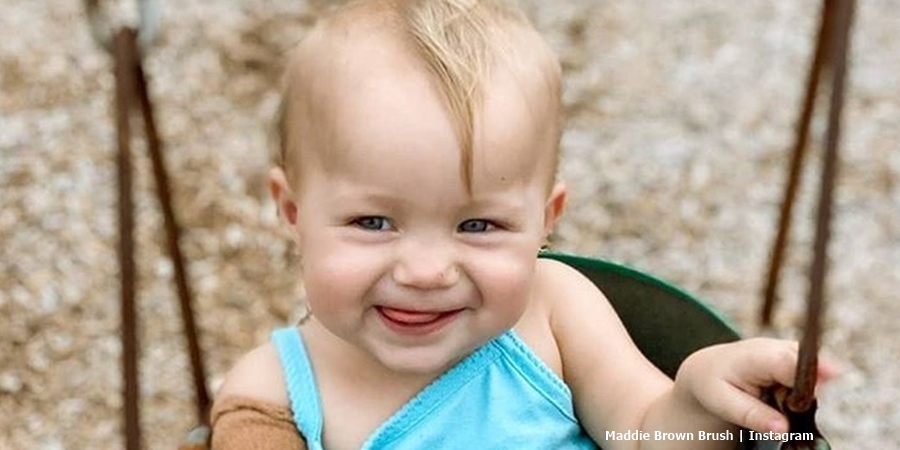 Sister Wives fans heard from Maddie Brown that she took Evie to get her mold cast for her prosthesis. Later, they went for her first fitting but, a little too large, they waited another week. During that time, some adjustments to the false foot were done. Now, Maddie shared the first photo of Evie wearing it.

On Friday, November 13, Maddie took to her Instagram and shared a photo of Axel and his little sister. Sweetly, he held Evie’s hands so she could stand in front of him in the backyard. Evie wore the cutest pair of shorts. And her big brother sported a red jacket and blue jeans. On her false leg, Evie wore an attractive little lemon sock. Either that or the prosthesis came with lemon decorations.

The Sun UK reported that many people slammed Maddie and her husband for opting for a Boyd Amputation for her FATCO. At the time, Maddie said they chose it for  better “quality of life.” Well, no Sister Wives Fans slammed Maddie this time as Evie clearly looks much happier. After all, for months, TLC fans saw her struggling to pull herself up and totter around.

Maddie captioned her photo with, “The lemons seemed fitting! 🍋” Evie’s grandma, Janelle Brown commented, “This makes me the happiest 😍.” One fan wrote, “Oh wow LOOK at her GO! She’s such [an] inspiration. It seems like nothing can hold her down. ❤️🇦🇺.”

Then, another fan noted, “I love how ur theme and symbol for her is lemons. I remember when u said u were so attracted to the color yellow when u were pregnant ❤️,” And that fan remembers correctly. The Sister Wives mom always said that she and Caleb got “handed a lemon, but they’d “make lemonade.” So, with strong parents and a strong personality coming out, this little girl looks like a fighter.

Fans agree that Evie’s a fighter. One said, “This little fighter gonna be [a] very strong woman.” And another follower wrote, “Oh my goodness she is so cool already. 🧡🍋 This girl is going to end up being a role model.” In fact, many fans hope now that TLC follows Evie’s story for some time to come in the future. After all, they felt that Kody and his never-ending quest for housing in Flagstaff seemed dull and boring.

At one stage, Sister Wives fans hoped they’d seen the back of the family who seemingly squabbled a lot. But, with Evie K, they hope the show returns. And, some of them even hope for a spinoff for Maddie and her family. Would you enjoy that? Sound off in the comments below.