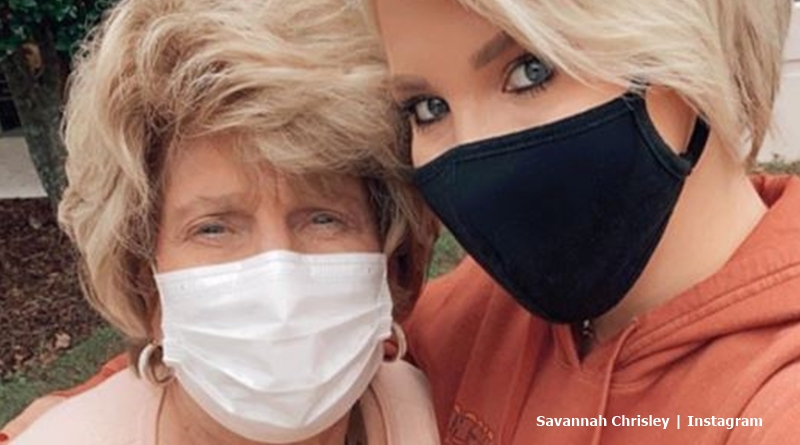 Chrisley Knows Best fans know that Nanny Faye’s no spring chicken. In fact, she’s 76-years-old. If you don’t know, she’s the grandmother to Lindsie, Kyle, Savannah, Grayson, and Chase. And, the great-grandmother to Chloe. And now, Savannah shared that she just voted for the “first time.”

Nanny Faye grows more popular with each episode of the USA Network show. In fact, fans hope for a spin-off with her and Chase. We reported that “they…always [get] into shenanigans together. And…fans are here for all the Nanny Faye and Chase Chrisley mischief.” Actually, the fact that she voted might inspire thousands of people who would normally not even bother.

On Thursday, October 29, Savannah shared a photo of herself with Nanny Faye. Notably, both Chrisley Knows Best stars wore their masks. And, she captioned it with, “I CANT 😭…my grandmother is 76 years old and she JUST voted for the FIRST TIME EVER and I got to be the one to take her😭 beyond blessed! Every vote counts…GO OUT AND MAKE YOUR VOICE HEARD.” 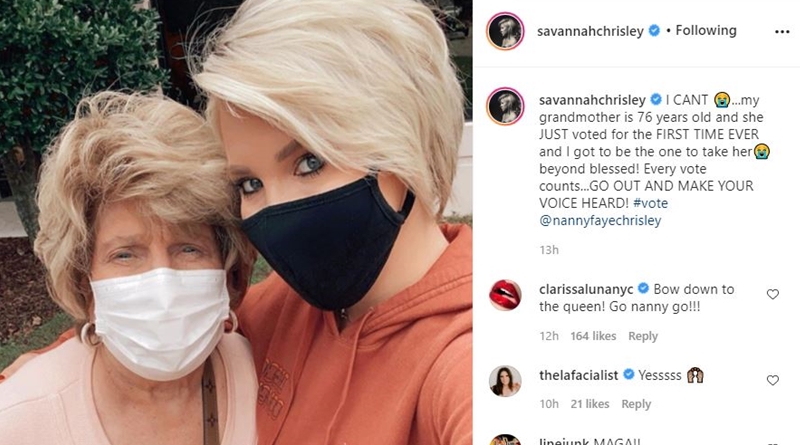 Fans just adore nanny Faye, and many of them sounded thrilled that she voted in 2020. One said, “Bow down to the queen! Go nanny go!!!.” And, another person commented, “GO NANNY!!!!! 😍♥️ Ugh I just adore her.” Others also expressed their happiness:

And, one Chrisley Knows Best follower brought up a very good point. They wrote, “100 years since women were given the right to vote! Let’s use our right!” Of course, some people asked who Nanny Faye voted for. But, everyone keeps the right to privacy on that. And, while some people assume she voted for Trump, nobody knows for certain.

Other older fans also voted for the first time

A Chrisley Knows Best fan note that when they voted, they saw “a lot of older first time voters….. that has to say something!” Still, other folk said this year is the first year that they chose not to vote as they don’t trust any candidates.

What do you think about Nanny Faye voting for the first time in her life? Sound off in the comments below.