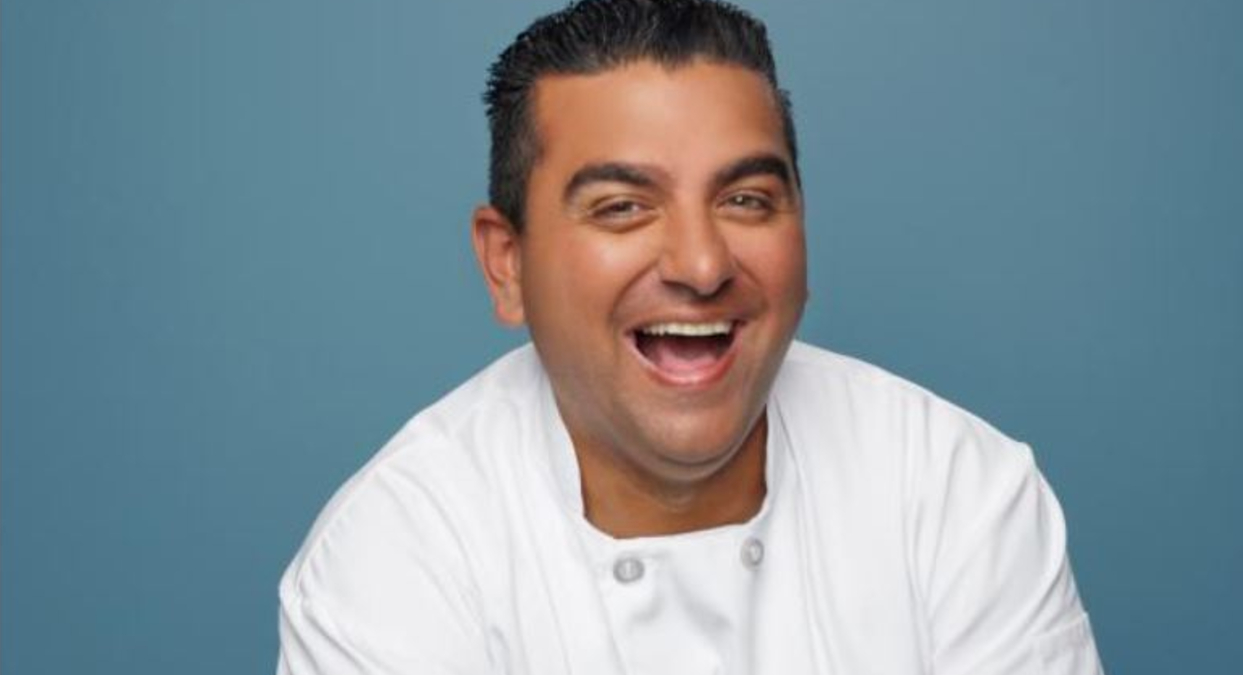 Buddy Valastro is one of the biggest reality TV stars out there, and his series Cake Boss has so many fans and retail bakery customers who love his family’s touch on all baked goods.

The first news comes from Food Network which announced The Cake Boss will competes against expert craft masters on Food Network’s Buddy vs. Christmas, Premiering on Sunday, November 22nd at 10pm ET/PT.

Then on TLC in December, you can follow Buddy’s journey to heal his hand after an accident he had at his residence in a new two hour TLC Special Premiering on Wednesday, December 23rd at 9pm ET/PT.

What happened to Buddy’s hand?

According to TODAY, he was impaled on a pin setter in his home bowling alley.

“I have a thing with my hands. If I get a paper cut on my hand, I’m pissed off. My hands to me are my lifeline of everything I do,” he said to TODAY. “And I wonder, ‘Am I ever going to do what I used to be able to do?'”

Valastro credited his son Buddy Jr., 16, who cut him loose. “I thought I was going to faint, I looked at my hand and there was blood everywhere and I was stuck, the rod going back and forth because the machine goes back and forth,” Valastro told Savannah Guthrie. “Something told me to stay calm.”

The cake designs on Buddy Vs. Christmas were some of the last cake’s Buddy constructed, as the series was filmed prior to a recent accident at his home, where his right hand was impaled, and he was rushed into emergency surgery.

For Food Network, Buddy Valastro has a new Christmas-themed competition. Buddy goes head-to-head with the greatest non-cake artists on Buddy vs. Christmas.

Described as “bakers vs. makers” as their skills are put to the test in four episodes.

Buddy and his team of bakers goes up against an award-winning scenic designer, a glassblower, an animatronics expert, and a Lego builder. With only 24 hours to capture the spirit of the holidays with their creations, the one that rises to the top with their elaborate design will be crowned winner. From life-size gingerbread houses and snow globes, to incredible toys including drivable sleigh cakes and action figures, and to Santa’s workshop complete with talking reindeer, each creation brings holiday enchantment to life!

“As the Cake Boss, Buddy has mastered the creation of gigantic, life-sized, and incredibly realistic cakes. Now, viewers will be captivated as he takes on his most difficult challenge yet by competing against master builders and expert crafters – it’s cake creations vs. real build designs on Buddy vs. Christmas,” said Courtney White, President, Food Network in a press release. “Audiences will be stunned by the remarkable Christmas designs in each episode, with all their spectacular details and special effects, making each one more impressive than the last.”

TLC Special on Buddy’s journey back to health in December

TLC’s two-hour special following Buddy’s road to recovery follows the events as they transpired in real time with footage captured immediately after the incident.

Buddy was seriously injured, and his multiple surgeries are recorded to show how long it took to recover.

Footage shows his family anxiously waiting at the hospital, to grueling physical therapy, and to his first days back at the job.

TLC says: “As business deadlines loom, commitments for over-the-top cakes stack up, and the holiday season around the corner, the stakes couldn’t be higher. But above all, Buddy faces the ultimate question: Can you still be the Cake Boss if you can’t make cakes?”

“Buddy is like family to all of us at TLC, so we are thrilled and relieved for him that he is on the road to recovery following his accident,” said Howard Lee, President and General Manager, TLC in a press statement. “Knowing Buddy’s determination and spirit, it’s no surprise that he would give it his all in the hopes of returning back to normal. We are proud to document his journey as part of this special.”

For more on Buddy vs. Christmas fans follow #BuddyvsChristmas for tips from Buddy on how to rescue your baking fails and learn his top tips for sweet success.

Follow Buddy’s Journey to Heal His Hand After a Serious Accident at His Home on An All-New Two-Hour TLC Special Premiering on Wednesday, December 23rd at 9pm ET/PTm ET/PT. Both programs were produced by Cakehouse Media.