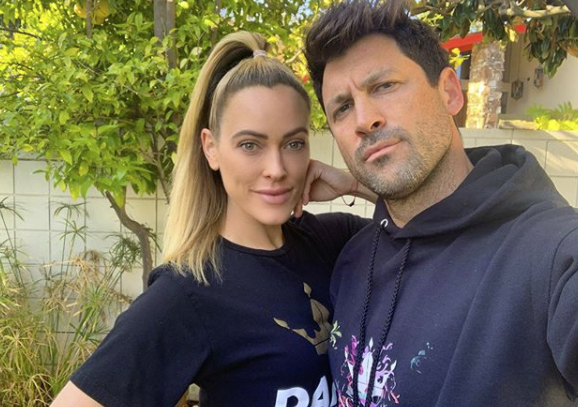 Peta Murgatroyd may be out of the Dancing With The Stars competition, but she isn’t wasting any time getting started on her next goal. She and her husband, former DWTS pro Maksim Chmerkovskiy, already have a 3-year-old son, but they are ready to have another. Now that Peta is done with DWTS until next year, she says it’s time to get started.

Peta Murgatroyd Loves Performing, But She Wants To Focus On Family Right Now

For the last several weeks, her life has revolved around dancing. But now, she gets to focus on her family.

“Usually I’m choreographing for three hours in the morning and then I go see Vernon and we practice the rest of the day,” explained Peta. “It’ll be nice to just have a chill morning, but I’m also really gonna miss it. We were just speaking about how much we love having a schedule … and that’s gonna be annoying for me for a second, but I have my family.”

She previously said that she wants her son, Shai, to have a younger sibling to grow up with. According to Peta, Shai is already “dancing,” in his own little way. He’s still little, but his famous parents teach him steps here and there to keep him entertained.

Christmas Card 🤷🏻‍♂️ You see the tension in @petamurgatroyd and mine hands, trying to hold still our 3 year old hurricane🌪 Thank you @oxanaalexphotography for finding a picture where we also have smiles on our faces 😝

Maks is the older brother of Val Chmerkovskiy, another professional dancer on Dancing With The Stars. Val is married to Jenna Johnson, another pro. These days, Jenna says she has baby fever and also teased that she and Peta have a pregnancy pact.

“Peta and I have a deal that we’re going to get pregnant together,” Jenna told Us Weekly last October. Now that Peta and Maks are trying to have another child, Jenna and Val may have an announcement of their own too.

“I want kids,” Jenna said. “I want babies. Val wants babies very badly. We definitely have spoken about it. That’s our future. That’s what we want when that’s gonna happen.”

However, Jenna and Val are both still in the competition, so they may put their family plans on hold, for a few more weeks anyway. Jenna and her partner Nev Schulman are in second place on the leader board. Val and his partner Monica Aldama are quickly improving and climbing higher as well. It may be a while until either is eliminated.

But either way, it’s exciting to see this talented family grow. Do you want to see a few more Dancing With The Stars babies? When do you think Peta will make her big announcement? Let us know how you feel in the comments.

Fans will miss Peta on the show but wish her the best. Meanwhile, they can still cheer on Val and Jenna. Keep on voting if you want to keep them in the competition. Make sure to catch Dancing With The Stars when it comes back next Monday.