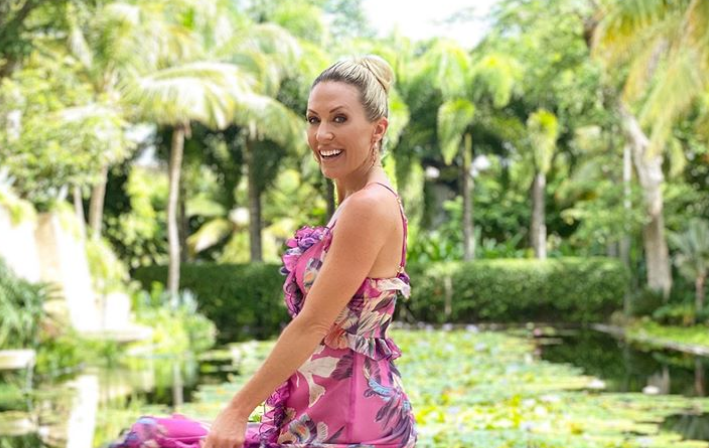 With the release of the new taglines for the RHOC cast, fans can tell there is going to be drama. Braunwyn Windham-Burke has reportedly said she’s not talking to any of her co-stars at the moment.

She said she thinks it is because she had the, “most transformative year of her life.” She doesn’t think her co-stars were able to handle it. Windham-Burke doesn’t think the other ladies of Real Housewives of Orange County were comfortable with her growth.

According to Reality Blurb, Braunwyn Windham-Burke said, “Right now I’m not speaking to any of my cast. And you get to see how that all happens. Windham-Burke went on to say she let the cameras into some really raw moments. She also thinks the things that happened are going to help a lot of people.

Fans have been aware there were rumors about her love life with her husband. They’d also witnessed a feud with her daughter. Braunwyn had asked for privacy to deal with both situations without really giving any insight into her situation.

She said, “When you start changing sometimes, not everyone is comfortable with [it]. You go through a big period of growth, and it made a lot of the women uncomfortable.”

In the trailer for the new season it seemed Gina Kirschenheiter was frustrated with Braunwyn. Windham-Burke just said they come from two different places. She said she’s all happiness and finding the good in things and that annoys Gina. She said, “Gina doesn’t like me, but she doesn’t like me and she tells me to my face. I do actually have a lot of respect for that!”

Who Is She Talking To These Days?

While feuding with most of the RHOC women, there is one she’s still talking to. Tamra Judge, who is no longer on RHOC, posted a picture of the two of them having lunch.

Fans of the show were brutal on both Reality Blurb and Instagram. One said, “I’d rather shave off my nipples than go on Braunwyn’s ‘real, raw journey.'” Another said, “reason 494 not to watch this season: her ‘raw’ journey.”

A post shared by Braunwyn Windham-Burke (@braunwynwindhamburke) on Oct 5, 2020 at 9:35am PDT

Of course like all controversial housewives, Braunwyn has her fans. One said, “I respect you so so SO much it’s really great to see someone on the #rhoc cast that is socially aware, etc. You can feel your heart!” Another said, “Ummm I just watched the season 14 reunion and it’s like I can’t even focus because you look SO beautiful.”

The new season will have some episodes from before and then during COVID so the dynamic will be completely different this year. New RHOC episodes premiere starting Wednesday October 14th on Bravo.