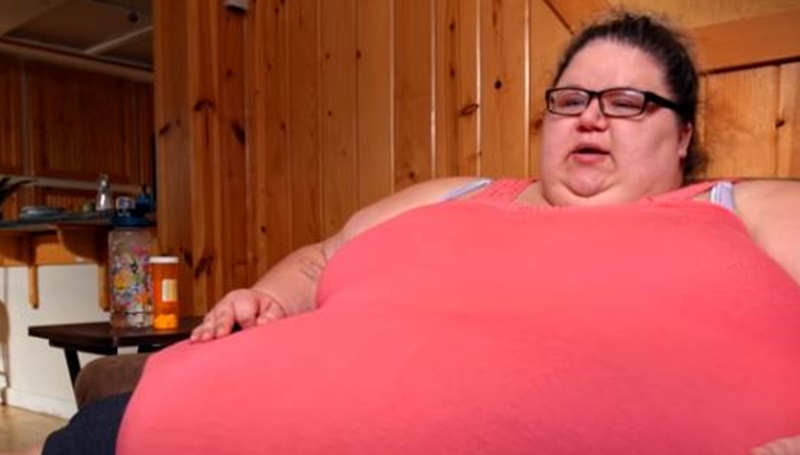 My 600 LB Life on TLC brought Rick and Brianne Dias. But it seemed a rather unhappy union. Then, she told her fans that she lost a baby. So, that news sounded bad as well. And, now, more drama comes from new cheating allegations. This time, apparently from the person that Rick cheated with.

When Brianne lost the baby we reported that next time, hopefully, some good news arrived. Well, that never happened, and in fact, only bad news comes out. Actually, it seemed that Brianne seemed dogged by back luck and sadness. And, that came right from her childhood. Fans might recall that her dad locked her out of the refrigerator as a young teen. But everyone else was allowed to help themselves.

Rebelling, she ended up sexually assaulted. So, by the time she Dr. Now, she really needed help with her weight and her emotional state. Relying on Rick a lot for support, they ended up separated. Recall, she went to Houston, and Rick allegedly took up with another woman known as Jamie Moon, who she called the “demon woman.” Later, the My 600 LB Life star’s mentor died. And, she said she felt devastated when she lost her baby. She claimed it was Rick’s child. But now, Brianna Dias allegedly cheated as well. It brings karma to mind.

Cheating allegations and a baby

Starcasm revealed this weekend, that things remain very rocky for Brianne and Rick. A source told the outlet that it involves “Jamie Moon, the “demon woman” for whom Rick left Brianne.” Now, she allegedly accused “Brianne of cheating with another man while in Houston to work on her weight loss with Dr. Nowzaradan.” Sleuthing around, the outlet dug up some messages. And in one of them, someone who might be Moon or someone on the inside, apparently claims that Brianne cheated with a guy named Justin.

Notably, the outlet can’t say for certain that the allegations of cheating came from Moon. But, they feel it might fit in this odd love triangle. The message alleged that this guy Justin got the My 600 LB Life star pregnant and not Rick. So, whoever wrote it seems furious. They feel it’s unjust to claim pregnancy by him. Apparently, there’s also talk of prison or a “lawsuit.” However, the outlet can’t trace any suggestion of any lawsuits in “Lane County Oregon.” And, as an aside, allegedly, Rick was sterile anyway.

Loads of drama for Brianna and Rick

The TLC show often brings people who battle their weight and personal issues. But, it seems that sadly, for Brianne, the news is seldom good. In fact, this might be the most drama-filled star on My 600 LB Life ever. What do you think about these allegations that Brianne cheated on Rick and then claimed he fathered the baby? Sound off in the comments below.