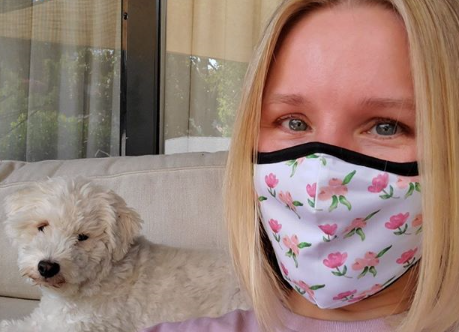 Fans are excited to hear there’s a Gossip Girl reboot in the works. Kristen Bell is returning to be the voice of a new Gossip Girl. The position vacated by Dan Humphrey several years before the new timeline starts will have a new writer.

The original cast is going to be mentioned, but none of them are slated to appear on the show. The new show is going to launch sometime in 2021 on HBO Max. Production will start up in October if all stays well with COVID.

Kristen Bell told ET Online she is excited to be back in the GG universe. One of the producers, Josh Schwartz who is returning along with Stephanie Savage said the original stars are welcome to drop by. He said, “They played these characters for six years, and if they felt like they were good with that, we want to respect that, but obviously … it would be great to see them again.”

She loves cookies. She's cautious AF. She's got a work ethic that would make you green with envy. She was a state champion cheerleader. She has unapologetically worn sweats for the last 6 months. Shes the wittiest gal I know. Shes my daughter, my wife, my smallest friend, and shes become such a part of our family I couldn't imagine any of this life without her. I love you like crazy @mlpadman. Happy birthday, miniature mouse!!!💜💜💜

Leighton Meister said the timing and situation would have to be right for her to return as Blair. Penn Badgley hasn’t spoken to the producers but said he’d have to think about it. As far as his character Dan Humphrey he said, “It would depend on how and why he’s there.” Penn has had success on the Netflix show, You. Blake Lively has said she isn’t involved and has been busy with movies.

Chace Crawford who is now on The Boys said he would do it again and Ed Westwick, who played Chuck Bass said he’d come back if they paid enough. It’s a possibility anyone could show up, but the originals will be talked about in the reboot. They are still a part of the world. The show will focus on how both New York and social media has changed since Dan started the gossip site to enter the world of Serena Vanderwoodson.

Who Makes Up The New Cast?

The new cast features a lot of great young actors. The next generation of Kristen Bells and Leighton Meesters. Since they will be going on HBO, the level of spicy language and provocative scenes will go up. The new show will more accurately represent New York City. The showrunners say there will by more LGBTQ-centric story telling and, “the leads are nonwhite.”

Emily Alyn Lind of Code Black will be one of the leads. Tavi Gevinson from Scream Queens and Savannah Smith from Claws will also be leads. Whitney Peak from The Chilling Adventures of Sabrina and Eli Brown from Pretty Little Liars: The Perfectionists will also be on the show.

In addition, Jordan Alexander is going to be playing one of the girls too and signed on in August. Fans are excited to return to the world of privileged New York students and the trouble they get into.