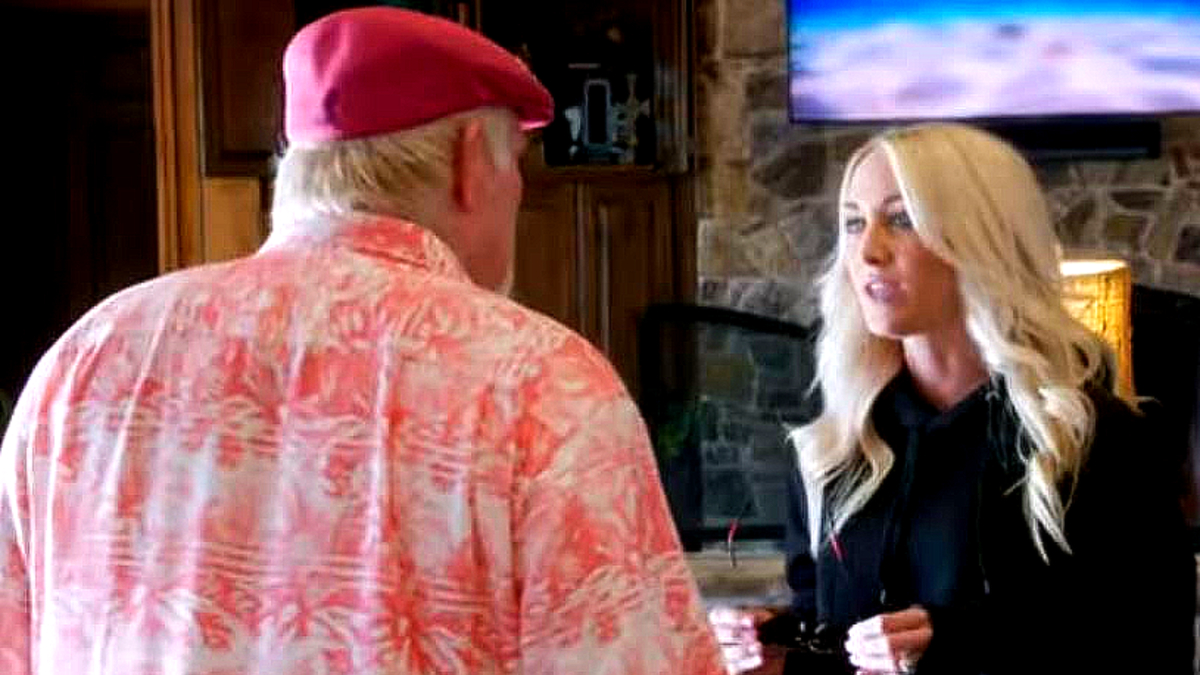 The Bradshaw Bunch is going there this Thursday night. Fans of Terry Bradshaw know that the Louisiana native is not shy when it comes to anything, even cornering his youngest daughter about her boobs.

You can take the Bayou State boy out of the swamp, have him work in Pittsburgh and then settle down in Oklahoma, but that wild cajun spirit never goes away.

How will Terry react when seeing his youngest daughter Erin for the first time since she got her boobs done?

TV Shows Ace has the preview of E! The Bradshaw Bunch where the funny moment is captured as the patriarch asks the awkward questions.

What happens on The Bradshaw Bunch with Erin Bradshaw?

Terry’s youngest daughter Erin is a married woman  and World Champion Equestrian who rides John Simon. Simon is a stallion and she is a Multiple APHA/NSBA World and Reserve World Champion.

Just another night where I try and feed John his treats and he smothers me. 🤗 Always make sure you live what you love. Thats where you find true happiness and that’s when it means the most to you. 🖤 #JohnSimon #TheKing

In the preview clip below, Terry learns that Erin has had a body modification.  He asks his bemused wife and daughters: “Hey, look…I found out that Erin had a boob job.”

The family is laughing and playing coy and they reveal nothing, as Erin enters the shot.  This is when poppa Terry decides to be a cut-up. He says to Erin, “Hi! How’s it going?  Hey pool party…did you bring your suit? No? Why not?

The other girls laugh and speak together in a separate interview and urge their sister Erin to just rip the bandage off—so to speak—and level with their dad.

Pittsburgh Steelers legendary player Terry Bradshaw and his larger than life personality are front and center once again on television. The former Steelers quarterback and his family star in E! reality series, The Bradshaw Bunch.

In his past sports life, Terry Bradshaw won four Super Bowl titles while serving as quarterback for the Pittsburgh Steelers between 1970 and 1983.

The Bradshaw family live a rural life of Oklahoma, and include his fourth wife wife, Tammy Bradshaw, her daughter Lacey Luttrull from a previous marriage.  Lacey has made the Bradshaws grandparents with her two children.

Rachel Bradshaw is Terry’s oldest daughter from his marriage to family attorney Charla Hopkins. She is a singer who was cast on the now defunct reality show, Nashville.  Sadly she lost her husband, Tennessee Titans kicker Rob Bironas in June 2014.

Terry served as host on NFL Sunday. In 2001, Terry became the first NFL player to receive a star on the Hollywood Walk of Fame.

He has been cast in some TV shows and films including the 2006 comedy Failure to Launch.

Check out his reaction to the youngest getting her boob job:

The Bradshaw Bunch airs Thursday at 9pm ET/PT, on E!