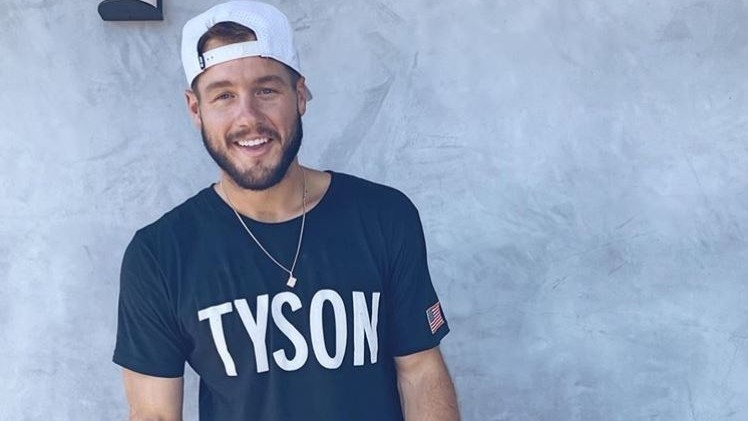 A new shocking podcast released today features Reality Steve and former Bachelor Colton Underwood. In the interview, Colton basically calls out the franchise for taking advantage of ex Cassie Randolph. Plus, while somewhat vague, he shares he’s not really on good terms with The Bachelor production, including Chris Harrison. Aside from all of that drama, Colton also addresses some tough questions with complete openness and honesty.

As shared in Reality Steve’s podcast, Colton admits at times his mental health has been far from good. He recalled a time when a female tried to grab him. She went so far as to say, “I’m here to take your virginity.” He said, “I just remember feeling so powerless and like such a piece of meat. That for me was a big turning point in my mental health, of like, ‘Wow, I have no clue what I’m in for right now.’ And it got pretty bad. It got dark.”

It didn’t stop there. Colton also noticed getting even more attention out in public and it messed with his head. He was in a bad place mentally with social anxiety cursing him throughout the time his season aired. Colton said, “I had so much anxiety and so much depression that I was like, throughout the majority of my season [airing], I was pretty heavily medicated. I’m not gonna lie. I was taking medication for anxiety and for depression during the whole entire season.”

He admitted he was struggling hard. Colton explained to Steve when asked why he was struggling. And, he didn’t want to appear ungrateful for what the show had done for him. He said he’s very grateful for the show. However, he never prepared for how deep it would dive into his virginity storyline. He felt like everyone around him had an opinion.

i hit the jackpot w/ you Zook

His beef with the franchise

Colton was asked by Reality Steve to confirm a rumor he’s heard. He told Colton he had heard producers took Cassie Randolph’s father out before hometowns and told him to protect her. Colton admits he tried to throw production off on who he was leaning towards choosing. He told Hannah G. was the one. Rumors flew production told Cassie’s dad Colton would break her heart for Hannah G.

Colton’s response came after a fairly long pause. He said, “I’ll say, when it comes to the producers — and this is where for me, very candidly, I have mixed feelings when it comes to them. A love-hate relationship with this part and with the production company.” He continued on, “What people need to realize is that what happens on this show can have an impact on the relationship down the road and off camera too. I just felt like there were certain things that happened that crossed the line as far as, like, being a TV show versus legitimately giving someone the best shot to find love. Hypothetically speaking, if someone took the father out, that’s not OK.”

Colton also said the above example from Steve is why he doesn’t want to forever be associated with The Bachelor franchise. While he does feel that way, he was also quick to point out he will always be grateful for the fans and the experience.

Colton shares there’s even more to the story

Aside from things Colton learned while filming, he has another beef with The Bachelor. He said he feels they used Cassie Randolph and took advantage of her. Colton received no invite to appear on GOAT episodes. However, production wanted Cassie on the show.

Colton shared a post on Instagram following her appearance on the show. It created a lot of drama and Cassie had plenty to say about it. However, Colton says his post was more towards producers, not Cassie herself. He said, “In regards to my post, I was more directing that towards Bachelor and here’s why. They never asked me to be on [Greatest Seasons Ever], which is fine because obviously I had my falling out with them and we’re not in a good place.”

Colton also called out Chris Harrison personally. He said, “I was more frustrated for her, because she just got completely taken advantage of and completely manipulated. You have Chris Harrison pointing questions saying, ‘I sense you don’t want to make Colton mad, or you’re afraid you’re going to upset Colton. It’s like, ‘No, Chris. I literally talked to her the morning of that interview. We’re good.’ Stop worrying about me or painting me to be this controlling or angry person. I’m not angry. If there’s anybody I’m upset about or upset with, it’s you guys.” He continued, “The whole thing with the franchise and them interviewing her is what really bugged me and really upset me.”

These last few weeks have been challenging because, by now, you all know I’m an open book and I enjoy sharing my life with y’all. When our relationship ended we agreed to handle things as privately as possible as we attempted to navigate our new relationship as friends. I chose to do that since we were living in this interim period, but obviously a lot changed this week. Every experience provides us with an opportunity for growth. If you’ve been kind enough to have followed our story you’ve been with us through all of the ups and downs which have taught me so many lessons. I’ve come to realize when you’re in the thick of it you just need to take a step back and look at things from a different perspective, in doing so I have gained so much clarity about what I want and more importantly what I need in a relationship. I’m so excited for this next chapter of my life with new stories and new people. I can’t thank y’all enough for your understanding and your support during this time. Your messages mean a lot!

Yep, Reality Steve asked him. Colton said, “In regards to those rumors, I mean, I addressed it pretty heavily in the book and I’ve gone through it throughout my whole entire life. Of course, it doesn’t help being on a national stage for the mental health aspect, but the bottom line is I’m not gay.” He continued, “I have love and support for anybody in the LGBTQ community and support that, and love is love at the end of the day. So yeah, that’s about it.”

Colton also admitted the rumors will probably be something he has to deal with for a long time to come.

As far as dating, rumors have been linking him with Lucy Hale. Colton didn’t have much to say on the subject. He simply said he had no comment right now.

Steve said, “I’ve had many criticisms of Colton over the years, and he addressed all of them, which is all I ask for in a guest. Colton is definitely a lightning rod in the franchise as people definitely feel strongly one way or the other about him. I don’t expect people who already don’t like him to do a 180 after this podcast.”

He continued, “However, if you actually listen to all 2 hours and not skim through or just care about tea spilling, if you take the time to listen to every question I ask and every answer he gives, I can’t see how anyone who absolutely did not like him coming in, doesn’t at least see a side to him that maybe you were unaware of. I know I did. He’s a straight up guy, didn’t dodge any questions, and even fills us in on some stuff that I’m guessing a lot of you didn’t know.”