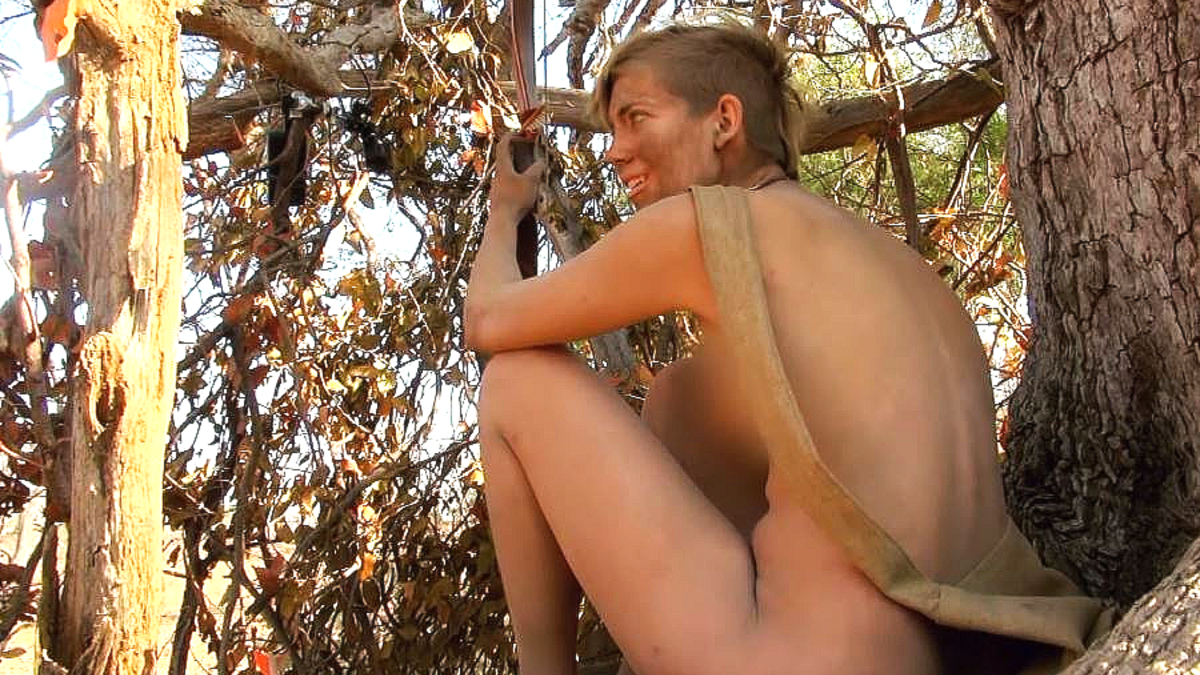 On the exciting finale of Discovery’s huge hit, Naked and Afraid XL. there may be an eleventh hour tap-out of one of the stronger contestants.

But in TV Shows Ace exclusive clip below, we see contestants Gwen Grimes, Sarah Bartell, and Bulent Gurcan working together to corner some impala in a bid to score a nice protein-rich feast ahead of their extraction.

And with the challenge completion within their grasp, these three undaunted players won’t quit. Gwen and Sarah deploy crossbows along with Bulent as they push for one last rewarding kill.

Also. it was teased by the producers that a deadly snake could end an unnamed contestant’s XL journey on Day 40.

About the series Naked and Afraid XL

Discovery Channel’s survival reality series Naked and Afraid is a hit TV series because of its authentic format set against unpleasant and inhospitable odds.

The series spin-off, Naked and Afraid XL, turns up the volume for people who have completed the initial 21 day task. Now as a seasoned group of people are reconvened, they must survive 40 days, not just 21.

This is all done without clothing and shoes, and with minimal tools and without any assistance from the production crew.

Our clip below features Oregon native and now Alaskan resident Gwen Grimes, one of our sixth season players of Naked and Afraid XL. Grimes’ 21-day journey on the Mexican desert was recorded in Naked and Afraid season 10. But now she finds herself with Sarah and Bulent in the Valley of the Banished in South Africa.

Portland, OR native Sarah Bartell lived for a spell in Jakarta, the capital of Indonesia, and now is pursuing an off-grid lifestyle in her homestead in Klickitat in Goldendale, Washington.  This taxidermist is the founder of Wildheart Homestead that is dedicated to education, sustainability, and preservation of nature’s gifts. She rescues animals until they find a foster home.

Turkish American Bulent Gurcan is described as a “no-nonsense survivalist” who is also a self-employed professional life coach. The family man lives in Point Roberts, Washington. He also has served as a Customs and Border Protection Officer for the Department of Homeland Security/CBP in Point Roberts for ten years.

What happens in the Naked and Afraid XL preview?

Sarah is perched in a tree as a lookout for Gwen and Bulent. She says: “We have some impala coming in now. something spooked them before they dropped
down into the ridge so that’s unfortunate.”

Gwen is ready with her weapon, She says: “The impala start coming down over the hill…I am hoping they come within distance so that i can shoot one.
And they take the higher trail that’s about 40 yards away from me which is too far of a shot and they’ll head down towards Bulent.”

Observing their movements, she adds: “They’re on the move [and] there’s a bunch of them there. Bulent is in the lower blind…so hopefully within the next half hour to an hour he will get a kill.”

Bulent is watching closely as the impala descend the hill. He says: “Hold on, they’re coming from the upper blind. I hear the animals coming down they’re getting close.”

With this end of the grueling contest last day within reach, Discovery Channel shares that one survivalist goes against the group, and is subsequently banished and must try to complete the challenge alone.

Naked and Afraid XL airs Sunday at 8 PM on Discovery and Discovery Go.