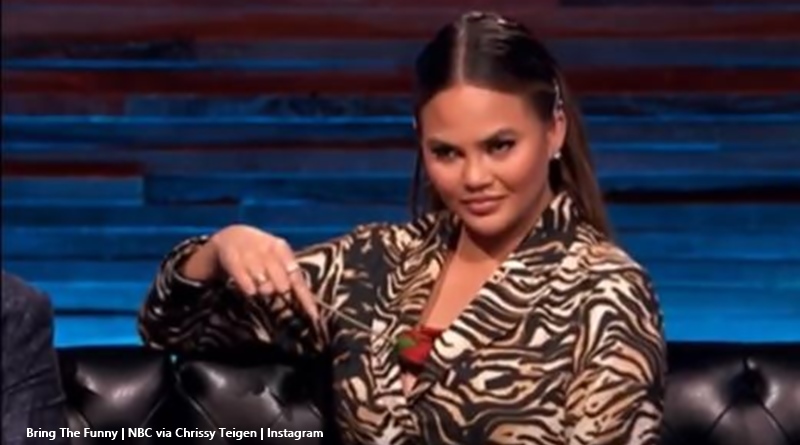 Chrissy Teigen accumulated over 13 million followers. But recently, she set her Twitter status to “protected.” That means fans now have to request access to them. Probably, that relates to the heat she took from people who trolled on her in the last few months. While her Instagram remains public, Twitter brings rather more outspoken critics.

This week, she asked fans on Twitter for advice about her body piercings. Possibly, without protecting those tweets, angry people may have slammed her for such triviality during the protests and coronavirus.

Chrissy Teigen gets a lot of heat lately

We reported several instances where Chrissy got a lot more critics than usual. In April, Chrissy tweeted about hating all the “favors” people ask of her during the coronavirus. Well, many former fans slammed her for that. After all, she asks favors of people and they don’t slam her for it. Specifically, they related to Chrissy putting out public tweets about needing “romaine lettuce or Italian sausages.” Plenty of followers simply hate negativity from Chrissy. They feel they never signed up for that.

Another tweet that drew a lot of critics involved offering “hundreds of thousands” of dollars to protesters arrested during the George Floyd unrest. We noted that Chrissy Teigen tweeted, “In celebration of whatever the f— maga night is, I am committed to donating $100,000 to the bailouts of protestors across the country.” Then, when people complained, “she upped it by another $100,000.” In May, cookbook author Alison Roman and Chrissy clashed, The Blast reported. She complained that Chrissy gets people to follow her as a “content farm.”

While Chrissy seemingly toughens up on critics on Twitter, it could be with good reason. After all, many people face serious challenges with income, the coronavirus, and fear of the protests. Possibly, if her critics saw her tweeting about her body piercing during these worrying times, even more hate would go her way. People reported that she asked fans their opinion on her age and the correctness of getting them done. Later, she shared on Instagram Stories that she got them done. She also talked about her breast size.

For many people, asking about a diamond in her nose, or other piercings simply sounds a bit off. Like who really cares? Whether Chrissy Teigen’s breasts melt down into sacks, or where she gets her next expensive piercing hardly seems like earth-shattering news. More people these days seemingly prefer meaningful dialogue from their TV stars. The world might never be the same again. America might never be the same. Therefore, discussing a diamond in the nose hardly brings good cheer to many people who worry about next month’s groceries and the lives of their loved ones.

What do you think? Sound off in the comments below.