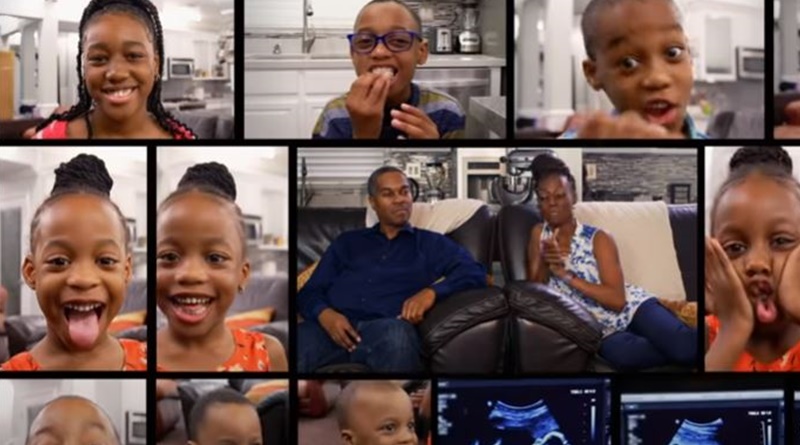 Doubling Down with the Derricos premiers on TLC on August 11. It brings yet another large family with multiple kids.  Karen and Deon Derrico, like the OutDaughteered show, raise heaps of kids. But if you think that’s a problem, this family has two sets of triplets and twins. Oh, and some quintuplets, as well. Altogether, the kids add up to 14. So, where can you find the family on social media?

Doubling Down with the Derricos  –  the kids and more

The very large family arrived naturally. Apparently, as we reported, these multiples run in the family. An interesting point: Deon and the kids’ names all start with the same letter. A bit like Counting On and the Duggar family, each name starts with a D (as far as we know.) At least, back when they only had nine children in the family, they comprised of:

The family from Doubling Down with the Derricos grew by five kids since that throwback notification on Deon’s Instagram. Meanwhile, according to Distractify, they all live in Las Vegas. But, they may own a vacation home “in Myrtle Beach, S.C.” That seemed possible, judging by a post that Karen shared in 2019. As Deon works in real estate, it’s possible they own more than one property.

TLC – the storyline and social media

The outlet also notes that the show begins at the point where Karen carries the triplets. Unfortunately, the doctors want her in hospital for 24 weeks of her pregnancy. Actually, back then, they only had 11 kids. But, the eldest daughter, 14 at the time they filmed, helps out with the younger ones. There may be some extended family members who also help out.

Multiple kids and massive family seem very popular with TLC fans. No doubt, plenty of people wish to follow them on social media. Deon runs an account on Instagram. So far, he shows as garnering 10.6k followers. No doubt, that number will rise once the show starts on TLC. You may also find him on Twitter. There his profile reads, “Proud husband and father of 14 children, “Doubling Down with The DERRICOS” on TLC and Real Estate Investor.”

#DoublingDownWithTheDERRICOs please tweet us live while watching us on TLC 08.11.2020 @ 10/9c our viewing party shall be lit 🔥 #DEONDERRICO #TheDERRICOs pic.twitter.com/QRlMC099Se

Karen also runs an Instagram account. There her profile notes that she’s a Christian, a mom of 14 kids, and a “breastfeeding advocate.” Karen seems a bit more active on her Instagram than Deon. In fact, plenty of extended family members feature on her posts. In July 2019, she shared a photo of her wristbands in the hospital. She captioned it with, “Check out my new bling!!! Tiffany’s don’t have anything on me! Thank you Jesus for the safe delivery of my babies! Congrats @deonderrico!! You gave me once again the best gifts!!”

Check out my new bling!!! Tiffany’s don’t have anything on me! Thank you Jesus for the safe delivery of my babies! Congrats @deonderrico!! You gave me once again the best gifts!!

Fans of Doubling Down with the Derricos may also follow them via fan and other accounts. A Fan Group started up for them on Facebook recently. Plus, there’s a Facebook page under the name of Derrico Derrico.

Remember to tune into TLC on August 10 for the premiere on at 19 PM ET.