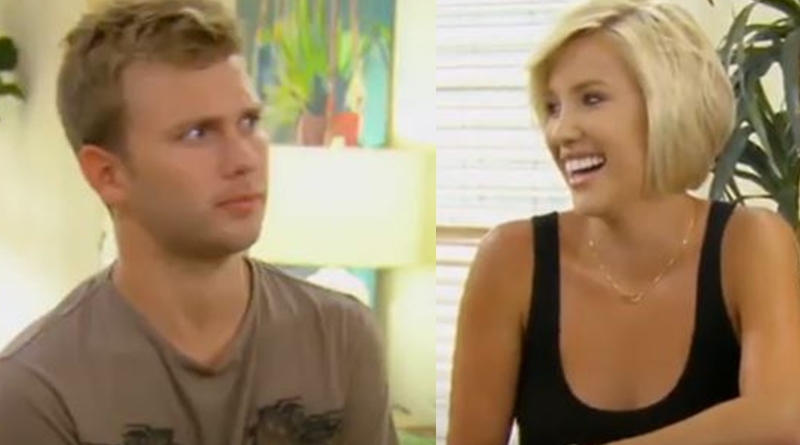 Chrisley Knows Best fans know that Chase and his dad Todd joke around a lot. It runs in the family, it seems, with the possible exception of Lindsie, who remains estranged. Now, Chase continued the joking tradition. But this time, he teased his sister Savannah that for all anybody knows, he might already be a dad.

We reported on July 12, that Todd Chrisley seems rather impressed with Chase’s new girlfriend. He shared a photo of the handsome-looking couple. His caption read, “Now this folks just places a bigger smile on my face than it does these two beauties .. love you both.” Notably, he also “tagged Emmy Medders in the post.” But, she’s not his first girlfriend. And, there may be other women in the life of Chase that fans don’t know.

The Chrisley Knows Best funny guy doesn’t always post photos of every girl he ever met or dated for a bit. Bear in mind, in the spin-off, Growing Up Chrisley, Chase and Savannah stayed in Los Angeles without their dad. Who knows what all he got up to? Anyway, in a recent video that Savannah shared, Chase joked about other girls and the possibility he might be a dad.

Now this folks just places a bigger smile on my face than it does these two beauties .. love you both @chasechrisley @emmymedders

Chase jokes about being a dad

Nanny Faye enjoys spending time with Chase. Maybe because he inherited her fine sense of humor. Savannah took to her Instagram and shared a short video clip of him out with Nanny Faye for a walk. When Savannah turned on her camera, Chase told her she shouldn’t film him because he just ate like “five donuts.” Then, he flexed his muscles. Savannah said, “Dad bod. Not even a dad.” But Chase quickly quipped back, “not that you know of.”

Fans of USA Network’s’ Chrisley Knows Best responded in the comments. They all love Nanny Faye and one quoted her as saying, “they don’t count if you don’t count them. And that’s a whole message!” Plus, this old quote got mentioned, “I didn’t count mine I just keep eating em” I love nanny 😂.” Another fan wrote, “Hahahahhahaha. “that we know of.'” Another fan commented, “Chase thooo Zdaddy! 😂😋.” And, inevitably, one person wrote, “Daddy!” Actually, Chase seems very popular with fans and lots of them told him that he’s not “fat” and they “love him” just as he is.

In case you missed the story today 🤣🙌🏼 I swear we love each other y’all! @chasechrisley @nannyfayechrisley

Chrisley Knows Best fans never forgot Savannah in the comments either. People thanked her for sharing the video. And, one person wrote, “Chase is not a fat a*s! But that was hilarious. He is handsome and you and Nanny Faye are Beautiful❤️.” One thing about Chase, Todd, Nanny, and Savannah is that when they get together, something always arises that makes their fans laugh a lot.

What did you think about Chase teasing his sister that he might be a dad already? Sound off in the comments below.