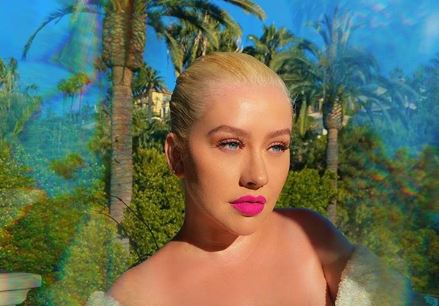 Christina Aguilera is speaking out about a time in her early career. Now, her name is a household name. It turns out that when she started her singing career she was told that she should change her name. Yahoo shared the details that she revealed.

Christina shared a lot in a recent interview with Billboard. She shared that professionals in the business wanted her to change her name. Here is what she explained.

“I remember when I was first coming up, there was a big debate around me on changing my last name because all the businessmen around me thought it was too long, too complicated and too ethnic. ‘Christina Agee’ was an option, but that clearly wasn’t going to fly. I was dead set against the idea, and I wanted to represent who I really was. Being Latina, it is a part of my heritage and who I am.”

Luckily, Christina has the voice that nobody can forget her name. It hasn’t changed how amazing her career has been over the years.

As a child, she was even asked to change her name to her stepfather’s last name. The thing is Christina Aguilera is proud of her name. There was no convincing her to change it at any time or age. She has even recorded some of her songs in Spanish. Christina is very proud of where she comes from.

What is she up to now?

Christina Aguilera was a coach on The Voice. She hasn’t been on the show for a while now, though. Fans would love to see her come back.

On her Instagram, she has been sharing a bit. Christina did recently just drop new merchandise for fans. It also looks like she has been working and spending time with her family. Because of COVID-19, that is what a lot of people have been doing is getting quality family time.

It also means like more Latin music is coming in the future. Here is what Christina shared.

“I am getting back to my roots and exploring who I am now as a grown woman who doesn’t have to cover my own English material in Spanish, but as a woman who can draw from my own personal experiences and express that with honesty. Having survived decades in this business, I am proud to tell the truth about what that means to me.”

Don’t miss a new season of The Voice when it returns to NBC. Hopefully, at some point, Christina will join the show again. The upcoming season has Gwen Stefani returning once again.