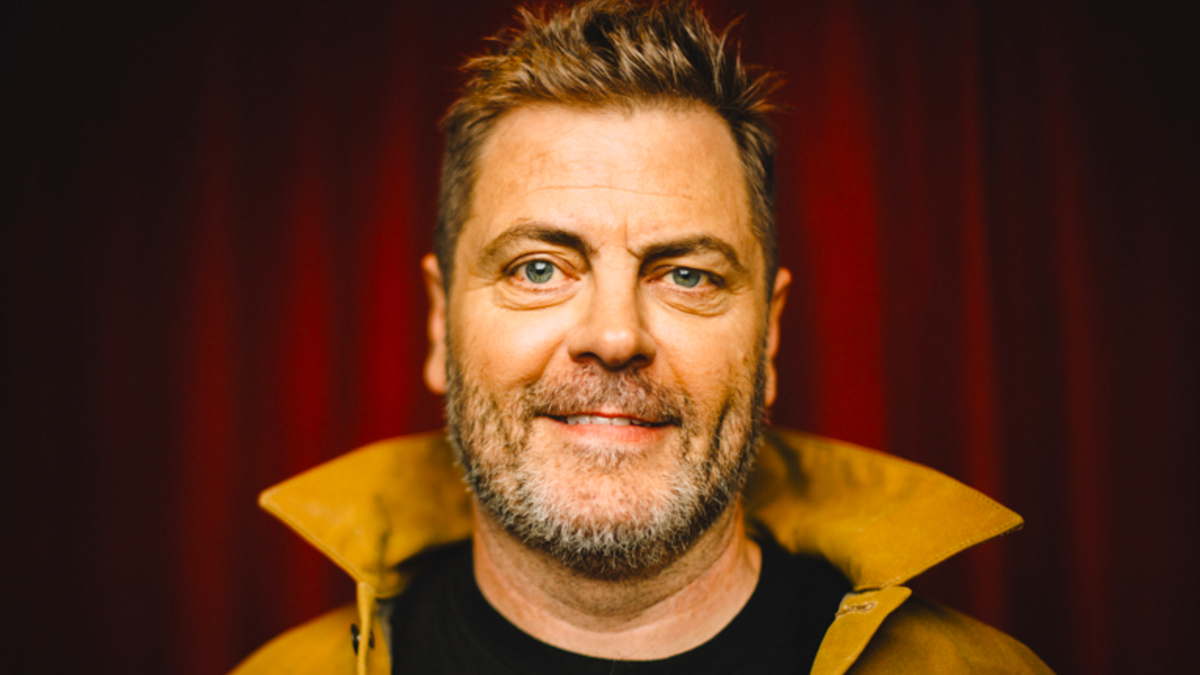 CuriosityStream’s new series The History of Home has put the streaming giant squarely in the running for award season with this interesting look at how we live.

TV Shows Ace exclusive preview from The Foundations of Home episode is the amazing craftsman home called The Gamble House in Pasadena, California where the film, Back to the Future was filmed. The house served as Doc Brown’s house and is a regular destination now for fans of the film.

This fascinating new series stars Nick Offerman as narrator, as the series explores how humanity has dwelled, from caves to cabins, condos to castles, and everything in between.

And Offerman is a laconic wit who proves to be the best tour guide ever, as the site’s founder John Hendricks has crafted a dynastic TV network family counting Discovery and all its network progeny [TLC, Science Channel, Investigation Discovery and more] that continue to rule the cable television space.

And aided by Clint Stinchcomb, the creative powerhouse team revealed the streaming venture to the Television Critics’ Association Winter Press Tour back in 2019, and they haven’t looked back since.

CuriosityStream Reveals The History of Home in Original Series

Whatever the structure or shelter, the history of humankind is deeply entwined with the fascinating story of where, how, and why we make our homes. CuriosityStream’s three-part series The History of Home is a compelling journey around the world and through time to discover the surprising histories and mysteries behind every room in the house.

Narrator Nick Offerman (Parks and Recreation) guides viewers through every domicile and doorway with his trademark humor.

Interviewing world-renowned architects, designers, craftsmen and historians, viewers get amazing insights on every “story” of the house; from the hallways to the kitchen, then upstairs to the bedrooms and bathrooms.

What the creatives behind the series are saying

Rob Burk, Head of Content for CuriosityStream said in a press release:

“Now more than ever, where we live, where we shelter and where we seek sanctuary is an integral part of each of our lives. With The History of Home we wanted to deconstruct the concept of home to expose the surprising origins of the structures and rituals that surround us every day. We travelled the globe to provide intimate access to some of the most spectacular homes of all time, from famous structures like Highclere Castle — home to the series Downton Abbey — to Kirkjubøargarður, also known as King’s Farm, one of the oldest still-inhabited wooden houses in the world. The History of Home represents CuriosityStream’s unique approach to history; engaging, relevant and always entertaining.”

“I love our human capacity for building clever spots in which to cook our meat and make sweet love to our spouses. This series is such a beautifully embroidered paean to the varied results of that particular talent, so I was over the moon when they asked me to collaborate with their gorgeous work.”

Schedule of episodes (all descriptions courtesy of CuriosityStream)

EPISODE 1 – “The Foundations of Home”

“From humble mud bricks, to an Italian mountain with the world’s most prized marble, we start with the foundations of home. Explore the cave dwellings of our earliest ancestors and the wooden homes of Vikings, all the way to the soaring skyscrapers of modern metropolises. Some of the incredible locations on the itinerary include: a sleek, earthen eco-retreat built of lava; an ambitious archeological effort in France to build a medieval castle from scratch; Hampton Court Palace to explore the history behind King Henry VIII’s brick pleasure palace; Pasadena, California, where movie buffs will recognize an iconic American Craftsman home; and San Francisco, where we meet award-winning designer Yves Béhar who is designing homes of the future.”

EPISODE 2 – “The First Story of Home”

“Step inside the home to discover the fascinating origins of how our favorite rooms evolved. Feast in the original hall of fame at the world’s largest Viking Hall. Then, journey to Thomas Jefferson’s Monticello and its incredible kitchen where the beloved french fry may have been invented. You will need to be on your best behavior to sit with the lords and ladies dining with us at Highclere Castle (from Downton Abbey). And finally, explore the luxurious living rooms of Hearst Castle and meet interior designer to the stars Brigette Romanek.”

EPISODE 3 – “The Second Story of Home”

“Go upstairs to the most intimate rooms of the house — the study, the bathroom, and the bedroom. Working from home takes on new meaning in history’s greatest studies as we pull back the curtains on the rooms that made Mark Twain, Thomas Edison and Virginia Woolf. Next, dive into the dirty details behind the most private room in the house; the bathroom. After, we explore the boudoirs of French kings and queens at a castle 500 years older than Versailles and take a look inside the high-tech bedroom designs of the future. Finally, we will look to the horizon to see what the future of home on earth, and even on Mars, might look like.”