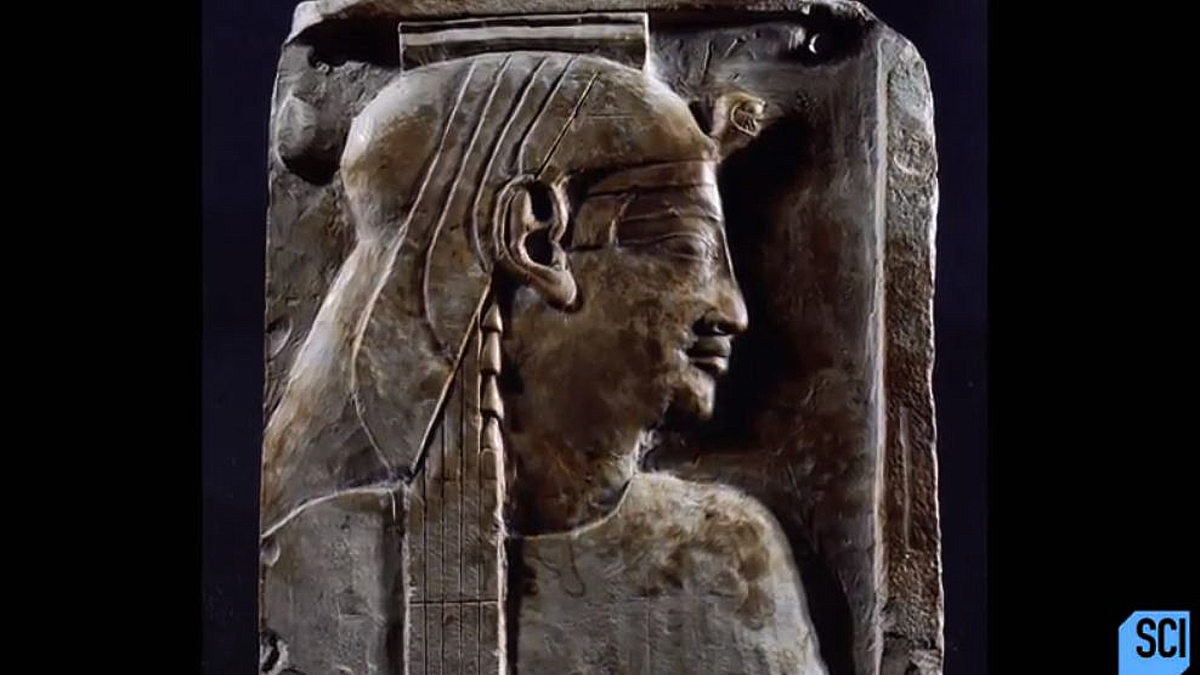 Cleopatra: Sex, Lies And Secrets takes us to the tomb of what may well be Egypt’s most famous queen, Cleopatra, the ruler of the Nile.  The famous queen has been depicted in popular cinema by Elizabeth Taylor, Sophia Loren and even Claudette Colbert.

Science Channel brings this two-hour event to TV on June 21.  The producers have trailed the efforts of a team of archaeologists who have worked for years trying to find the infamous queen Cleopatra’s resting place.

Cleopatra was the last queen of Egypt. Despite the suspect historical accountings of her reign, our own popular culture has been mesmerized by her high profile Roman love affairs and twisted family history.   She made great headlines and her power was an anomaly in a time where women had little of it.

But who was the woman behind the prolific image we know as Cleopatra?

Science Channel experts seek out the latest groundbreaking archaeological research to unravel the mystery behind this elusive Egyptian queen.

In the preview below, we go to the edge of the Nile delta where discoveries have been made. A female researcher says that the whole complex they are exploring and digging is “huge,” and that a major archaeological dig has begun.

The hunt for Cleopatra’s resting tomb has taken years. We know that Cleopatra’s name is synonymous with seduction. Her beauty and her charms unequalled as she beguiled Julius Caesar and bedded his top general Mark Antony.

The new research shows that she has been thoroughly demonized by the ancient sources of historical texts, and heavily mythologized for this brand of what one researcher calls “demonic sexuality.”

Once the ruler of one of the greatest empires in the world, Cleopatra was well known for her seduction skills, beauty and political and familial scandal. But despite being a prolific figure throughout history, details about her life remain clouded.

We do know that Cleopatra was not Egyptian, but her ancestry traced to Macedonian Greece and Ptolemy I Soter, one of Alexander the Great’s generals.

She also was part of a royal family that engaged in incest. Members of the Ptolemaic dynasty she was part of often married within the family to preserve the bloodline. Cleopatra eventually did marry both of her adolescent brothers at different times during her reign.

Cleopatra and Roman general Mark Antony really were a thing, beginning their love affair in 41 B.C. Their hedonistic relationship was a quid pro quo in that Cleopatra needed Antony to protect her crown and maintain Egypt’s autonomy, while Antony needed access to Egypt’s money and commodities.

About the special on Science Channel

“A new theory about Cleopatra’s burial ground introduced by archaeologist Dr. Kathleen Martinez, suggests her tomb may be found in a place known as Taposiris Magna. Built over 2,000 years ago, the grounds of Taposiris Magna are honeycombed with hidden passages and tombs. When experts astonishingly uncover an undisturbed tomb decorated in gold leaf, it could be the answer to the 2,000-year-old mystery of Cleopatra’s final resting place. The special will follow experts’ meticulous archaeology and the cutting-edge technology to reveal the secrets of Cleopatra’s life.

The executives behind the special

This event is produced for Science Channel by Arrow Media, Handel Productions and Rezolution Pictures. It is Executive Produced by Lucie Ridout for Arrow Media, with Tom Brisley as Creative Director; with Executive Producers Alan Handel for Handel Productions and Catherine Bainbridge for Rezolution Pictures. For Science Channel, Neil Laird is executive producer.