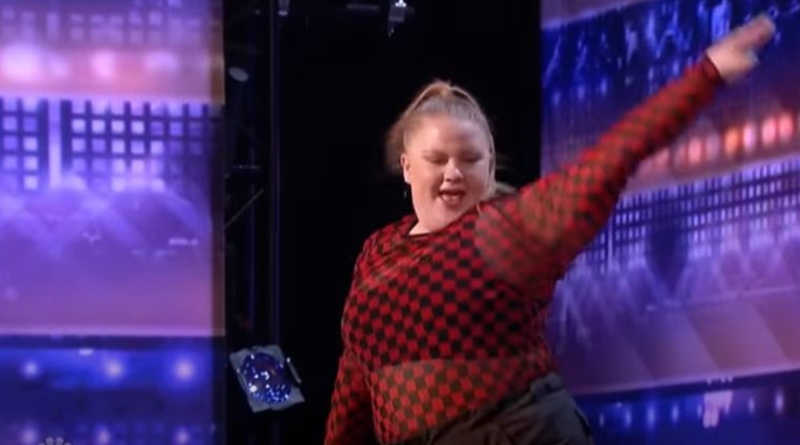 AGT brings some great talent in the current season. Already, fans saw several contestants walk away with the coveted America’s Got Talent golden buzzer. But in the third episode, one competitor got the bad type of buzzer from Heidi Klum. Fans expressed their fury as Amanda La Count clearly brought talent to the show. Even more, the fans grew angry as Heidi buzzed someone who said she represented those without a voice. She told Simon Cowell that people constantly “body-shamed” her.

Amanda knows she’s a plus-sized person. She told Simon Cowell that “almost anyone you can think of” tells her she can’t dance because of her size. Simon told her to tell them to “shut up.” When Amanda started dancing, clearly, the audience felt she has a lot of talent. The young woman started dancing her heart out. Notably, Simon sat back in his chair and smiled. Obviously, he enjoyed her performance.

As the dance progressed, the America’s Got Talent audience started applauding and cheering. Bouncy, into it, smiling as she performed, the shock on her face seemed very apparent as Heidi Klum buzzed her well before the end of her dance. Seconds before that, Howie Mandel smiled as well. But AGT’s Heidi had a look on her face as if she just saw something disgusting the cat brought in.

When Heidi slammed the buzzer, the audience was cheering Amamda on. The sound of the buzzer shocked Amanda’s mom backstage. Amanda looked shattered and even Howie looked surprised. However, Yahoo noted that he also came out with a “no” for Amanda before the audience convinced him otherwise. People in the audience gave AGT judge Heidi the thumbs-down as previously, they were on their feet in appreciation of the act.

Actually, Amanda, despite the shock, continued on with her dance. Backstage, Terry Crews really got into her dance. At the end of her dance, Simon clapped and stood up. So did Sofia Vergara. Amanda’s mom cried as the audience all stood up and applauded Amanda. After Heidi told Amanda that she’s “not a million dollar act.” AGT‘s top judge Simon spoke. He said that he “loved every moment  of the audition.” He said that her “joy” and enthusiasm’s “contagious.”

In the comments of the video below, angry people slammed Heidi Klum. One said, “I can respect it’s Heidi’s opinion, but there was absolutely no reason for her to buzz her like that, a girl who already has confidence issues. I’ve seen much worse acts than this that were not buzzed by Heidi. That was a very harsh and humiliating thing to do to such a sensitive girl like this on national TV. I ‘BUZZ’ Heidi.”

But over on Twitter, fans also slammed Heidi. One AGT fan wrote, “watching #AGT & finding myself disappointed in Heidi Klum because she could have waited until the young girl was done dancing. The buzzer was unnecessarily mean, to be honest.” Another one noted, “@heidiklum. Of course you hit the X on the +size girl. You would think she would look past the ‘perfect body image’ & see the actual talent of the dancing contestant in front of her. & OF COURSE Heidi blocked us from commenting on her insta.”

@heidiklum is a rotten bitch for ❌ The Dancing girl. She could've just said "No" after she finished. Heidi, You're Trash! #AGT

Do you agree that Heidi didn’t really need to buzz Amanda so soon into her performance? Sound off in the comments below.