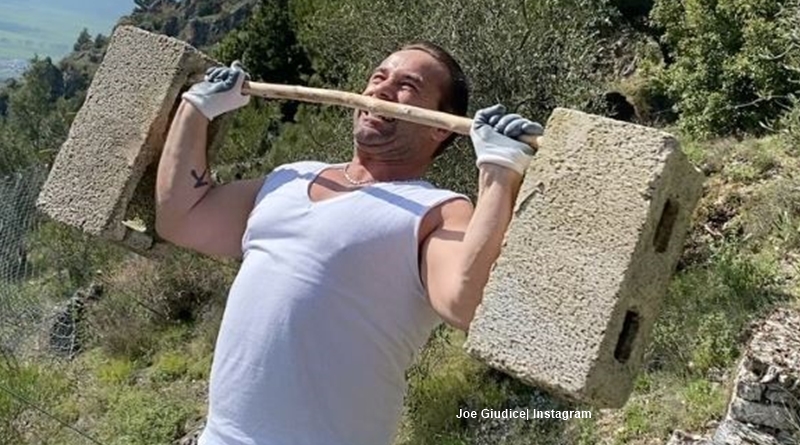 Real Housewives of New Jersey (RHONJ) star Joe Giudice works out in Italy and prepares for his pay-per-view celebrity boxing match in October this year. When the news broke, fans awaited the name of a challenger. Joe seemed keen to take on anyone up for the challenge. Now, the name of the challenger got revealed as Ojani Noa.

RHONJ – Joe and Ojani Noa battle it out in the Bahamas

Joe signed up for the celebrity boxing match without knowing who he might face in the ring. Joe won’t know how much he earns from the fight until it airs as it’s a pay-per-view venture, TMZ noted. The details came from Celebrity Boxing promoter Damon Feldman. The fight involves three rounds lasting for 1 minute and 30 seconds each. That might not sound like very long, but Ojani takes it seriously. He said on his Instagram, “I’m Coming for you 👊💪 @joe.giudice.”

Ojani, of Cuban background’s best known for his roles as an actor and producer in movies like Vendetta: No Conscience and No Mercy. Those movie titles sound a little ferocious, but does he have what it takes to put down RHONJ star, Joe Giudice? Notably, his profile shows that Jennifer Lopez’s ex is also a “personal trainer.” Like Joe Giudice, his Instagram page shows him working out with weights. Meanwhile, the Real Housewives of New Jersey star works out in Italy under slightly less sophisticated conditions.

Joe Giudice shared about the fight on his Instagram. One of the first people who responded was his eldest daughter, Gia. She commented, “I’ll be in the first row 🙋🏼‍♀️.” The @celebrityboxing1 account replied to her, saying, “awesome we will have VIP seats reserved for you and family.” Some fans encouraged Joe. One of them noted, “I know Ojani. He used to run J Los old restaurant in Pasadena, CA. Dude is pretty fit but you look like you hit harder.” But another one thought otherwise. They commented, “Joe G will be gone in under 2 minutes.”

Other Bravo fans gave the RHONJ star some advice. Some of it verged on a bit of below-the-belt stuff. Others sounded off some really good tips though. One fan wrote, “just protect that face @joe.giudice & keep moving don’t let him get in your space.” But, it looks like Joe prepared himself for a while now. On his Instagram Page, the Real Housewives of New Jersey star already shared plenty of photos of himself working out. He bulked up a bit in Italy, but also boasts a rather impressive fighting figure these days.

The celebrity boxing match airs on October 24 and the fight takes place in the Bahamas. So, Joe still has a few more months to prepare for the showdown. Do you hope he wins? Sound off in the comments below.