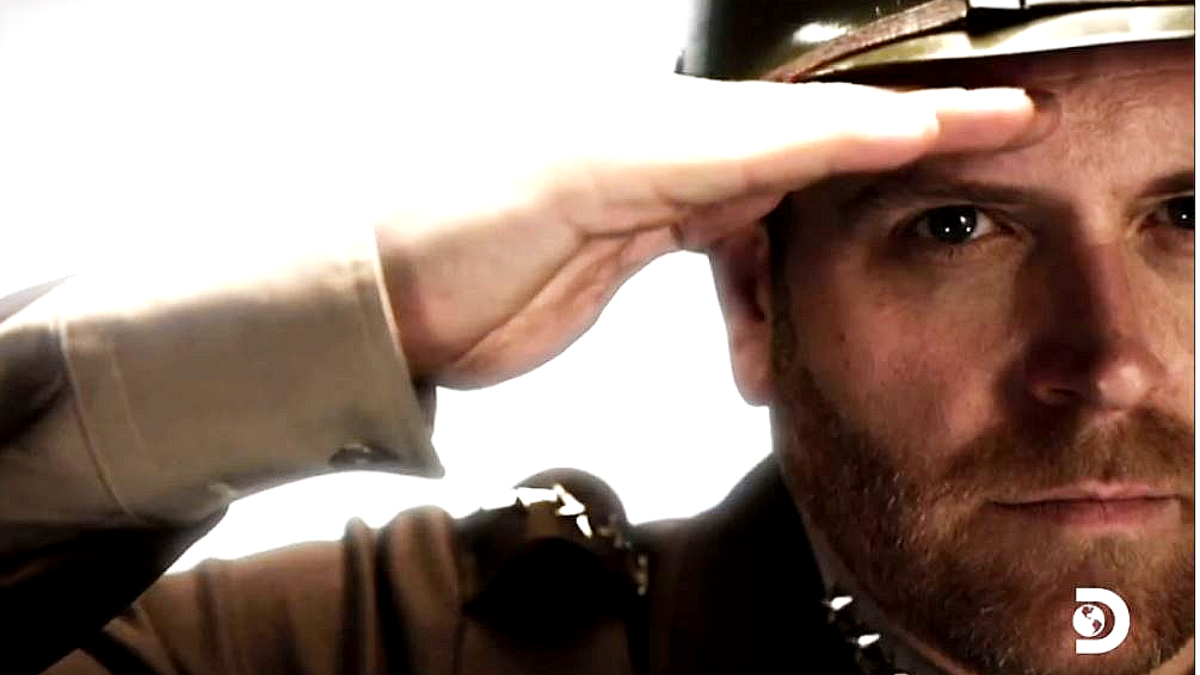 On the next episode of Josh Gates Tonight, the Discovery star welcomes Dennis Quaid and Seal Team 6’s Will Chesney who was part of the raid that took out Osama Bin Laden.

Josh will also talk to the men of Project Recover.

And in a moment of tense anticipation, Josh also learns the hard way that our military’s canine unit is more effective than ever. he is suited up for a full-on German Shepherd attack.

He will show you in real time how fast a dog can pin him on the spot.

In his exclusive TV Shows Ace preview clip, he takes on the opening of the classic film Patton as he “pities” other TV show talk hosts.

The lineup is a great patriotic tip of the hat to those who serve the USA, and promises to be one not to miss.

Project Recover is part of a collaborative team effort with University of Delaware, Scripps Institution of Oceanography at the University of California San Diego, and the BentProp Project.

Their research combines the historical data from many different sources in their quest to further underwater search areas with scanning sonars, high definition and thermal cameras, advanced diving, and unmanned aerial and underwater robotic technologies in a bid to recover lost servicemen.

Their work and information is shared with the U.S. Government Defense MIA/POW Accounting Agency (DPAA), for formal identification, family notification and ultimately repatriation.

About Seal Team 6 and Will Chesney

Chesney is the author of the book No Ordinary Dog, the real story of a SEAL Team 6 operator and military dog handler, and the dog that saved his life.

After the mission, only one name was made public: Cairo, a Belgian Malinois and military working dog. Will Chesney, a SEAL Team 6 operator was his handler.

You will not want to miss this interview.

Josh Gates is our favorite brainy and witty host and he speaks with experts from across the globe to provide additional insights into past expeditions for his hit Discovery series, Expedition Unknown.

The series has seen strong ratings all around since its launch as Gates interviews a variety of celebrity guests including Shawn Johnson East, Terry Gilliam, Joel McHale, The Property Brothers, and shares updates and unseen footage of his worldwide adventures.