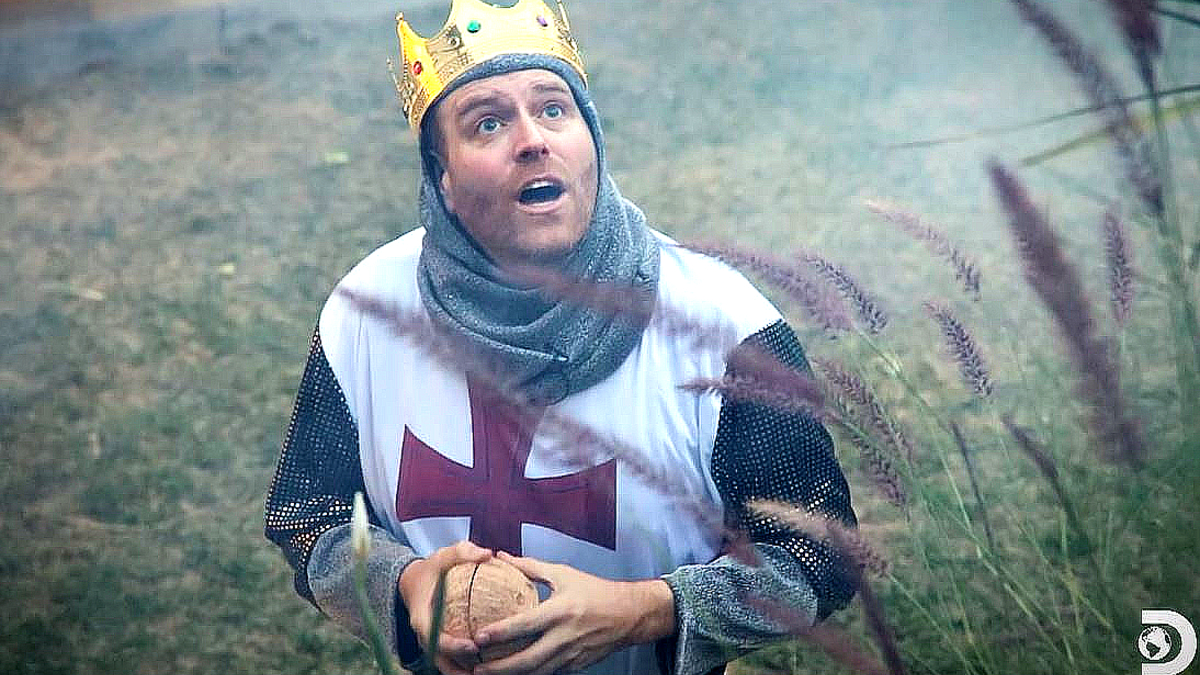 All great British legends and mysteries are discussed tonight on Josh Gates Tonight only on Discovery.

Discovery Channel’s virtual talk show, Josh Gates Tonight airs Wednesdays and is hosted by Josh Gates. The series has seen strong ratings all around since its launch as Gates interviews a variety of celebrity guests including Shawn Johnson East, Joel McHale, The Property Brothers, and shares updates and unseen footage of his worldwide adventures.

Gates is an affable host and he speaks with experts from across the globe to provide additional insights into past expeditions for his hit Discovery series, Expedition Unknown.

In tonight’s episode, the one and only Terry Gilliam, one of the founding members for Monty Python, joins Josh Gates for a fun chat about his latest projects and the legendary film, Monty Python.

Monty Python and The Holy Grail was directed by Terry Jones and Terry Gilliam. Novice filmmakers, Gilliam handled all the look of the film and Jones the rest of it.

“The [Python] group… the group doesn’t like being directed is what one can say we’re a group of equals, and suddenly two guys are calling the shots, right?  Doesn’t work that well, right? And John [Cleese] in particular didn’t like uncomfortable costumes. He didn’t like this, he doesn’t like any of…they were people who are more comfortable in the TV studio, [than] what we’re doing rather being in Scotland, in the real world.”

Gates will get into history and discuss the mythic King Arthur with Gilliam, who finds that lore an allegorical tale akin to describing the nascent ideas of democracy, in general.

“The only kind of people who I wanted to listen to are children or mad men,” Gilliam tells Gates, based on their clarity, lack of guile and innocence.

Gilliam is the sole American-born Python troupe member.  Hailing from Minnesota, Gilliam’s career morphed from Python’s stylish animator and actor to the creator of epic films like Time Bandits, Fear and Loathing In Las Vegas, Brazil, The Fisher King and the jarring thriller, Twelve Monkeys.

It was his otherworldly film Brazil that received an 1986 Oscar nomination in the Original Screenplay category.

In the most recent news, Gilliam go into a bit of hot water over comments about the #metoo movement in an interview with the Independent,

Yet, it was his early absurdist work with Python that he credits for his start in the creative cinematic arts.

Gilliam gave them praise in a recent 2020 NME interview:

“If I hadn’t turned up in England and that hadn’t happened I wouldn’t be making films. I don’t have the patience to be a tea boy and work my way up. I just came in the top. There was Terry Jones [who sadly passed after this interview took place] and I, neither of us had made a feature film before and suddenly there’s our credits up there, and people see it and they think you know what you’re doing. So I’ve been working my way down for a long time from the top.”