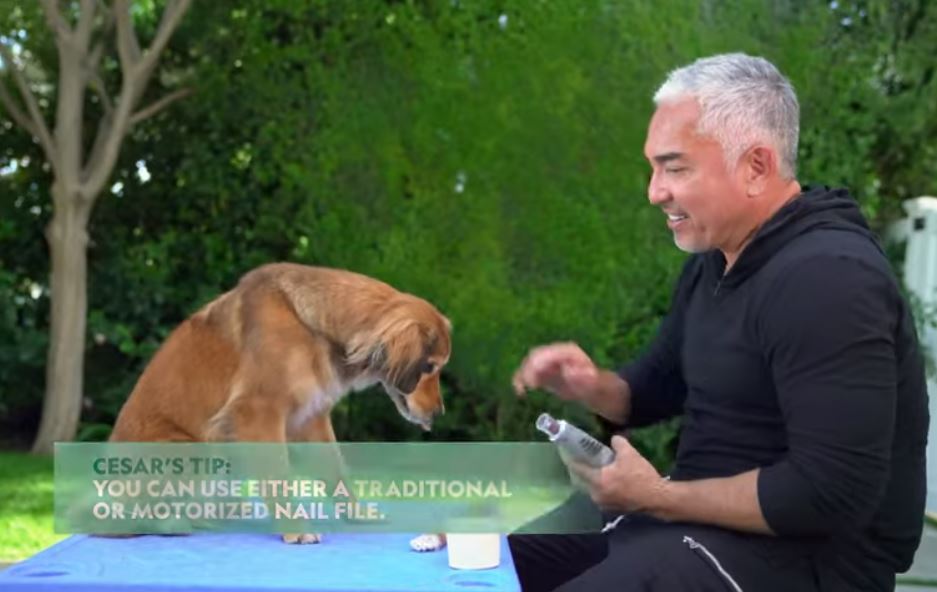 Cesar Millan is one of our favorites from the Nat Geo WILD family, and the star looks like he hasn’t aged a day. Millan sent TV Shows Ace an exclusive how to video to show you how to trim your puppy dog’s nails without hurting them.

Millan, aka The Dog Whisperer star has a new series, Cesar’s Way, joining Secrets of the Zoo: North Carolina in newly announced series’ coming this spring from Nat Geo WILD.

Nat Geo WILD is all about the “pawsitive” when it comes to animals and spreading great content to foster interest in the animal world.

Millan kicked off their week (starting Monday, May 18) as Nat Geo WILD unleashed a marathon of fan-favorite shows, celebrating the human-animal connection.

Cesar Millan returned to headline the network’s SIT, STAY, DOGS ALL DAY programming event, providing the latest dog tips including our exclusive on how to trim a dog’s nails.

“Every dog has its day, and we are thrilled to bring back Cesar — one of the world’s most renowned dog behavior experts — to help us showcase these furry friends for five full days,” said Janet Han Vissering, senior vice president of development and production at Nat Geo WILD in a press release.

The Dog Whisperer is back after its debut 16 years ago. People are working longer hours, and owners’ relationships with their dogs are suffering according to producers.

Additionally, dog adoptions have hit record highs — up to 90 percent in some major cities which is great, but there is a down side.

Cesar is here to help new owners deal with an assortment of canine behavioral problems at a time when we need our dogs the most.

Pet owners across America need help, and Cesar Millan is ready to show them the way. Cesar’s positivity is a beacon of light in troubled times; his can-do attitude and his heartwarming transformations make us feel like we can overcome all obstacles, starting with our own disgruntled, four-legged pals! Get ready for a new look and a newly energized and exuberant leader of the pack!

Watch our video below as Cesar Millan and his dog friend Sophia will show you how to file a dog’s nails.

Cesar says: “Most people like to clip the dog nails, [but] I actually love to file the dog nails. Why? Because it’s safer.”

He says: “The secret is to begin with massaging, that’s good see now she’s giving me back love.”

The act of putting a dig at ease and preparing them that you will be touching their paws is critical, as filing their nails is easier to do.