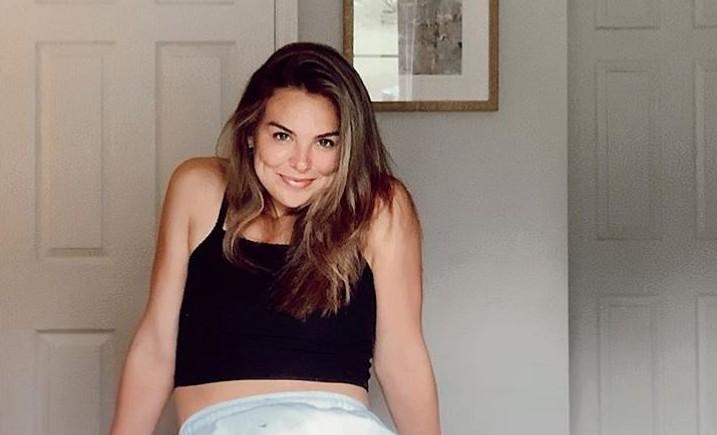 Bachelor Nation is more than a little upset with former Bachelorette Hannah Brown. Apparently, Hannah was on Instagram Live when she said the N-word, or rather sang it. Fans started calling her out and then when she tried to backtrack, they called her out again. Now, there are even Bachelor alums speaking out against Hannah’s inappropriate use of the word. Keep reading to get the latest scoop.

The Bachelorette was trying to recall the words to DaBaby’s “Rockstar” when the N-word came out. Hannah even reportedly even paused before saying it, but then continued on with the song. When fans started calling her out, she tried to backtrack fast. She said, “I did? I’m so sorry… No, I was singing… I’m so sorry… I don’t think… Maybe I did.” Hannah even tried to say maybe even her brother, Patrick, said it.

Fans started blowing up Twitter criticizing and condemning Hannah for using that word. They think she is being insensitive and is using her platform the wrong way.

After seeing people were calling her out, she continued her first apology. She said, “We don’t say that word…. So, you know what, I’m going to stay here, and y’all can think I said whatever I did or think I’m something I’m not, but I’m not that.” She continued,”Look, people are going to want to think whatever they want to think of me, get mad at me, whatever. And even if I did accidentally say it, I’m very sorry, I was singing a song and not even thinking.”

Hannah went to her Instagram stories once again to issue a written apology. She said, “I owe you all a major apology. There is no excuse and I will not justify what I said. I have read your messages and seen the hurt I have caused.” Hannah continued,  I own it all. I am terribly sorry and know that whether in public or private, this language is unacceptable.” She concluded saying,  I promise to do better.”

Bekah Martinez and Rachel Lindsay are two Bachelor alums who have already spoken out again what Hannah has said. Bekah went to Instagram to say, “How are people still gonna defend CELEBS with access to SOOO much privilege, knowledge, and education saying the N-word…even if it’s ‘just the lyrics to a song’…especially when that person had the wherewithal to skip over the F-word lyrics first.”

She continued on telling Hannah she should have handled it different. Bekah concluded saying, “So no, it’s not cool to just sing it along the lyrics of a song. especially not ON YOUR PLATFORM WITH MILLIONS OF FOLLOWERS?!! smh. it’s 2020. at least make a legitimate apology and acknowledge your behavior.”

Rachel also put out an Instagram statement condemning Hannah. She said, “It’s easy to make a statement. It’s easy to hide behind words, but when you’re bold enough to say the N-word on camera, on your platform… then you need to bold enough to use your face on camera and apologize in the same way you said the word.” Rachel admitted she was personally offended by Hannah’s actions today.