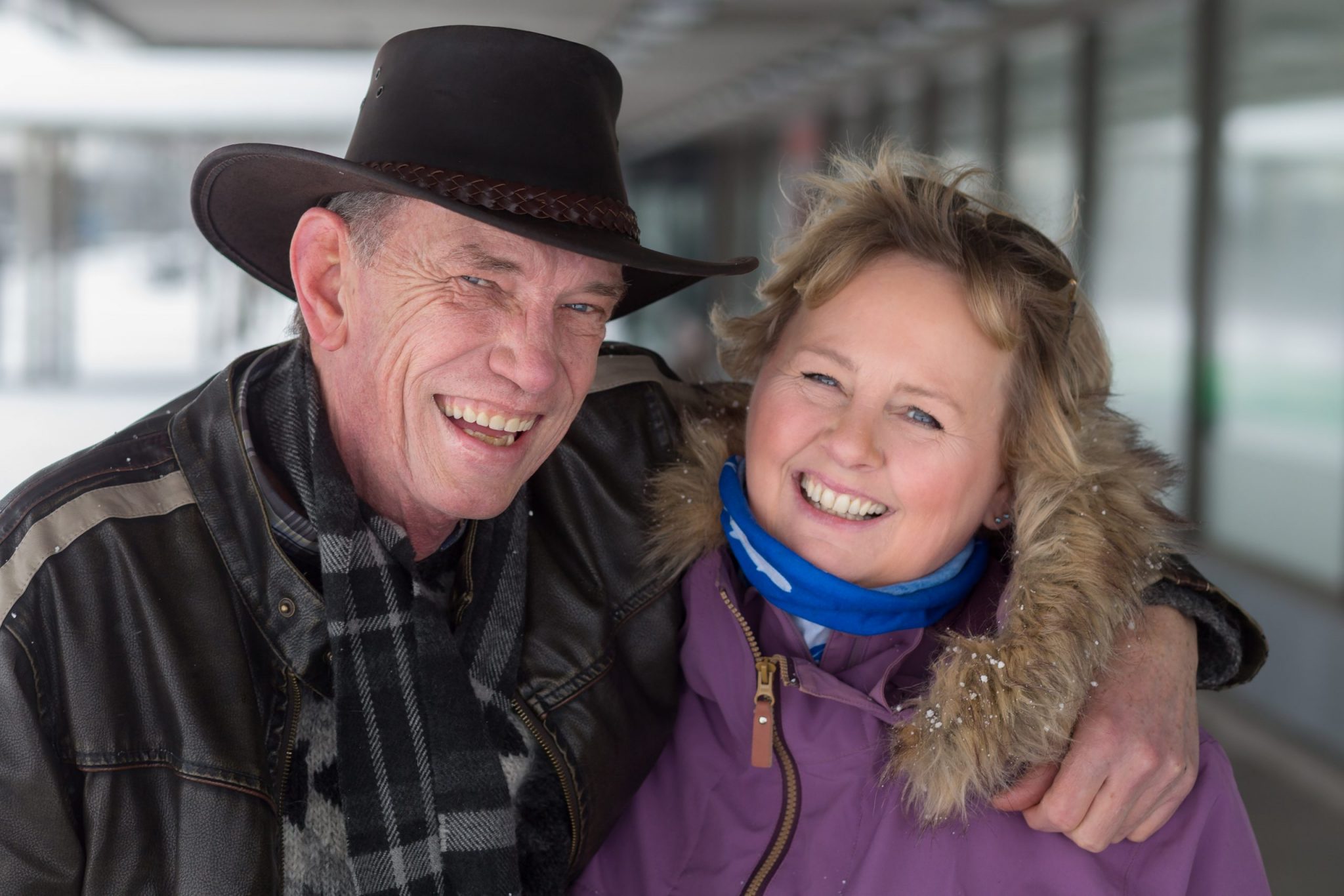 Investigation Discovery, the home for ID Addicts, has announced a slate of true-crime programming that will focus on the most recent newsmakers and personalities in recent American history.

ID Presents: Nine at 9 is a docuseries focusing on the eye-opening news stories of the day with in-depth coverage and shocking new details airing over nine consecutive days.

Discovery’s #1 network for true-crime programming have created nine back-to-back nights of jaw-dropping specials, filled with headline-making stories and iconic cases you will want to watch.

“ID Presents: Nine AT 9 is just what the doctor ordered: a prescription of powerful premieres of premium true crime content for our fans, every night, for nine straight nights, at 9 p.m. ET/CT on ID,” said Henry Schleiff, Group President of Investigation Discovery, Travel Channel, American Heroes Channel and Destination America in a press statement.

Who is Nine at 9 featuring?

Heading towards summer programming, ID’s nine-night event kicks off with the disturbed psyche of serial cannibal-killer, Jeffrey Dahmer, as his tale of horror is chillingly narrated from his police interview transcripts.

ID’s breakout hit series, An ID Mystery will focus on the controversial cause of death of actor Brittany Murphy; the disappearance and probable murder of Heather Elvis; the unsolved murder of college student, Faith Hedgepeth; the missing person case of 7-year-old, Kyron Horman; and unravel the complex mystery surrounding the disappearance of Jennifer Dulos.

Then ID brings the three-part expose, Who Killed Jeffrey Epstein?, exploring the eyebrow-raising suicide of the convicted sex trafficker.

This is followed up by the tell-all on Joe Exotic from the beginning with The Truth Behind Joe Exotic: The Rick Kirkham Story coming in June.

The complete lineup and schedule

Jeffrey Dahmer: Mind Of A Monster

The two-hour special is narrated by the words of Dahmer himself.   Transcripts and interviews revealed new insight on this cannibal killer. We get access to audio recordings from the extensive police interviews after Jeffrey Dahmer’s arrest.

“His twisted confession reveals new insights into what led Jeffrey Dahmer – known as the Milwaukee Cannibal – to rape, kill and dismember 17 young men between 1978 and 1991. In a heart-wrenching interview, his father, Lionel Dahmer, further details his attempts to get his son the help he so desperately needed. Home video footage from Dahmer’s childhood offers an intimate look into his relatively normal upbringing, putting Dahmer as an outlier of a typical serial killer’s psyche and shining a disturbing yet tragic revelation about his motives.

Producers interview Ronald Flowers, one of Dahmer’s victims who survived his attack. Also Dr. Park Deitz, a forensic psychiatrist who examined Dahmer; and an exclusive interview with Nicole Childress, a witness who tried in save a victim of Dahmer but failed.

Actor Brittany Murphy was a rising star who had so much going for her, but she was hiding some secrets. When she was found dead in her Los Angeles home at just 32 years old, people were stunned as her autopsy revealed she died of natural causes. Many believed foul play was involved.

“Details of her life and death emerge after her husband, Simon Monjack, and mother, Sharon Murphy, embark on a bizarre media blitz, creating more questions than answers. Then, within months, Monjack perishes under strikingly similarly circumstances – in the same bed he and Brittany once shared, only this time, allegedly with Brittany’s mother sleeping beside him.

Disappeared In The Darkness: An ID Mystery

This two-hour special examines the disappearance and likely murder of Heather Elvis, a young woman from Myrtle Beach, South Carolina. After beginning a relationship with a married man she meets through work, Heather received threatening texts. She ended the affair yet was involved in a mysterious rendezvous.

“Her ex-lover and his wife become the primary focus of the investigation, and soon a trail of dirty deeds is revealed: a kidnapping plot, a secret pregnancy, fraud, and ultimately obstruction of justice.

ID is privy to new information in a bid to explain what happened to Heather Elvis.

Who Killed The Co-ed? An ID Murder Mystery

When 19-year-old University of North Carolina college student Faith Hedgepeth is brutally murdered and then found in her off-campus apartment, new evidence leads authorities to a surprising conclusion.

“The murderer left behind a cryptic note, the murder weapon and even DNA, but over six years later, the case is still not solved. As suspicions mount, a voicemail from the night of Faith’s death proves to be a promising lead for investigators.

Back in 2010, 7-year-old Kyron Horman was at his Portland, Oregon school like any other child, but when the bus returned later that day, Kyron was not on it.

We learn law enforcement circled back to his stepmother, Terri Horman, the last person to see Kyron alive.

“Terri’s strange behavior and weak alibi lead investigators to believe that she is a person of interest in Kyron’s disappearance. Yet nearly a decade later, Kyron has never been found and no arrests have been made in the case.

Producers have new interviews and talked to Kyron’s family, including his mother, Desiree Young.

A picture perfect life in Kansas was what Kerri Rawson had, with her father, mother and brother. Yet during her childhood, a serial killer going by the name “BTK” was terrorizing the Wichita community. The BTK nickname acronym stood for his M.O., he broke into victim’s homes where he would bind, torture and kill his victims.

“Kerri remembers her father assuring her that the serial killer taunting their hometown would not hurt her. Years later, a knock at the door and a visit from the FBI would lead Kerri to learn that the man who raised her was engulfed in a horrifying double life.

Watch as this daughter came to realize her father was not the man she thought he was as we learn what lead him to this murderous life.

It was a suicide that no one believed. Back on August 10, 2019, Jeffrey Epstein was found dying in his prison cell, a violent and dramatic end to the mysterious billionaire who was the center of a pedo-porn ring. This financier supplied underaged girls to the power elite political figures and famous celebrities.

“Dogged by accusations of sexual abuse of young girls, Epstein is eventually labeled a convicted sex offender but leveraged his considerable wealth and power for preferential treatment at every turn – until his earth-shattering arrest for sex trafficking in July 2019, and his death a month later.

The official cause of death will be examined as producers unravel the bizarre circumstances surrounding his death. This three-part special is an in-depth look at this controversial man.

At age 50, Jennifer Dulos built a beautiful life in safe, New Canaan, Connecticut, living in affluence and raising her five children. But when she disappears in 2019, the rumors begin.

“At the time of her disappearance, Jennifer is embroiled in a contentious divorce and custody battle with her estranged husband, Fotis Dulos. The investigation pivots to Fotis and his new lover as the culprits, and as more details unfurl, both are arrested.

The story takes an even stranger tragic turn as producers set forth the disturbing timeline.

The Truth Behind Joe Exotic: The Rick Kirkham Story

This is the one you Tiger King-obsessed won’t want to miss. The last interview regarding Netflix phenom Tiger King, TV producer Rick Kirkham gives an explosive tell-all to expose the truths behind what he saw at the G.W. Zoo and his time with now incarcerated Joe Exotic.

“In this one-hour special, Kirkham shares insights into how his nightmare began, and how he faced his point of no return just three months after being hired to produce Exotic’s internet show. Kirkham knew he struck gold with the quirky cast of characters and captured all the content he could for his own reality show. But, after a fallout with Exotic, Kirkham found his entire collection of footage ravaged by an arson fire, a criminal act which has yet to be prosecuted.

Kirkham was targeted for more arson and fled the USA for Norway. Now, Kirkham reveals to us all the bizarre details in the Tiger King saga and shows ID viewers some exclusive footage he had of Tiger King that survived the fire.

ID Presents: Nine at 9 beginning Sunday, May 31 at 9/8c, for nine nights ending Tuesday, through June 2 at 9/8c only on Investigation Discovery.