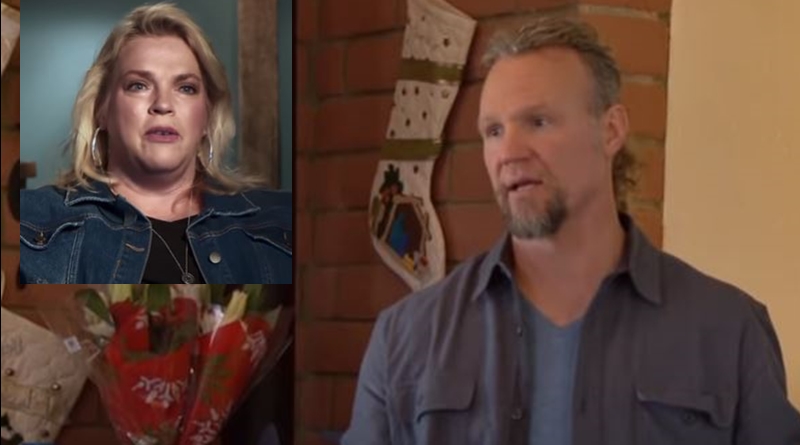 Sister Wives’ latest season ended recently. And, it deviated from the previous shows quite extensively. Many fans complained about the constant bickering between Kody and his wives about the giant home he wanted. They previously showed very happy scenes where everyone got along just swimmingly. Back then, fans complained their storyline was boring. So, with the switch, fans still found something to complain about. But, the season revealed a lot of issues possibly more like the truth. Instead of loving everyone equally, it seemed Kody just can’t keep them all happy. While many fans assume Robyn’s his favorite, it looked like that might not actually be the case. In fact, they also experienced some rather tense moments. So, is she actually his fave? Or could it be Janelle?

TV Show Ace reported in mid-April that a fan asked Janelle what he calls her. On her Twitter, she noted that Kody calls Robyn “Love.” But, personally, she prefers his term of endearment for her: “Sweetheart.” Now, that term of endearment seems rather nice in comparison to “Love.” Once, Kody referred to Mariah as a “sweetheart” when she was a young teenager. “Sweetheart” could refer to the fact that Kody and Janelle seem more like best buddies rather than lovers. How much easier to turn to a buddy for support and not a “Love?”

Obviously, over the years, Janelle and Kody enjoyed a romantic relationship. They produced a number of kids, after all. But, Janelle seems the only wife who actually enjoys the polygamous lifestyle. In fact, in the last season, fans saw that she put up her hand for them all living in one home. Meanwhile, Christine rejected the idea, Robyn seemed at best, lukewarm. And, fans noticed that Meri stayed quiet as though she feared saying something wrong. That whole season took Katie Joy of Without A Crystal Ball down the road of historical digging.

Janelle could be Kody’s favorite wife

Katie Joy explained in a recent video that she went back and read the book the Brown family wrote. Called Becoming Sister Wives, it came out on Amazon in 2012. She went there after figuring that Kody and Janelle were the only people in the show that never conflicted at all this season.

Actually, Janelle stood by her man all the way through, unlike Christine who came out the winner with her own home, but the loser in Kody’s book of good wives, it seemed. While Janelle scored all around, Katie reminds people that in the book, it wasn’t always that way. Janelle and Kody actually clashed quite a bit in the past.

In fact, when they lived in Wyoming, she stayed with Kody only because she believes that it “takes a village” to raise all the children. But the couple seems in a very good place these days. Notably, in the latest Sister Wives season, we saw Meri and Kody talking about romance or the lack of it. Plus, Robyn seems rather needy of Kody’s time, as does Christine. Christine came over as terribly jealous of Kody and the other wives. But Janelle said in the book, she can live without the romance and attention. Janelle prefers “intellectual” conversation and “companionship.”

Possibly it all works for Kody and Janelle to this day because she makes few emotional demands on him. Perhaps, that’s why they don’t fight and get along better than the rest. What do you think? Sound off your thoughts in the comments below.