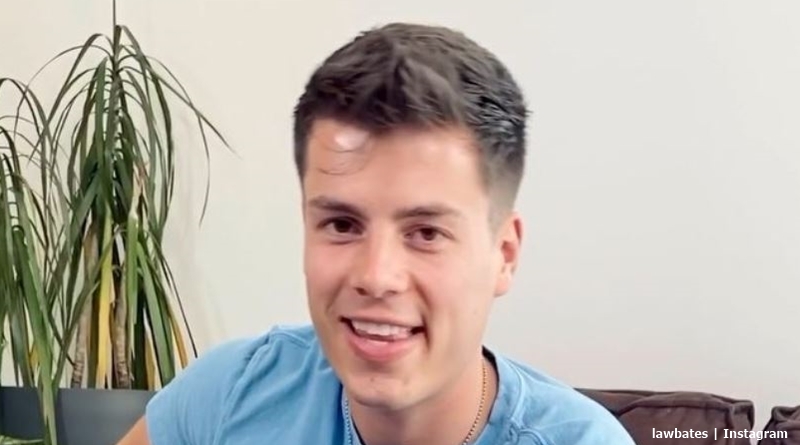 Lawson Bates, seemingly single, handsome, and daring is the darling of many fans of Bringing Up Bates. His big heart and willingness to pitch in and help make the family proud. Recently, fans saw him helping out the victims of the Tennessee tornadoes.  Now, Lawson just added a new notch to the achievements he racked up over the years.

Lawson Bates, still officially single, already impressed his fans with his achievements. After all, he’s well known for his singing and songwriting. Albums like What Country Means to Me, and Freedom Sure Ain’t Free impressed his followers. What else? Well, he can do stunt riding, missionary work, assist in disasters like the Tennessee tornadoes, and maintain law and order. No doubt, plenty of girls dream of such a man. But, many fans suspect that Lawson secretly loves Jana Duggar.

Still just a rumor, fans grew convinced that Lawson and Jana Duggar get close. That came after Carlin Bates shared a photo of them playing a board game. The Hollywood Gossip points out, that’s not very riveting. But, in the land of the Duggar’s it could show an attachment and even be a first step toward officially courting. Actually, think about that. Jana often volunteers in times of disaster, as well. Maybe they match in a way. Now Lawson Bates added a new achievement, and that is something Jana’s familiar with. Like Jana’s siblings, he became a pilot.

Lawson qualifies as a pilot

On Saturday, Lawson shared the news that he qualified as a pilot on his Twitter, Instagram, and Facebook. On his Facebook, some fans grew fearful at the thought of him flying small planes. There, some people urged him to stop adventuring now, and settle down with a wife. But, really? Lawson giving up his adventures? Not likely, fans think. Meanwhile. on Twitter, people mostly congratulated him, with one person teasing, “fly away with me.”

On Instagram, Lawson Bates also shared a photo of himself near a plane. He captioned it with, “After years of being a student, I finally took the time to get it done👨🏼‍✈️. It’s official. I’m a pilot 😅.” Then, he thanked Nate for “pushing” him. One fan said, “Good job Lawson!!! Welcome to the pilot family!!!!” Another fan noted, “congratulations Lawson ur amazing.” And naturally, others hope he finds a life partner. One follower wrote, “Congratulations now I need you guys to find some great girlfriends. 😂.”

After years of being a student, I finally took the time to get it done👨🏼‍✈️ It’s official. I’m a pilot 😅 . Nate, I couldn’t have done it without you pushing me to be better, and being a great instructor. Thanks 🙏🏽

Bringing Up Bates currently airs on UPtv. Season 9 already screened eight episodes, but if you miss your Bates family fix, the season’s not over yet. In the upcoming episode 9, fans see more of Lawson Bates. He joins Erin and Chad as they help Josie out with a painting project. Titled, Nesting Mode & Mommies on a Mission, watch out for it on April 30.

What do you think about Lawson notching up yet another achievement as a pilot? Sound off your thoughts in the comments below.

Remember to check back with TV Shows Ace often for more news about Lawson Bates.