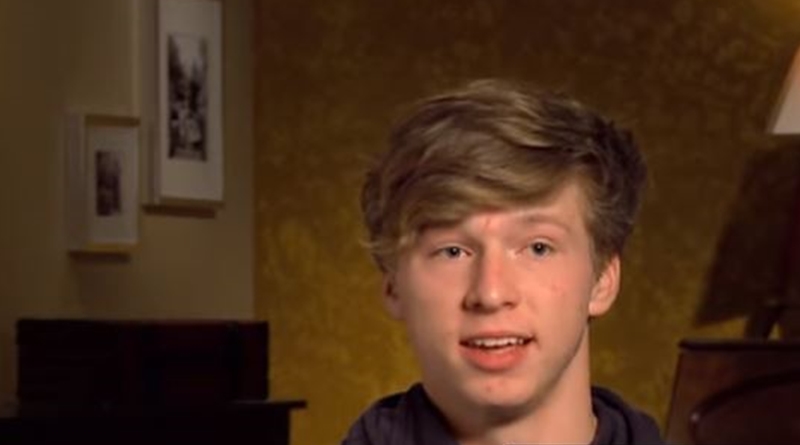 Sister Wives fans heard in June last year, that Gabe Brown crammed double classes so he could graduate early. In the latest episode of the TLC show, Janelle and Kody discussed his efforts. On April 12, Kody praised his hard work, as he studied through the summer. In fact, he worked about 40 hours a week, his mom said.

TV Shows Ace reported in June 2019,  that Janelle shared a photo on Instagram. It showed Gabe and his dad sitting together. At the time, Janelle told fans, “Gabe’s taken on the extra work as he hopes to “get into NAU this fall.” In her caption, she also mentioned, “caught this picture when they weren’t looking 😀.” She added, “Gabe is cramming two classes in over the summer so he can graduate early.” He studied a “government class …about The Constitution and The Bill of Rights.” Pointing out that’s one of Kody’s passions, she noted, “Here they are discussing the subject and Gabe’s class readings. I love this man.”

Unusually, for Janelle, she never opened the comments, and that seemed a bit odd. But, maybe that’s because the Sister Wives show actually covered it this week. Meaww reported that Kody couldn’t get why he rushed into completing his studies so fast. But, Gabe explained, “if he finished his senior year early, he would have a chance to go to the college of his choice and get free tuition.” Janelle’s really proud of her son for working so hard. She said, “Gabriel gave up his summer to do his senior year coursework. He worked 40 hours a week for 2.5 months to graduate early.”

Caught this picture when they weren’t looking 😀. Gabe is cramming two classes in over the summer so he can graduate early and start at NAU this fall. He currently has a government class and talking about The Constitution and The Bill of Rights is a passion for Kody. Here they are discussing the subject and Gabe’s class readings. I love this man.

Recall that Gabe seemed terribly upset about the move to Flagstaff. Bitterly unhappy, he clashed with his dad about it. Later, Janelle adopted a rescue dog which seemed to help cheer him up a bit. But, it certainly looks like he settled in now. He spent a great deal of his time studying. One fan commented on Twitter that they thought he studied hard so he could hightail it back to Las Vegas. Another fan wrote, “still feel bad for Gabe but graduating high school a year early is awesome.”

Another Sister Wives fan noted, “Way to go Gabe! Seeing him struggle last season was hard, it makes me happy to see him doing so well. He reminds me so much of my middle child.” Then, one said, “That’s determination & dedication!! It will serve him well in life. Gabriel, congrats on your hard work!!”

Gabriel basically gave up his summer to do his senior year coursework. He worked 40 hours a week for 2.5 months to graduate early. #SisterWives

What do you think of Gabe Brown’s magnificent effort to graduate early? Sound off your thoughts in the comments below.