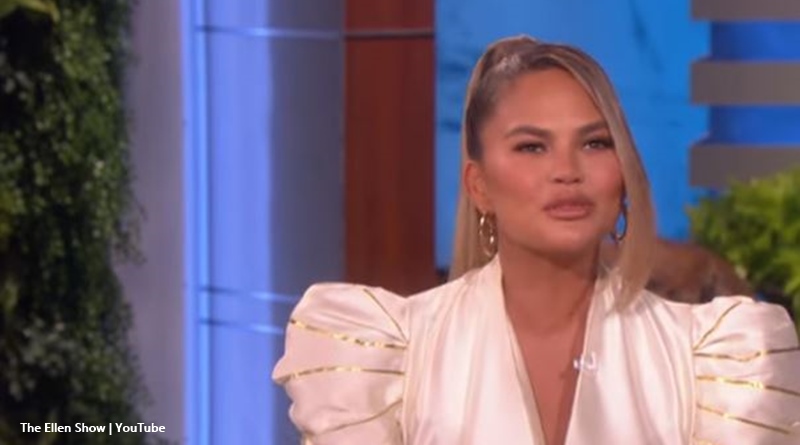 Chrissy Teigen seems stressed by the COVID-19 pandemic and some of her tolerance and sense of humor seem to wear off. In fact, she made a negative post about the coronavirus that seemed off-beat, fans thought. Now, she complained about the sheer number of favors she gets asked in her DMs. But, not terribly sympathetic, plenty of fans then posted up their own fake favor-requests.

Fans became used to Chrissy’s humor and funny posts. But lately, she seems a bit off-balance. And that’s understandable. After all, how many people feel comfortable with their lives turning upside down? The COVID-19 pandemic stresses everyone, but when Chrissy posted negatively, plenty of followers basically told her they’re not there for that. She talked about lockdowns until we all die. We reported that one person wrote, “Woah woah. This isn’t your job here @chrissyteigen. We need your content here for stuffed animals getting married, playing your b*tt melodies on @johnlegend‘s performances and amazing food content.”

Now, Chrissy posted another tweet about the coronavirus. This time, not about the illness itself, but about the number of people who reach out to them for favors in their DMs. Presumably, she talks about her own account and her husband John legend’s as well. Well, no doubt she gets loads of those. Actually, more than likely, she’s not the only person with a few dollars in the bank getting these requests. But once again, fans don’t want irritation and negativity from Chrissy Teigen. They still prefer her funny posts in this trying time. And, lots of people then posted up fake favors in the comments.

not to be a downer but what if this moves around the world at a consistent pace where we have a couple months of quarantine a year until we all eventually die https://t.co/kgrFeZIy2H

Not being very funny, it looks like Chrissy’s over people asking for favors. She shared a tweet about it. Her post said, “we are entering an unprecedented time of people asking for favors in the DMs.” Some people said they’d never ever think to ask for a favor. But others understood hard times could lead to that sort of thing. One follower joked, “I’ll tweet mine: please pay your bill.” Then a rash of fake favors came in. Some people jokingly asked if their favor-request triggered the tweet. One person wrote, “Is this because I asked you to drive to Cincinnati and walk my dog? Honestly, Chrissy [Teigen], I don’t see what the big deal is?”

Then fake favors poured in, and here’s what some people said:

And, one Chrissy Teigen follower pointed out, “But it’s okay [for Chrissy] to put out public tweets when you need romaine lettuce or Italian sausages.

Several people reminded Chrissy they’re not there for her complaints and negative posts. One said, “Ew I hate this tweet so much.” Another person commented, “You don’t have to do anything for anyone, except your family. When you feel like it, share a nice thing. We’ll appreciate that.”

What do you think about Chrissy tweeting about so many people asking for favors? Do you think she should have anticipated all those fake favor-requests? Sound off in the comments below.

Remember to check back with TV Shows Ace often for more news about Chrissy Teigen.