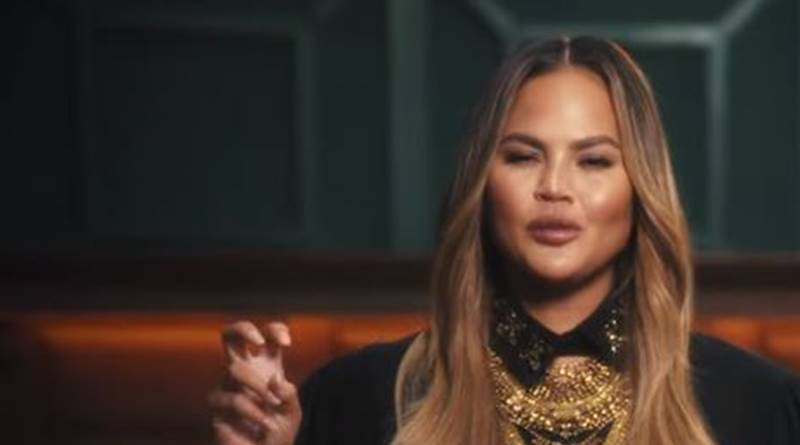 Chrissy’s Court, a show featuring Chrissy Teigen as a sort of Judge Judy, comes on April 6 on Quibi. The announcement about the show came in May last year. Since then, Chrissy advertised on Twitter for people with claims to contact her. Now, with a new trailer out, it’s reminder time for her fans to tune in on Jeffrey Katzenberg’s Quibi. Notably, it’s a subscription-based platform.

TV Shows Ace reports quite often on all the things that Chrissy gets up to. Her devoted fans adore her funny sense of humor. Actually, she engages with people a lot, including those sending in their stories, especially when it comes to cooking fails. Possibly, because Chrissy got so many established fans, many of them will sign up for a subscription to watch the show. Variety noted last year, that “each episode of “Chrissy’s Court,” sees Chrissy act as “judge” over one small-claims case.”

Similar to other shows, she’s not actually acting, and the “plaintiffs, defendants, and disputes are real.” Actually, Chrissy Teigen’s “rulings will be binding.” The difference for fans of Teigen is that she comes along with witty and cutting humor. So, they look forward to that. On Twitter, some of the people who contacted her already laid out the issues that they hoped for inclusion on Chrissy’s Court. One noted, “My postmates delivery guy I found outside my apartment eating my French fries.”

BOUGHT A BRIDESMAID DRESS FOR A WEDDING THAT NEVER HAPPENED? SHITTY ROOMMATE? SIGNIFICANT OTHER WATCH A SHOW WITHOUT YOU? NO CLAIM IS TOO SMALL!!!! IF IT’S PETTY, WE WANT YOU! 💵👩‍⚖️ 💵 SUBMIT YOUR CASES TO [email protected] pic.twitter.com/2dHgnMmqcO

Over on YouTube, the trailer shows a rather stern-looking Chrissy Teigen. She said, “Did your roommate steal your clothes and try to sell them back to you?” Then, she asked, “Have you been injured on the job — even if it was your own fault?” She gave a few other examples, enough to give fans an idea of the types of cases they can expect to see. She even mentions suspecting someone poisoned a pot plant or other issues with neighbors that could bring them a cash settlement.

The satirical Chrissy’s Court looks like a winner for those people who like shows like Judge Judy and The People’s Court. During the coronavirus shutdown, it might bring a little bit of humor and entertainment to many people bored at home. Will you watch it? Sound off your throughs in the comments below.

Remember to check back with TV Shows Ace often for more news about Chrissy’s Court.