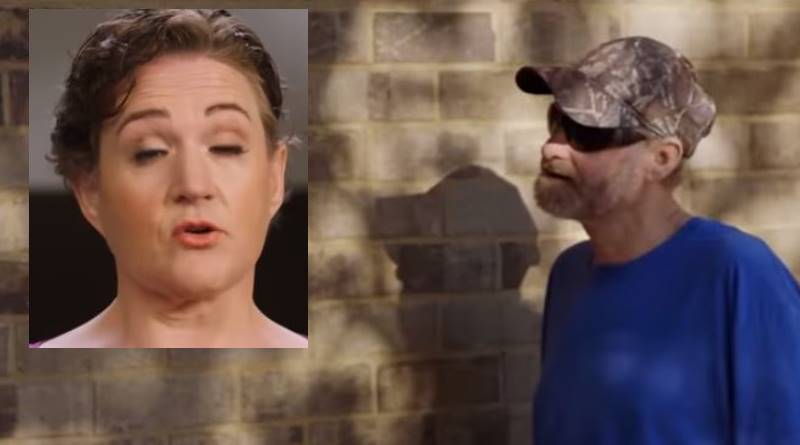 Mama June: From Not To Hot fans saw in May last year that Sugar Bear agreed that Pumpkin could have temporary custody of her sister Alana. But in the new season, Sugar Bear got upset that Alana opted to go to California instead of visiting with him over the summer. Sugar Bear’s wife Jennifer’s not happy either and they now contemplate getting full custody of Alana.

Mama June: From Not To Hot – Pumpkin got custody of Alana last year

TV Shows Ace reported in May last year, that Sugar Bear and Jennifer finally agreed that Alana could live with Pumpkin. However, the proviso was that she spends time with them. Plus, if she goes to a proper school, they wanted to see her reports. Well, in the current season’s premiere, fans saw Alana meeting with her dad at a diner. Pumpkin’s husband, Josh Efird, didn’t want her to tell Sugar Bear they planned a trip for Alana to go to California.

However, Sugar Bear persisted in trying to get Alana to commit to a weekend visit with him. In the show, we saw Alana eventually tell him that they planned a trip away. He forbade it. In the next scene, fans saw Josh basically tell Sugar Bear, “too bad.” Alana lives under his roof and he’s letting her go, end of story. Of course, that got the Mama June: From Not To Hot dad hot under the collar. Plus. at her hairdresser appointment, Jennifer banged on about how she’d make a better parent to Alana.

In the preview for the show, fans saw that Alana got into trouble with her sister Pumpkin for pretending to snort cocaine at school. It made the tabloid media long before fans even knew a new season came along. In August last year, TMZ ran the story. Well, that became a contentious issue with Jennifer and Sugar Bear who want full custody of Alana. In the preview, fans saw Pumpkin tell them that she’d “see them in court.” Pumpkin got angry with Alana for giving them a reason to try and take her away.

This all came about after June ran off with Geno and spent time gambling in casinos. Alana cried because her mom promised her she’d never leave her kids for a man. While it became common knowledge that Alana started school and lives with Pumpkin, it looks like Sugar Bear’s had a change of heart. So, in the preview for the next episode of Mama June: From Not To Hot, fans saw him and Jennifer discussing getting her back into his custody.

Is Alana still with Pumpkin?

The show got filmed a while ago. So did they compromise, or win Alana back? Over on Instagram, it’s pretty clear that Alana still lives with Pumpkin. A string of posts by both of them shows that Alana still lives with Pumpkin, her niece and her brother-in-law. Fans really hope it remains like that, as the Mama June: From Not To Hot kid’s already gone through hell and back with her mother’s antics.

My sister and her husband blessed our family with the sweetest bundle of joy on planet earth . OK , I may be a little bias but I believe it to be completely true . I have never been baby crazy , but this sweet-cheeked angel is the only exception . I am at an age where I do not want children yet , i’m just to young but being able to love on my niece like she is my own is so amazing . From making sure the car seat is strapped in properly before every trip , to watching baby girl breathe while she sleeps , you'll never meet someone , besides mommy and daddy of course , who is more concerned with the safety of that little person than me . There is something about being an aunt that is so fun . An aunt is a person you go to when you think you're in trouble or when you want something mom and dad said you couldn't have . An aunt is someone who takes you to get ice cream and play in the park to cool down after having a temper tantrum . I can't wait to be the one she runs to . Being an aunt means you get to be fun . Not to say I wouldn't correct my niece if she were behaving poorly , but for the most part , i get to giggle and play and leave the hard stuff for mommy and daddy . As of right now I only listen to the sweet coos and hungry cries but I am fully prepared to listen to all the problems in her life in the future . By the time my niece needs advice , hopefully , I will have all of my life lessons perfected into relatable stories . Anything you do in life sweet girl , I will be cheering you on . I already know you are going to do great things . The love I have for my niece is so pure . Its the love that is just there . I don't have to choose to show love every day , I don't have to forgive , I don't have to worry if it is reciprocated , it is just there . I cannot wait to watch my precious niece grow into the amazing person that I know she is going to be . i love you ella 💓 @ellagraceefird

What do you think about Sugar Bear and Jennifer wanting Alana back in their custody? Sound off your thoughts in the comments below.

Remember to check back with TV Shows Ace often for more news about WEtv’s Mama June: From Not To Hot, Family Crisis.

Has ‘Welcome To Plathville’ Been Renewed For Season 5 Yet?
‘Today’ Hoda Kotb Struggling With Day Job Amid Feud?
Chase Chrisley Wants Emmy Medders OUT Of His House
Are Khloe Kardashian & Michele Morrone Hooking Up?
What Is Jenna Johnson Up To On Her Maternity Break?