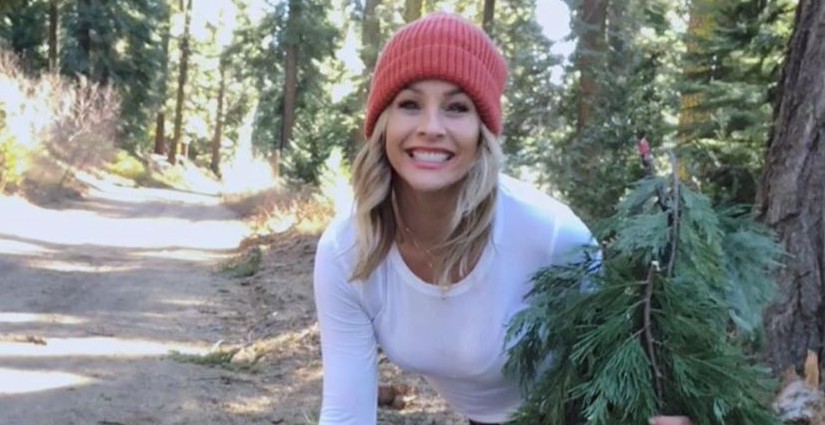 Clare Crawley has been around The Bachelor block so to speak. She first debuted on Juan Pablo’s disaster season of the show where she finished second. She was then on back-to-back seasons of
Bachelor in Paradise where she once again left single. When Bachelor Winter Games rolled around, she decided to give it one more try. At the end of the short show Clare got engaged to Benoît Beauséjour-Savard. Their engagement didn’t last long, but the two remain close friends. Now, as Clare’s season of The Bachelorette is about to start filming, she was spotted out with film crews and none other than her ex.

Why was Benoît Beauséjour-Savard with Clare?

Cosmopolitan shared news of the sighting of these two together. Since breaking up, Clare and Benoit have continually supported each other in all their ventures. He recently took to Instagram to share his support of Clare. Benoit said, “Congratulations to this gem!! She will be an amazing Bachelorette. She is smart, fun, strong, knows what she wants, and most importantly, she will call out the guys messing around!! Hell yeah!! Good Luck on your journey to find love @clarecrawley !! You will be the best.”

Perhaps them filming together is to give fans a look into Clare’s past love life and also maybe to give her some on camera closure.

Tonight on Peter Weber’s season of The Bachelor, fans will be introduced live to Clare Crawley. If producers follow what they have been doing in recent seasons, she will be meeting five of her men tonight. Clare’s season is set to beginning filming this Friday in Los Angeles.

Normally the cast would be traveling overseas for a portion of the season, however, with growing coronavirus fears that has been placed on hold. Reality Steve has shared one location already. Clare and the boys will be filming in Chattanooga, Tennessee towards the end of March for episode 4. He is pretty sure many of her dates will be spoiled on social media being that they must remain stateside.

While no other locations have been announced by Reality Steve, he will share those with fans as soon as possible. In the meantime, everyone get ready for the season finale of The Bachelor. It looks like it is going to be a wild ride as Peter’s dramatic, insane journey comes to an end. Will he end up alone or engaged? Stay tuned.