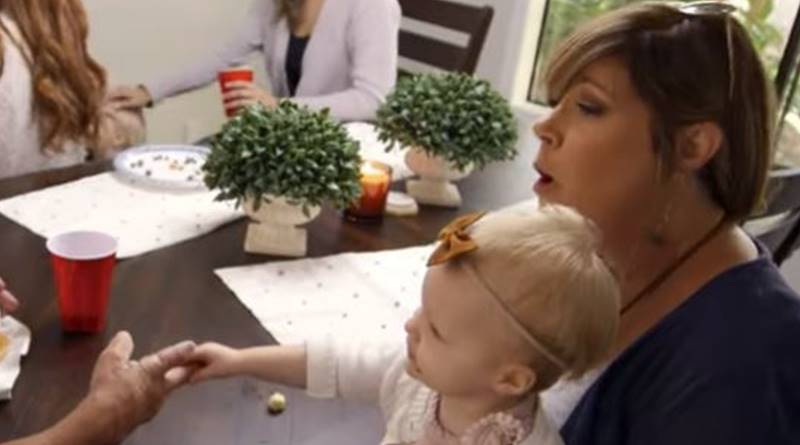 LPBW fans heard that Caryn Chandler went in for foot surgery this month. At the time, she explained she suffered from a painful bone spur. And, lots of fans offered her encouragement as many of them felt afraid of the procedure. Now, she’s on the mend and getting around a bit.

Caryn took to her Instagram on Thursday to share some adorable pics of Matt’s grandchildren. Always careful to not call herself their “grandmother,” out of respect for Amy she nevertheless loves them to bits. The kids know her as “Cha Cha,” a term of endearment. Irrespective of whose bloodline they come from, fans think she’s very lucky to share in this extended family that Matt Roloff loves so much.

TV Shows Ace reported that many fans felt afraid of the surgery that Caryn underwent. However, she urged them not to wait and just get it done. And, a week later, she’s already on the mend. After being laid up from her surgery which she admitted was a bit “owie” afterward, she’s getting out a bit now. Caryn captioned her post with, “All the sweet babies were around today!” Then the LPBW star noted that she’s happy she’s “gettin around better to be able to enjoy them.”

Fans comment on Caryn getting better and the little ones

Little People, Big World fans still hesitant about the surgery really hope the recovery period wasn’t too painful. Others wrote about how fun it must be with the grandkids all around. The pic she shared included a shot of Tori outside with Lilah, Audrey, Zach, and Jackson with his cousin Ember. Caryn stood by the swing with Ember and Jackson. Maybe Matt or Jeremy took the photo.

One LPBW fan said to Caryn, “Caryn. Glad you are recovering well. What adorable pictures. Your love shines through them. Blessings ♥️.” Another one noted, “Ah cha cha is on the go again that’s amazing. Beautiful photographs of you and bode and Lilah Jackson and ember zack and tori and audrey. 💖💖.”

Some fans discuss the foot surgery

Some fans talked about the foot surgery. One said to Caryn, “Glad your foot is doing better. I need to get mine scheduled but the thought of having to stay off of it for four weeks doesn’t sound like fun.” Then another person noted, “Please tell me it hasnt been too bad???” It sounds like a few people still put it off, unlike the LPBW star.

What do you think about Caryn getting a bit more mobile and on the mend now she’s had her surgery? Are you putting off having the procedure done? Sound off in the comments below.