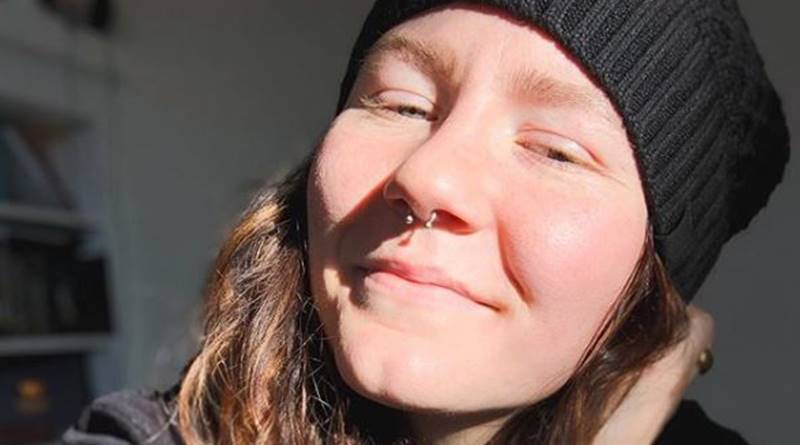 Sister Wives star Mariah Brown has been feeling bleak in gloomy Chicago. Really happy to get up and out and enjoy the sun, she told her fans that she thanked it for shining. Mariah already struggles with mental health issues, so no sun only adds to feeling low. So, some fans know exactly how she feels.

Sister Wives – Mariah talks about the sun and thanks it

Mariah took to her Instagram on Sunday. She shared a photo of her sitting on a rock. It looks cold and damp. In a lengthy post, Mariah explained why she thanked the sun. She wrote, “you know, when the sun has been absent from you life for days on end, you start to fcking feel it, (sic).” She then added, “it makes me feel really grateful for the chances i get to greet the sun each morning, to thank it for its light and energy.”

Talking about Chicago, she said that at least even on “gloomy” days, she knows it’s there, “just beyond the clouds just waiting to warm the earth with its rays.”

Talking about how bleak she feels, she noted, “i’ve let myself sit in that bleakness.” However, she also spent time thanking and calling “in the sun via suryanamaskar.”  She salutes the sun but “nothing beats the real deal, vibrant vitamin d from the sun.” Then the Sister Wives star said, “thank you sun.”

you know, when the sun has been absent from you life for days on end, you start to fcking feel it. it makes me feel really grateful for the chances i get to greet the sun each morning, to thank it for its light and energy. even on these grey chicago days, i know that it’s there, just beyond the clouds just waiting to warm the earth with its rays. — — and to be fair to myself, the days without the sun have been a little bleak. i’ve let myself sit in that bleakness while continuing to thank and call in the sun via suryanamaskar, salutations to the sun. but nothing beats the real deal, vibrant vitamin d from the sun. — — and then there’s the sun — thank you sun.

Salutations to the sun is from yoga

If you think Mariah’s lost her marbles, relax. It actually comes from Yoga. Art Of Living explains, “Sun Salutations (Surya Namaskar) are a sequence of 12 powerful yoga poses with profound benefits that have been written about for thousands of years.” The site even brings a video which you can see below, to learn how to do it. It’s not surprising really, that Mariah does a lot of yoga. TV Shows Ace reported in May last year, that she studied it.

The Sister Wives star went over to Bali where she “officially qualified as a yoga teacher.” At the time, Janelle Brown commented about how much she looked forward to doing some yoga with Mariah in the future. And, at the time, fans loved her new direction. After all, it’s well-known that Mariah struggles with her mental health. And, Yoga’s apparently a great way to deal with it. Certainly, living in bleak and cold conditions would get her down. Hopefully, with her yoga and the help of her therapist, Mariah stays strong until spring puts an end to dismal days in Chicago.

What do you think about Mariah thanking the sun? Did you think she lost her marbles? Or, did you know it’s simply a set of yoga exercises? Sound off your thoughts in the comments below.

Remember to check back with TV Shows Ace often, for more news about the cast of TLC’s Sister Wives.