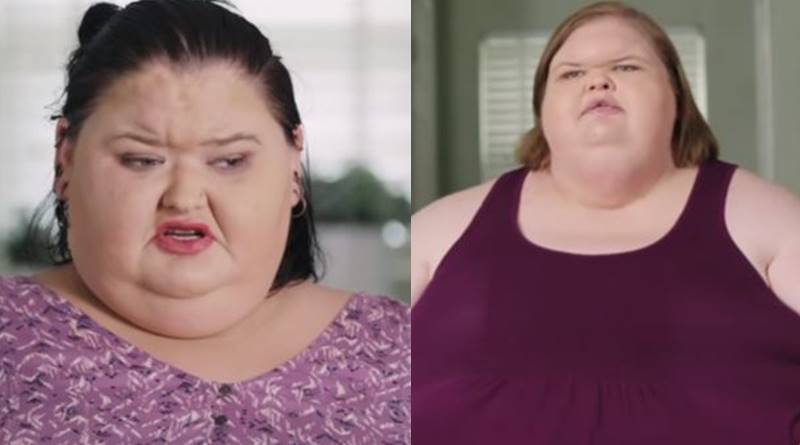 1000-Lb Sisters, Amy Slaton and Tammy differed in their approach to their weight loss struggles. Fans saw that Tammy, who weighed much more than her sister, seemed reluctant to motivate herself. In fact, a lot of that fell to Amy, who really made an effort. But, when Amy lost enough weight for her bariatric surgery, Tammy just felt hurt. Now, Tammy gets slammed on Twitter. But, over on Instagram Amy racks up the love.

Taking to her Instagram on Sunday, Amy shared a photo of a fruit medley. She captioned it with, “Breakfast of champions.” Many fans responded to that and here’s what some of them said:

Over on Twitter, it becomes obvious that Tammy’s not anywhere near as popular as her more successful sister. When Amy managed her target for surgery, Tammy never celebrated with her. Instead, she bemoaned the fact that she doesn’t get enough help. Plus, through the season, fans saw her blaming her loss of weight fails on Amy who she felt didn’t help enough. Eventually, Dr. Proctor told her that her weight loss is “her responsibility.”

1000-Lb Sisters critics slammed Tammy. One said, “Good job Amy!! I’m rooting for you!!! Tammy has no one to blame but herself!” Another critic noted, “Tammy is sabotaging Amy’s weight loss. She will be bed-ridden soon to only totally rely on Amy.” This observation continued the outcry against the larger of the two sisters: “Tammy is very selfish, self centered, whinny and insufferable. She put herself in that situation and blames everyone else. And she thinks scales should be higher??”

Tammy that is Amy and Michael's place. You are an adult. It's time to grow and take charge of your health.#1000lbsisters

What do you think about Amy trying hard and getting love on Instagram? Do you think the Twitter users are too harsh on Tammy? Sound off your thoughts in the comments below.

Remember to check back with TV Shows Ace often for more news about TLC’s 1000-Lb Sisters.