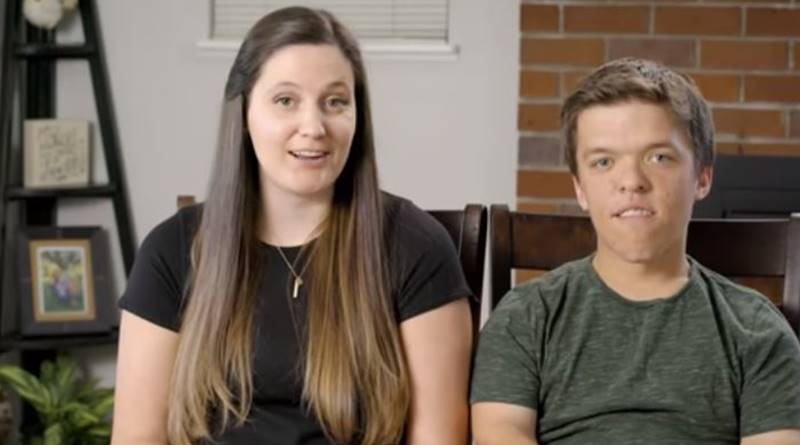 LPBW fans wait for another season of the popular TLC show. Earlier this month, Amy told her fans they could expect it sometime around spring. Now, Tori Roloff confirmed this prediction on her Instagram Story. At one stage, fans wondered if the show would actually return. Fears came after Jeremy left, and then Matt Roloff bought out a section of the farm from Amy. But, the good news is that it returns soon.

LPBW fans worried about the future of the show, but it returns, Tori Roloff confirms

After Jeremy and Audrey left the show Matt Roloff noted on Instagram that he thought long and hard about continuing. But, luckily he decided they still have plenty of “stories to tell.” Relieved fans then waited for last year’s season that showed him offering Amy a buy-out. Some fans, disappointed with the direction of the show, hated that Tori and Zach squabbed a lot. In fact, they also got all worked up and many fans felt Matt was trying to push Amy out.

But, Amy seems fine with the deal and now she adjusts to her new life living in town. In fact, she mentioned that fans will see her move in a new season of LPBW. TV Shows Ace reported, “At the end of her [Instagram] post, Amy revealed that LPBW will be airing on TLC very soon.” She said fans could probably expect it around about spring. It came when she explained how living in town seems quite different to her, but she’s adjusting. She also said the move will feature in the upcoming season. And, Tori now confirmed that spring prediction. It came in response to a question by a fan.

Sunday brunch in the new house😊. Woohoo! It’s been an adventure so far, definitely another BIG change in my life, after 30 years living on 33+ acres, and really not sure how to feel about it all. It might all hit me later but what I do know, this change was necessary. It’ll take time getting use to- living in a neighborhood, being in a new house and making it a home ♥️🏡♥️. I’m ready though and I like my new house. In the meantime I’m fortunate, after 30 years living on the farm, that I get toI put on myself time, til end of January, to purge and completely move out my things and Keep what I really want and / or need from the farmhouse and take to the new house. Whew! Purging is the tough part and a good thing at the same time. Chris has been wonderful helping me do projects at the new house too. Couldn’t have done it without him. Thankful 🙏🏻. ♥️ Oh yeah more of All the details on my move will be a new season of @tlc #littlepeoplebigworld when new season episodes air maybe sometime in the spring. 🎉😄🎉What changes are you needing or feeling you need to make in 2020? What Things you hope don’t change? #amyroloffssecondact #storyofamyrandchrism #amyroloffsnewhouse #bigchange #bigmove #newadventure #lovebeingagrandma #lovemyfamily #lovemykids #community

Fans of the show saw the last of the episodes in June last year. Hopefully, this time it also starts well before June. So, it might not be long until fans see an official announcement date from TLC. InTouch Weekly reported that the Roloff family could show so many things in the new season. There are two new grandchildren in the family. Audrey and Jeremy don’t feature on the show regularly, but Matt also said they won’t hide in the closet. So, maybe fans see the birth or part of the story about Bode.

Then, LPBW fans know Tori Roloff and Zach brought their new baby, Lilah into the world. Plus, Jackson’s growing up, and fans can’t wait to see more of him. Amy’s move is quite a big storyline as well. Plus, rumor has it that Caryn Chandler might feature a bit more. In fact, the new season might revisit Zach’s health issues as well.

Are you excited for a new season of LPBW? What do you hope to see in it this time? Sound off your ideas in the comments below. Remember to check back with TV Shows Ace often for more news about TLC’s LPBW.

‘Sister Wives’ Fans Have BIG Questions About Drake The Dog
Tori Roloff Says Her Heart Might Burst, Why?
Is Kody Brown The Real Reason Meri Only Has One Child?
‘American Pickers’ Is Back With New Episodes: Will Frank Be Back?
‘Too Large’ Update: Corey Phelps Goes From Homelessness To Graduate