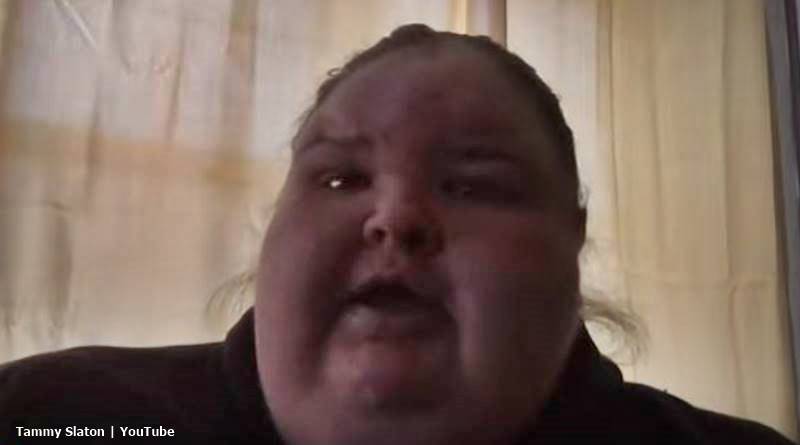 1000 Lb Sisters cast members, Tammy Slaton and her sister Amy both shared on social media about being featured in their local paper. They sounded delighted at the time. But, now it turns out that Tammy’s been very ill. She made a return to YouTube on Friday and apologized to fans for not keeping up with all the DMs and messages.

1000 Lb Sisters celebrated being in the local paper, but actually, Tammy’s been ill

When the local paper carried their story in mid-January, TV Shows Ace reported that both of them shared about it on social media. No hint came that Tammy felt very under the weather. But, it now turns out that she’s been ill since mid-December. And, she seems very sick on her YouTube update as well. From her description, it sounds like Tammy, like others in the USA, struggles to get over flu-like symptoms this season.

The CDC’s Flu Index noted on January 18, “Key indicators that track flu activity remain high and, after falling during the first two weeks of the year, increased slightly this week.” And, it sounds like flu is what Tammy suffers from. She explained in her YouTube video that she can’t get rid of the blocked sinus and her bad chest congestion. Plus, she’s losing her voice. In fact, she really sounded unwell and full of the sniffles. To top it off, the 1000 Lb Sisters star said she also suffered from diarrhea. But, luckily that’s clearing up now.

Tammy Slaton apologizes to fans, can’t keep up with messages

As she’s feeling so unwell, Tammy can’t keep up with all the messages and comments on her various social media accounts. She noted that she’s on TikTok now as well. In fact, with messages and comments from Twitter, Instagram, and more, she gets thousands a day. But, in the comments, fans reassured her that she shouldn’t worry about that. They prefer her to focus on getting well. After all, she’s losing weight, but still dangerously obese, which causes health complications in the first place.

In her video, the 1000 Lb Sisters star also updated on other things. She’s been suffering a lot of pain in her knee lately as well. She explained that she tries to use her walker less these days, and somehow she twisted her knee. She explained that her knee really got very swollen and painful. After about a week, she had no Tramadol, so she eventually decided to go to the hospital. And she wanted an x-ray but only two people held her up, so she fell on the floor. But, she’s relieved they discovered that it’s not her “gout playing up.”

It’s quite a lengthy update, so you can watch all of it in the embed below.

What do you think about Tammy struggling with ill-health right now? Do you hope she gets better soon and stops worrying about replying to all her fans until she does? Sound off your thoughts about it in the comments below.

Remember to check back with TV Shows Ace often for more news about TLC’s 1000 Lb Sisters.