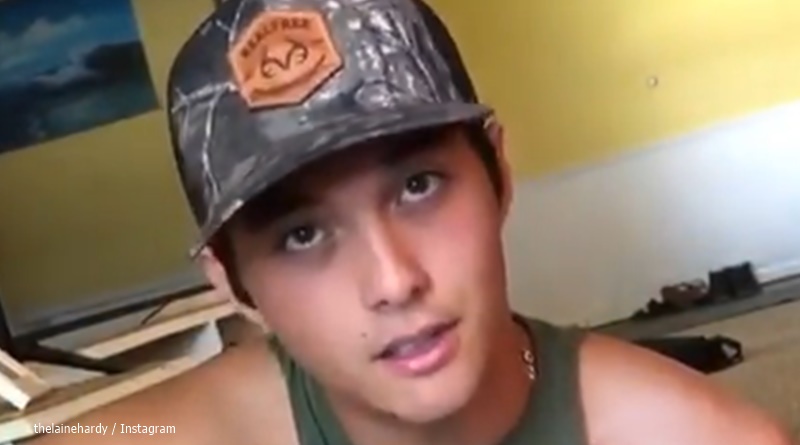 American Idol 2020 comes back in February this year. The 2020 show sees Luke Bryan being rather strict on contestants. While fans look forward to the return, last year’s 2019 winner Laine Hardy promises more new music. And, his fans can’t wait for it. They never saw much new stuff emerge as he’s been really busy touring.

The new show, set to premiere on Sunday, February 16, 2020, seems likely to carefully screen out those who don’t deserve to make it through to Hollywood. In fact, TV Shows Ace reported that Luke Bryan, in particular, won’t hand out too many second chances. We noted that the preview shows him tell one girl, “no from me.” But, Katy Perry gets her outside on the street where onlookers cheer her on. It looks like she made it through.

Meanwhile, Lionel Richie thinks the backstory to contestants is equally important. So, expect some tear-jerker backstories to some of them. Laine Hardy’s successful season also brought a fair share of those who found an outlet through music. In a hard-fought battle for the American Idol crown though, Laine took it away. The fans saw him do a whirlwind city tour and many interviews. But, since his single at the finals, “Flame,” those who don’t follow him avidly lost touch. He’s been really busy with tours, and these continue in 2020.

Songkick notes that Laine’s current schedule includes him appearing at The Barn in Sanford, FL on February 28. Then, he appears at the Jacksonville Equestrian Center, in Floriday the next day. After that, expect him at La Porte County Fairgrounds, La Porte, IN with Toby Keith on July 16.  Maybe in that gap, he’ll get on with new music for his fans. Actually, they seem really thirsty for more. It’s been ages since he signed his record deal, after all.

Since his initial American Idol win, media coverage slowed down on Laine. He did make some headlines though when he sang the national anthem ahead of the Saints-Vikings playoff game on Sunday, Jan. 5. That got reported by the Louisana Livingston Weekend. According to their audio, he’s “got a lot of music in [him],” but writing new songs is a challenge. It’s all quite “new” to him. But, fans can hope for that as he took to Instagram to talk about new music this weekend.

Thank you @saints for letting me sing the National Anthem today! #whodat

On his Instagram, Laine shared a picture of him playing around in the mud in his buggy. He captioned it with, “Who’s ready for some music? The wait is almost over, y’all just hang on 😏.” Fans reacted, as they grow a bit impatient. However, they were nice about it. One said, “Please release it soon!” Another wrote, “Can’t wait for more music dude!! You’re a gem!” Meanwhile, the frustration from his adoring fans came in this comment: “yes please. i need more music like now lol.”

American Idol winner Laine, still pulls in loads of fans. His Instagram following rocketed to over 600k followers. That’s a massive increase from the couple of thousand after his first attempt with the show in 2018. If his new music comes out soon, as promised, maybe those numbers will also rise.

Who’s ready for some music ? The wait is almost over, y’all just hang on 😏

What do you think about Laine Hardy promising his fans new music soon? Are you hoping 2020’s the year we hear more from him? Sound off your thoughts in the comments below.

Remember to check back with TV Shows Ace often for more news about American Idol 2020.